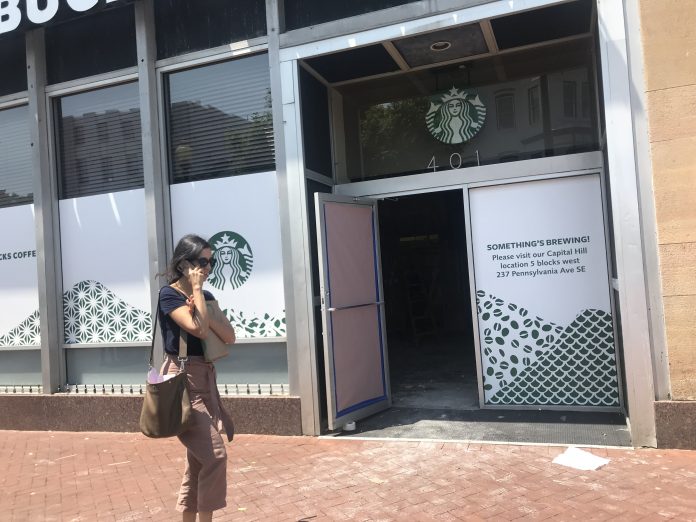 A spokesperson said that the coffee shop interior would get a total refresh.

The windows have been covered in order to facilitate construction, which led some observers to fear the coffee shop had permanently closed.

The Starbucks is located on a block of Eighth Street SE that has been the subject of a great deal of discussion. In March, Barracks Row Main Street started a petition to ask that the Metropolitan Police Department (MPD) establish a temporarily pop-up police station in the area, a proposal declined by MPD.

Work is expected to take two weeks. The coffee shop is slated to reopen Monday, June 17.