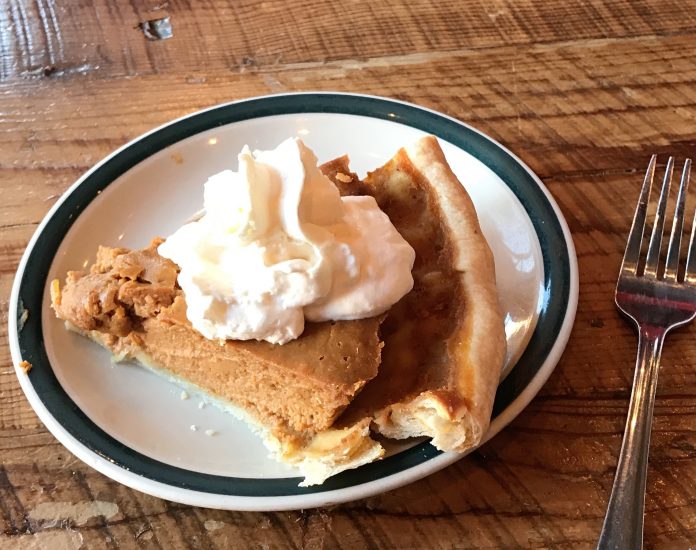 Dangerously Delicious Pies (1339 H St. NE) has circulated a petition asking the community for support after neighbors voiced complaints to Advisory Neighborhood Commission (ANC 6A) about noise from the venue above the restaurant.

The owners opened a concert venue called The Pie Shop above the restaurant in July 2018. The space has a capacity of about 65 persons as well as an outdoor patio, and hosts a variety of shows, from rock ‘n’ roll and indie bands to Saturday afternoon children’s performances.

The petition does not go into details, but asks neighbors to support the 11-year-old pie shop in the face of complaints from neighbor who moved to the area the previous year.

We, an established DC small business, literally a mom and pop business run by a husband and wife team for over 9 years in the H St corridor, are being challenged by a neighbor who moved in just 1 year ago. We need your support! Please sign our petition: https://t.co/yVSbpwumaO pic.twitter.com/i57UEK9Qh4

ANC 6A Alcohol Beverage Licensing Committee Chair Jay Williams said that a neighbor raised concerns with the ANC about noise from the second-floor venue reaching the second floor of his home across the alley.

All restaurant liquor licenses are up for renewal this year. The ANC already has a Settlement Agreement (SA) with Dangerously Delicious Pies. The SA is a contract between the business and ANC stipulating terms of the liquor license. Williams said that ANC 6A wants to ensure noise mitigation is part of that agreement.

“The only method the ANC really has for leverage is a protest at the license renewal phase, which is what we’re doing.  But that does not mean we are challenging their full license,” he said.

Williams said that the reason the ANC is filing a protest is because of the way the process is conducted by the Alcohol Beverage Regulation Administration (ABRA). There no mechanism in the application process to guarantee that discussions take place between a business and a community. If one party does not agree to the SA, the agreement is totally set aside and the application process moves forward without it, unless a protest has been filed. ABRA Resource Officer Sarah Fashbaugh has recommended that ANCs should indicate to ABRA and business that they will file protests as a matter of routine when an SA is not approved.

In response to tweets on the topic from the Hill’s own Barred in DC, which wrote a lengthy post on the matter Wednesday, residents expressed support for the restaurant and venue, noting that newly arrived homeowners should be aware of the character of that neighborhood.

Even if the deck is new or not,
The pie shop sits between the beer garden & H st country club. Both with huge, longstanding outdoor spaces that stay open late.

H st is a nightlife strip.
I feel for light sleepers nearby but it's something to consider when making it your home.

On Twitter, The Pie Shop said it is merely doing diligence to show the complaints are not representative of the neighborhood or community view of the restaurant and venue.

an attempt to unobtuse af it. Thanks for the support pic.twitter.com/3LEBc0VKOV

“The ANC is just doing their job,” The Pie Shop wrote in a Tweet. “Representing ‘the community’.

“However[,] we don’t believe this man does or should be the representative of our community. And because small businesses don’t really have representation in these situations to defend themselves (unless you can afford thousands and thousands of dollars in lawyer fees) we are asking our supporters, the real community, to show there’s strength in numbers.”

The first hearing (the roll call hearing) on the liquor license takes place 10 a.m. Monday, May 20 at the Frank D. Reeves Municipal Center (2000 14 St. NW, Fourth Floor). At that hearing, the date will be set for future discussion on the license as warranted.