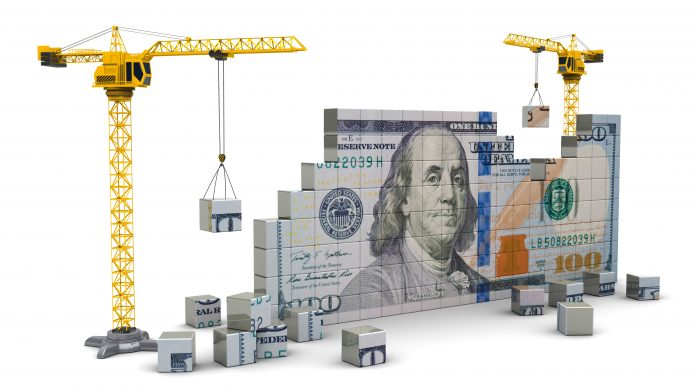 But what can government do to accomplish these goals? What actually works? Tax incentives are often the mainstay of state and local economic development programs, including the high-profile effort to lure Amazon’s HQ2 with literally billions of tax subsidies.

Incentives in the form of tax breaks, because they’re selective and provide financial assistance to specific companies, should be regarded as business subsidy programs. A close review of this method of economic development shows that it often does not live up to expectations.

Part of the challenge of tax incentives is that they are buried in the tax code and rarely reviewed to answer key questions about whether they are working or not. How many jobs are they creating? What kinds of jobs are they creating? How much new business was brought in? If a tax incentive program is not delivering on its goals, it should be amended or even eliminated. That would allow money to be directed to other things that support economic growth, like investments in transportation and schools.

These challenges are found in DC as in many other jurisdictions. Indeed, we learned over the last year that DC’s major economic development tax incentives – to promote high-tech – cost a lot but deliver little. It’s time to review them.

Why It’s Hard to Make Tax Incentives Work Well
There are a number of challenges in designing successful economic development tax incentives.

First and foremost, taxes are a small share of business expenses. The Institute on Taxation and Economic Policy (ITEP) estimates that state and local taxes account for an average of 1.8% of business costs. Tax breaks may not amount to enough to alter business behavior, while still costing the city a lot.

Look at Amazon, which chose a location in northern Virginia even though the state and local governments did not offer the largest subsidies. Or Foxconn, which significantly scaled back plans to build a manufacturing plant in Wisconsin after getting $3 billion in subsidies designed to entice them.

Beyond that, tax incentives often go to companies that were planning to move or expand anyway. If a tax break is made available to any business that engages in a targeted activity, then it allows companies to claim the tax break for activities they already planned to engage in. ITEP concluded that as much as 90% of investment decisions subsidized with tax incentives would have occurred regardless of the incentive.

Third, tax incentives are often part of destructive economic development warfare among states or cities. A city may lure one company with tax breaks, but then lose another to tax breaks offered somewhere else. In this way, incentives do not actually generate new growth; they simply move it around. In this zero-sum economic warfare, cities and states lose tax revenue without net economic benefit.

Finally, many incentive programs are created without tools to monitor success or hold companies accountable for achieving goals. For example, many programs lack “clawbacks” that require companies repay the city/state if they fail to meet expansion requirements or if they relocate altogether.

Key DC Economic Development Subsidies Aren’t Working
DC’s own attempts at economic development incentives have succumbed to some of these problems. It was not until 2015 that we even started to monitor the effectiveness of our tax incentive programs, following recommendations of the Tax Revision Commission. Since then, the city’s chief financial officer (CFO) has reviewed a few incentives every year.

Analysis from the CFO’s most recent review shows that this well-intentioned incentive is not meeting its goals. Companies have been allowed to self-certify as high-tech and start collecting tax subsidies without anyone thoroughly reviewing their application. This has created a lack of transparency and allowed some companies to claim incentives for nearly two decades. The CFO found that most companies benefitting were located in northern Virginia (with contractors in DC), and that many were already engaged in the same behavior before the incentive program started. The CFO’s report concluded that the gains in DC’s high-tech sector “cannot be attributed to QHTC incentives.” Yet the tax subsidies amount to $40 million a year.

Good Public Services Can Support Economic Development
When economic tax incentives don’t work, they take funds that could be used to shape development in other ways. When asked what they look for in locating decisions, companies have pointed to resources like an educated workforce, good infrastructure and transportation, affordable and convenient housing options and a generally good quality of life.

This has been evident in the District, where the DC business community led the effort to push for Metro repairs (including agreeing to tax increases). Large companies like Amazon have partnered with public schools and colleges to ensure that students are receiving relevant job training. And DC has already taken steps to broaden its labor pool with policies like universal pre-K and paid family leave that enable more women to work.

This kind of broad investment in the people and quality of the city can be more than enough to attract businesses and promote economic development. It’s a reminder that businesses are often looking for the things that all of us look for: good schools, transportation and a great city to live in.

Amy Lieber is the outreach, development and research assistant at the DC Fiscal Policy Institute (www.dcfpi.org). DCFPI promotes budget and policy solutions to address DC’s economic and racial inequities and increase opportunities for residents to build a better future.

What’s Going on With Plans for a New DC Jail?