The National Arboretum, 450 acres of nearly all open space with a mile of frontage on the Anacostia, has served for many years as a quiet place to get away from the City. But more recently it has become a growing part of the broader community both along and beyond Our River.   It was established in 1926 as a research facility of the Federal Department of Agriculture, one of what are today 90 Agricultural Research Service (ARS) facilities nationwide. It is the only such facility devoted entirely to landscape plants and the US horticulture industry. Interestingly, it is also the only ARS facility with a specific mission to educate the public.

On the one hand, this might be thought to be an easy task with so many thousands of people living nearby and in search of open spaces in the City. But educating the public requires more than simply opening the gates and letting folks use the place as a park. And it is the confusion over this that made the Arboretum seem somewhat closed in on itself and not sure how it should be engaging the broader public.

All that is now being clarified by the latest Arboretum Director, Richard Olsen, who took over in 2015 after serving nearly a decade there as a plant geneticist focused on breeding and conservation. He grew up in the fields and forests of the North Carolina piedmont, was an Eagle Scout, and pursued landscape design in college. But he fell in love with breeding plants and horticulture in time to get his masters and doctorate degrees in those fields and find his dream job at the Arboretum. As he says, “I’m drawn to the lore and romance of plant exploration and discovery – I would love to be able to go back to 1491.”

Getting the Public Involved
One of the first things he noticed upon his arrival at the Arboretum was the need for the public to become a local advocate. A few years later, while still working as a scientist there, he experienced a budget sequester and a decision was made to close the grounds to the public three days a week. And there was little public reaction, let alone uproar. He realized that this needed to change so that the local public would support and defend the activities of both science and education. There had been some limited outreach. A Youth Garden had been established on the grounds; once he became Director he expanded programs that support local school children with gardening and cooking experiences both on their school grounds and at the Arboretum. The program serves thousands of youth and has training programs for older students to enter the field of horticulture.

This is just one example of how Olsen sees the Arboretum as a special place that combines science with education of the general public – not just the horticulture experts and nursery owners.  And accepting and embracing the public you have been given is part of the road to success.

At the same time, it cannot be a free-for–all; there have to be rules of engagement. The ongoing research must be protected wherever it occurs on the grounds. The visitor experience should be educational as well as recreational, but it cannot be funded at the expense of research mandated by Congress.   That is why there can be 5k runs on the extensive roadways, but no football games around the collections.

This is where the Friends of the National Arboretum (FONA) comes in. As more and more limits are being placed on the research budget and staffing levels, much of the work of organizing educational efforts with the public has been taken over by the volunteers that FONA lines up. Annual visits by the public to the Arboretum have increased by 20% in the last three years to 600,000. There is a wide range of events including Thursday night concerts in summer, full moon walks, 5k runs, classes, plant sales and more each year. The grounds are also now available to rent for special events like weddings. Much of this has been run by FONA.

But where public education about horticulture or the facilities are involved, the time of Arboretum staffers is required and Olsen understands these demands will continue. Currently he is grateful for a recent $2 million funding increase, which will be a huge help in dealing with a backlog of deferred maintenance on the grounds.

Increasing Access
But there is also a major increase in activity in and around the Arboretum that directly affects its access, use and lure as a place to go. And much of that involves Our River. As Olsen points out, the Arboretum and the Kenilworth Aquatic Gardens straddle the major gateway to the City from north and east. Entering on Route 50 from the Parkway or Annapolis brings you down New York Avenue past a mile of Arboretum frontage. Entering on I-295 on the other side of the Anacostia takes you within a block or so of the Aquatic Gardens. And coming down the River places you between the two. There are spectacular vistas over the River from various places in the Arboretum; my favorite is from the dogwood overlook.

A major change will be construction of a bridge over the Anacostia from near the current boat dock at the Arboretum (which will be upgraded as part of the project). The bridge will connect with the trail on the other side, allowing access to the Arboretum from the east bank during hours it is open. This will also mean that for the first time it will be possible to walk from the Arboretum to the Kenilworth Aquatic Garden, which has an entrance about a quarter mile north on the trail. The bridge is in design now as a cooperative effort of the Park Service and the DC Department of Transportation.

The other undertaking of note is the restoration of River tributary streams that pass through the grounds of the Arboretum. The first of these involved Springhouse Run, which discharges into the Arboretum as a storm sewer under New York Avenue and used to run in a narrow concrete ditch for several hundred yards, emptying into Hickey Run. A remarkable restoration has resulted in a broad stream valley with pools, riffles and underground water movement; reconnection of what had been a large stagnant pond; and replacement of soils with a thousand truckloads of gravel and chips. The result is an underground natural treatment system and fields of native plants above. This has caused a resurgence of bird life, as well as fish and amphibians throughout the area. Twenty-eight thousand of 35,000 native plants have already been put in place by volunteers and staff with the remainder scheduled for spring.

These efforts have the strong support of Richard Olsen, who is quick to respond to questions and issues and who believes that the National Arboretum can show how plants can not only beautify – they can clean and restore our natural systems for the benefit of all. If the National Arboretum can show America and the world how to take urban storm sewers and use nature and plants to cleanse them and make them beautiful to behold, it will have fulfilled its mission to educate about plants far beyond what was imaginable just a very few years ago. 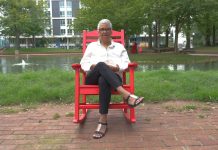 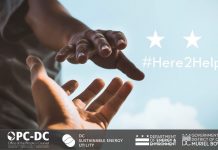 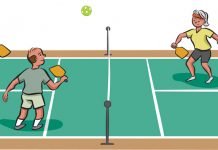 Pickleball: Not Just for Seniors

Successes and Challenges in Distance Learning