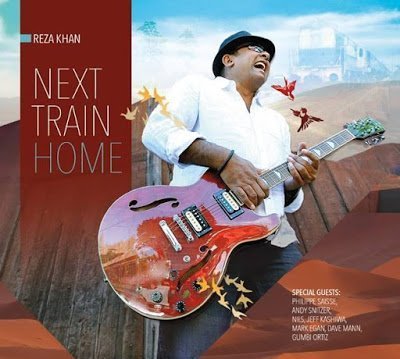 Next Train Home •••
Reza Khan, guitar
The New York City-based, Bangladesh-born Reza Khan has his fifth album due to be released in April. As a program manager for the UN, Mr. Khan has seen the effects of peace and conflict operations throughout Europe, Africa and the Middle East. During a six-week trek abroad, he wrote the twelve songs for his latest album that took him in a creative direction that led to his self-discovery as an artist in search of a “home.” “After a long soul-searching exercise moving from genre to genre,” he explained, “I feel like I am finally settled as a writer, composer and stylist.”

Mr. Khan was reared in a musical household where the foundation of his musical palette was Indian classical music. Initially a percussionist (tabla), he then studied sitar and sarod before being exposed to – and subsequently falling in love with – pop-rock music (Peter Frampton, Eagles, Grand Funk and America). That’s when he switched to guitar, embracing the recordings of Pat Metheny and other contemporary jazz guitar greats. In time, he found a way to indulge both passions, dropping his first solo disc, “Painted Diaries,” in 2008. Subsequent releases followed – “A Simple Plan” (2011), “The Dreamwalker” (2013) and “Wind Dance” (2016). Next Train Home contains the following songs: “Drop of Faith,” featuring Nils; “Gathering,” featuring Jeff Kashiwa and Philippe Saisse; “It’s About Time,” featuring Jeff Kashiwa and Matt King; “Beyond the Trees,” featuring Andy Snitzer; “Zero Tolerance,” featuring Philippe Saisse and David Mann; “Club 368,” featuring David Mann“Plutonik,” featuring Philippe Saisse; “The Way” and “Cloud Nine,” featuring Andy Snitzer; “Under the Moon,” featuring David Mann; “Next Train Home,” featuring Mark Egan and Matt King. 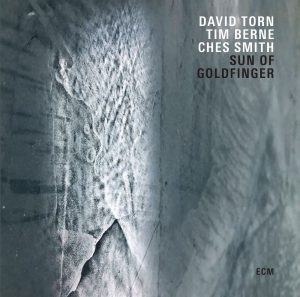 Sun of Goldfinger •••
David Torn: electric guitar, live-looping, electronics
Tim Berne: alto saxophone; Ches Smith: drums, electronics, tanbou. And – on “Spartan, Before It Hit”: Craig Taborn: electronics, piano; Mike Baggetta: guitar; Ryan Ferreira: guitar.
Scorchio String Quartet: Martha Mooke: viola/director; Amy Kimball: violin;Rachel Golub: violin;Leah Coloff: cello.
There is a moment when the music actually appears from nowhere in some kind of futuristic world where shapes, sounds, and birthing rituals are transformed into a creation of an expansive universe. There is a glimpse of intertwining dimensions with different realities converging in opaque spaces. This could be soundtrack music for a new world, an adaptation of evolutionary psychology. Reflecting on Sun of Goldfinger, Torn Berne said: “This isn’t jazz music or rock music. I really can’t put it into any genre classification – it’s just music made by people who care deeply about what we’re expressing and how we’re expressing it, however abstract it may feel on first listen.” True, except for the fact that it was the transcendental marrying of Mr. Berne’s imaginative musical genres with his extraordinary technical resources that open up such startling possibilities. Take a listen to “Soften The Blow,” with David Torn, Tim Berne, and Ches Smith. Love it or hate it, the music from Sun of Goldfinger is original, provocative, challenging, and daring. 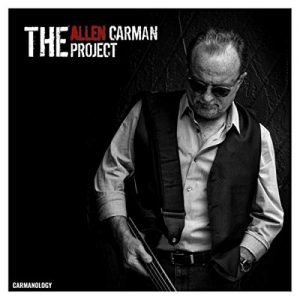 New and to The Point: Up-and-Coming DC Restaurants