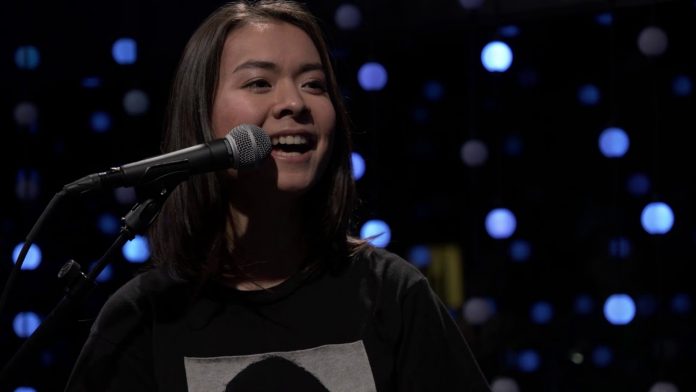 Once in an interview with the New York Times, Mitski Miyawaki said, “Not to be cheesy, but I do think music helped me not die.”  She is being anything but cheesy.

Articulating what is plain to hear every time her shape-shifter voice wends its way out of a pair of headphones, Miyawaki, who performs under her first name only was telling us what she sings, about desperation—for love or beauty, acceptance or violence, clarity or revenge. The topics vary but through all her songs whether it be the tremulous, aching “Two Slow Dancers” or the plodding, guitar grind of “Remember My Name” there is a hot wash of need.

Mitski has been writing gutting songs for what seems like a long time for someone who is 28 years old. With five records, three of which were studio produced, She has changed in leaps and bounds—moving from piano heavy vignettes and full bodied orchestra arrangements to crashing indie punk rock to some ever changing and magnetic combination of all three.

Born in Japan to parents who frequently moved countries, Mitski grew up as a cultural outsider. Once up late after an aimless night of partying, she sat down at a piano and wrote “Bag of Bones”. The song serves as a barometer in some ways of the themes Mitski explores with such emotional acuity—visions of femininity, intimacy and isolation in the same moment, recklessness and emotional fallout. After that first foray into music, she came into her own at SUNY Purchase where she produced her first two albums Lush and Retired from Sad, New Career in Business while studying musical composition.

Mitski’s lyrics are good. Like, boomeranging through your head all week, write it on the inside of your arm to remind yourself, good. She is a masterful storyteller. On “Crack Baby” off Puberty 2 her voice wails, “Crack baby you don’t know what you want / but you know that you had it once / and you know that you want it back.” With a handful of simple words she presses our faces up against the keening feeling of addiction.

On her most recent LP, Be the Cowboy, Mitski further pushed her boundaries experimenting with fictional narratives. Perhaps this is a reaction to the double-edged blade of connection and exposure that comes with making art, something that Mitski has said she struggles with.

Writing from the perspective of a long suffering yet complacent wife on “Me and My Husband,” a jaunty plunking piano joint, the song changes her in form but not in substance.  “And at least in this lifetime we’re sticking together” she sings both passionately and resignedly. Even from inside someone else’s head she is singing true emotion.

Miranda Jetter writes about all manner of noise in Washington, D.C. You can find her at @Mirandajetter on Twitter trying to keep up with the most recent memes. 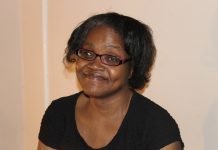