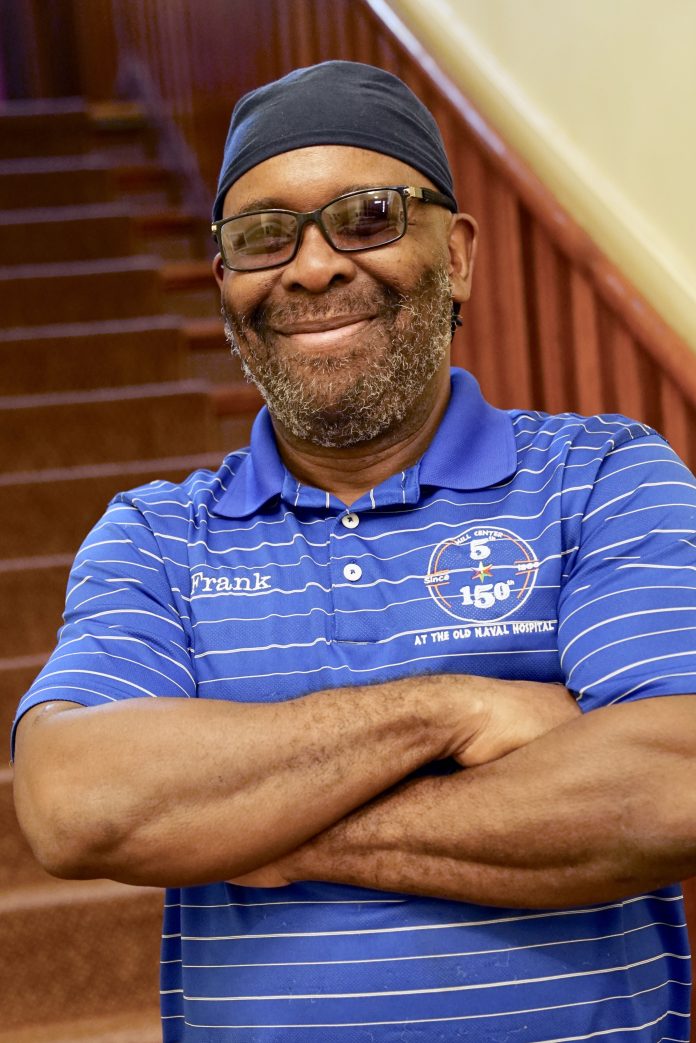 Late in 2009 Frank Robinson got an assignment from a temp agency for what he thought would be a few days work digging a trench on the grounds of a dilapidated building on Pennsylvania Avenue, SE. A massive renovation was beginning, turning the Civil War era Old Naval Hospital into a community resource. Today, sitting in the cozy ground floor office, the “cave” he occupies as Building Superintendent of the Hill Center, he remembers the winding road that brought him to the place that he describes as “more than a job. It’s my life.”

Frank is a New Yorker, born and raised during the late 50s and 60s on the lower east side in Alphabet City, a lively neighborhood that mixed old-time immigrants from Germany and Eastern Europe with more recent arrivals from the American South and Puerto Rico, as well as artists and musicians. His parents were from rural Virginia and summers they’d send Frank and his five older brothers down South to learn to pull tobacco on the farm and to say “the yes ma’am and the no ma’am.” He played lots of sports at Police Boys’ clubs and was particularly good at basketball and baseball. “I was a left handed catcher so I could throw you out at third,” he remembers. Frank went to local public schools including P.S. 97, J.H.S. 22, Chelsea Vocational School, where he took shop classes, and Haaren High School where he was on the honor roll. After graduating, he learned welding at Apex Trade School. But at some point he took missteps and his life went into what he describes as a “downward spiral.” He began using drugs, lost his job and, eventually, found himself homeless.

It was, in fact, homelessness that brought him to Washington, DC. In the fall of 1989 a coalition of organizations brought demonstrators to the capital to protest a lack of affordable housing, to agitate for “Housing Now!” Frank was part of a group that travelled from New York City on foot, spending two and a half weeks walking, being fed and encouraged by volunteers along the way, ending up on the National Mall. He listened to Coretta Scott King, Mayor Marion Barry, the Reverend Jesse Jackson. Stevie Wonder performed. Along with other demonstrators, Frank was housed in trailers on New York Avenue and fed by organizations like So Others May Eat, the 9:30 Club and local churches. 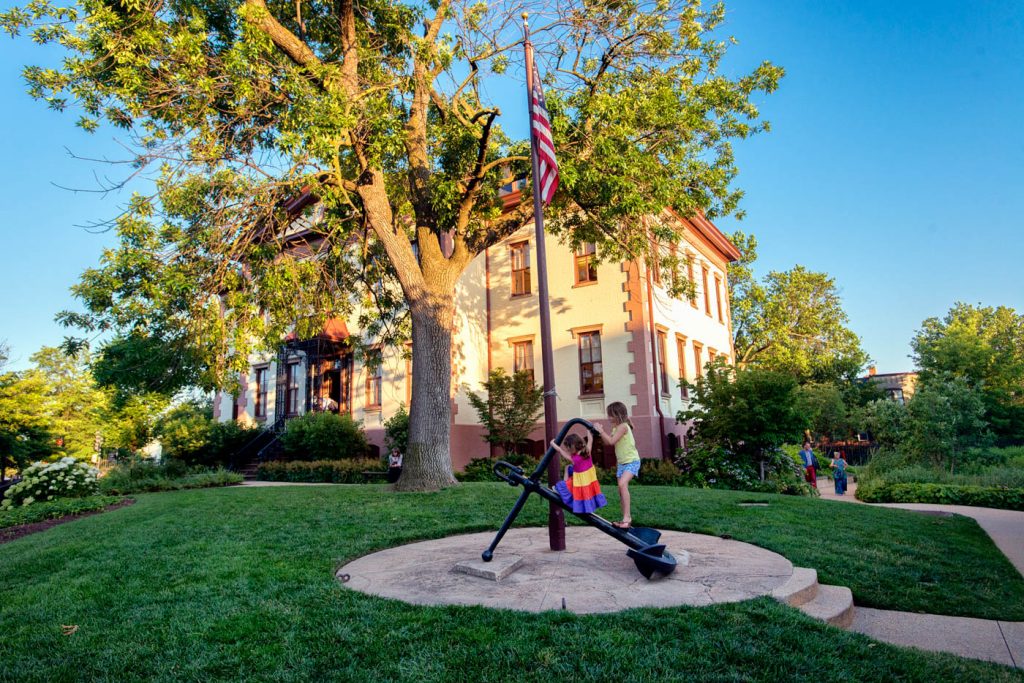 After the march he stayed on in the city, but the next few years were tough. It wasn’t until 1995 – he remembers the exact date, November 5 — that Frank admitted to himself how tired he was of the way he had been living. He had a “moment of clarity” and finally “surrendered.” He changed his life by getting into a shelter and looking for a program to help him maintain his sobriety. He found it with the Community Action Group, housed in the carriage house of the Old Naval Hospital. The late Hal Gordon, founder of that group, became one of many men who mentored him. Slowly, Frank found a new way of life.

The kind of work he knew how to do was construction which eventually brought him to Whiting-Turner Construction at the Old Naval Hospital. Frank was on the project the day it broke ground in July 2010. He got to know the building inside and out, ripping up linoleum from the hard wood floors, and learning the ins and outs of all the mechanical systems. As the building neared completion the project manager recommended to Diana Ingraham, Executive Director of Hill Center, that she consider Frank for a permanent job. She knew him well from the many hard hat tours of the building she had taken and she valued his cheerful presence amidst the dust and mud of construction. A radical welcome to everyone was something she was determined to create at Hill Center and Frank fit that. “He sets the tone,” she says. “He’s an important part of our team.” In Frank’s view, “she gave me a second chance.”

In the nine years since then Frank has cared for every aspect of the building, spending a month painting the historic wrought iron fence, overseeing hundreds of room set-ups, and welcoming thousands of people. He has seen young couples at their wedding receptions return for baby showers, Tippi Toes classes for infants and birthday parties for older kids. One of the first Hill Center events particularly stands out in his memory. Local journalist Bill Press was to interview Georgia Congressman John Lewis. Frank went out to meet Lewis and show him into the building, holding Lewis’s umbrella to shield him from the rain. The civil rights icon took Frank’s arm and held onto him as an emotional Frank told him, “Thank you for who you are. Without you, there’s no me.” Lewis asked Frank to stay with him and walk him upstairs to the Lincoln room. “I still have the umbrella,” Frank says with pride.

The carriage house where Frank embraced sobriety is now a bustling Little Pearl’s café. The building that once housed wounded civil war veterans and then spent years as home to pigeons and rats is now a lively center of classes, art shows, social events and public meetings. And Frank Robinson, who came to Washington on foot and homeless, is the heart and soul of the Hill Center, welcoming everyone with not just friendliness, but with a deep joy, born of transformation.