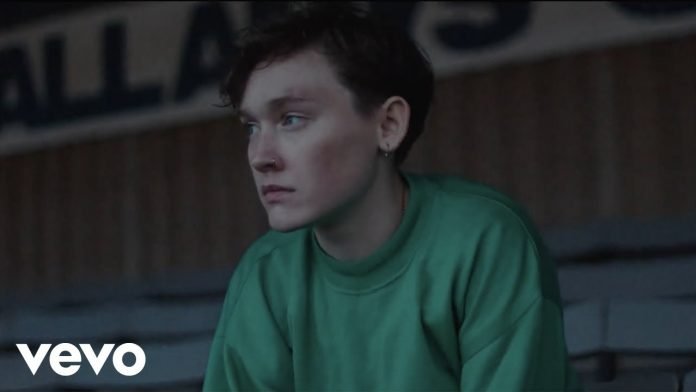 She started writing and recording demos at the age of 13, and the now 22-year-old shows no signs of stopping. The lyricism she employs in her songs hews to both universal and singular depictions of youth. Aimlessness and longing to find purpose are spackled all over “B a nobody,” as she sings about the feeling of trying to amount to something as a teenager. On “Sea Creatures” she tracks with specificity what it is like to grow up in our current moment and skewers those who would bully and discriminate against a friend in the LGBT+ community.

Bridie Monds-Watson is the singer-song writer better known by her stage name SOAK, a moniker conceived as a mash up of some of her favorite genres “folk” and “soul.” This is emblematic of what her music sounds like, not necessarily because it has folk or soul elements though the former is true. Rather because it is a mash-up of musical stylings—from acoustic sparsely-laden guitar pieces to string-heavy anthems—a hybrid that she herself admits is hard to describe.

SOAK gained notoriety after she began uploading demos of her music and gigging around her native city of Derry, Ireland. Those efforts spawned two EP’s, supporting roles on tours with George Ezra and CVRCHES, and eventually a record deal with Rough Trade Records which released her first LP Before We Forgot How to Dream.

Much has been said about how Before We Forgot How to Dream is a study in acoustic songwriting. NPR Music called it, “a collection of spare, experimental melodies that sound like dispatches from a private room with the door shut.” Yet there is also a core of thrumming, insistent guitars which undergird the more acoustic elements and highlight the meatier aspects of her voice. There are also hints of bedroom pop and shoegaze present.

It is a hard album to categorize, so I won’t try. But the frail, shy instrumentation and the heavier bits interplay beautifully especially on some of the standout tracks of the album like “Wait” and “Garden”. Her vocals move deftly between whispery and playful and haunting.

“Everybody Loves You” and “Knock Me Off My Feet,” two singles off her forthcoming album, spell a change for her music with more fleshed-out production and a sound that ventures closer to pop than SOAK has ever come before. In particular “Knock Me Off My Feet” seems primed to become a radio earworm with fun hand claps, spangley guitars, and an uplifting chorus that make it a spring bop to get you through the mid-winter slumps.

SOAK comes to DC this weekend to tour ahead of her new record Grim Town out April 26th. Come feel young again with her at Songbyrd Music House this Saturday, Feb 2nd. Doors open at 7 p.m. at 2475 18th St NW, Washington, DC.

Art And The City