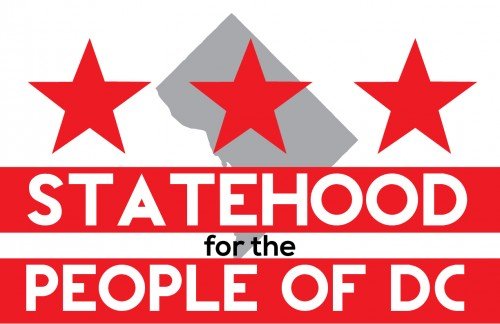 We recently filed a lawsuit in federal court seeking full voting representation for District residents in the United States Senate and House of Representatives. We have frequently been asked why this lawsuit might succeed when other such efforts have failed — including an earlier lawsuit that led to a 2000 court decision rejecting the argument that District residents are constitutionally entitled to congressional voting representation.

Congress Can Award Voting Rights to District Residents
First, after the 2000 decision both Houses of Congress decided by large majorities that they have the authority under the Constitution’s “District Clause” to simply pass a law giving DC the vote, even though DC is not a state. The District Clause gives Congress broad authority to legislate for the District. In 2007, the House relied on that Clause to pass a bill giving DC full voting rights in the House. The Senate did the same in 2009. These bills passed with broad bipartisan support, including from leaders such as Mike Pence and Paul Ryan. Unfortunately, partly because both Houses did not pass the bill during the same Congress, it did not become law.

However, Congress’s determination that it has the power to provide voting representation to District residents makes its failure to do so a violation of the Constitution’s Equal Protection Clause—an argument not previously presented to a court.

Equal Protection
The Equal Protection claim is particularly compelling given that Congress has taken action to provide that two other groups of Americans who do not live in a state do have full voting representation. The first group is those who once lived in a state but now live overseas. Congress passed a law in 1986 providing that those people are entitled to full voting representation even though they don’t live in a state. The second group is those who live in “federal enclaves” such as military bases or the National Institutes of Health –areas that once may have been part of State land but were later ceded to the federal government. Congress has taken action allowing people who live in such enclaves to have full voting representation, just as it did for people who have moved overseas. But it has not done so for the residents of the District. This violates Equal Protection under the Constitution.

Due Process
Our lawsuit also contends that the failure to afford District residents full voting representation violates the Due Process Clause of the Constitution. This contention is based on the second important development in the law since the 2000 decision — the Supreme Court’s landmark ruling establishing a constitutional right to same-sex marriage. The ruling changed the way the Court looks at alleged denials of fundamental rights, and did so in a way that shows that the continued denial of the vote to District residents can no longer be sustained.

In that ruling, the Court said the question was not whether the Framers of the Constitution contemplated a right to same-sex marriage, as Justice Scalia contended. Instead, the Court held that the proper approach involves a two-step inquiry asking, first, whether there is a long-recognized, fundamental right to marry, and then whether the reasons the right is fundamental apply to same-sex couples. The Court answered both questions affirmatively and concluded therefore that same-sex couples had a constitutional Due Process right to marry.

Preventing District residents from having voting representation is the ultimate gerrymander and therefore a violation of their First Amendment rights under the recent court decisions. Unlike the residents of Wisconsin, Maryland, and North Carolina in those recent cases, District residents’ voting rights are not merely diminished; they are fully and completely denied.

Even though these recent developments demonstrate that the Constitution itself commands that the residents of the Nation’s Capital at long last be given the vote, it is important to point out that basic notions of fairness and equity also command that result. There is simply no principled basis for the plaintiffs in this lawsuit not to have the same voting rights as other Americans.

The Plaintiffs
Those plaintiffs, who represent each of the District’s eight wards, have either never had voting representation because they were born in the District and lived their whole lives here, or moved here from other places in the country and then lost the vote. These plaintiffs work hard, pay their taxes, contribute to their communities, and fulfill their duties as citizens; yet they lack the most important privilege of that citizenship – the right to voting representation. This is not just unfair and un-American; but as our lawsuit shows, it is unconstitutional.

We as plaintiffs’ counsel seek to remedy this inequity. Since 2001, Walter Smith has been the Director of DC Appleseed, whose mission is to make the District of Columbia a better place to live and work. Mr. Smith graduated from Harvard Law School and, among other positions, served in the Navy JAG Corps, was a partner at the law firm of Hogan Lovells, and served as the District’s Special Deputy Corporation Counsel. He has argued numerous in the Supreme Court and other federal courts and, among other honors, was named by The Legal Times as one of the 90 Greatest Washington DC Lawyers of the Last 30 Years.

The plaintiffs are also represented by a team of lawyers from Harris, Wiltshire & Grannis, LLP, who are providing their services pro bono—Christopher Wright, Timothy Simeone, Patrick O’Donnell, Henry Shi, and Deepika Ravi. HWG is a boutique law firm with extensive trial and appellate litigation experience. Mr. Wright, who has headed the firm’s appellate practice since 2001, graduated from Stanford Law School and, among other positions, served as a law clerk to Supreme Court Chief Justice Burger, in the Office of the Solicitor General, and as General Counsel of the Federal Communications Commission. He has argued more than 25 cases in the Supreme Court and more than 40 cases in the federal courts of appeals.

We hope and expect to prevail in this lawsuit. But even if we don’t prevail, it important that we bring the suit and press it vigorously. Those of us who believe in democracy have a duty to do all we can to protect it.

Walter Smith is the executive director of DC Appleseed. Chris Wright is a partner at Harris, Wiltshire & Grannis.