This fall, the DC Council has the opportunity to ensure that that residents and visitors have access to clean, safe public restrooms. Bill 22-0223, the Public Restroom Facilities Promotion and Investment Act of 2017, would create a governmental working group to identify sites to build new public restrooms and develop a program to incentivize businesses to make their restrooms available to the public.

Public restrooms are fundamental to human dignity, and are especially critical for people who are restroom-challenged. When seniors, pregnant women, little children, and people on certain medications have to go, they have to go urgently. Thus easily-accessible clean, safe restrooms make good business sense and help foster tourism. Knowing that there are public restrooms readily accessible, people are more apt to visit parks, ride their bikes, jog, and walk. As a result, more and more cities are investing in public restrooms.

The lack of access to bathrooms is not merely an inconvenience—it can have devastating health consequences. Dr. Catherine Crossland of Unity Healthcare testified about her patients skipping lifesaving blood pressure, heart and HIV/AIDS medications because they can lead to an urgent need for the restroom. George Olivar, who has experienced homelessness, says “I sometimes get diarrhea from one of the medications I take for diabetes. When it happens, it comes on suddenly and I have to find a restroom immediately. If I don’t, which often happens when I am in downtown DC, I end up soiling my clothes. It is very embarrassing.”

The lack of public restrooms can also pose a public health risk: Southern California is experiencing the largest Hepatitis A outbreak since the 1990s because of the lack of toilets and handwashing facilities for residents experiencing homelessness. At least 20 people have died as a result.

Additionally, lacking a clean, safe place to go when nature calls often leaves people with no choice but to go outside. In DC, that’s a misdemeanor punishable by a fine of up to $500, 90 days in jail, or both.

The Loo is a prefabricated structure that takes up an area the size of a parking place. The Loo was designed in Portland in 2007 by an architect, business owners, and community members aiming to maximize safety both inside and out, and ensuring that it be economical and easy to maintain. Selecting an appropriate location for the Loo is very important for ensuring safety. It should be in an area that is visible from a distance and where there is a high level of pedestrian and vehicular traffic. For a Loo to be successful in a given location, it must be in an open visible area and there must be support and monitoring from the surrounding community, such as businesses, Advisory Neighborhood Commissions (ANCs), and neighborhood associations.

Crime prevention features include angled shutters along the bottom and above the eye level that protect privacy while ensuring that one can see how many people are inside. The restroom has an anti-graffiti coating and has lighting outside at night. To minimize installation costs, the site should be near water and sewer connections.

The safety, crime, and cleanliness measures combined with the fact that the Loo is relatively economical to install and maintain, has made it the stand-alone public restroom of choice in over 20 cities in the United States and Canada, including Portland, Oregon; Seattle, Washington; Greeley, Colorado; Salt Lake City, Utah; and Cambridge, Massachusetts; and Victoria, British Colombia.

The working group will also create a subsidy program to incentivize private establishments to open their restrooms to the public, similar to the Community Toilet Scheme (CTS). CTS was created by Richmond Upon Thames, a borough located near downtown London, and has spread to other boroughs. Each borough sets its own reimbursement system with the City of London paying a flat £600 (approximately $790) to each participating business and Wealdon paying between £500 and £1,200 (approximately $658 to $1,579) based on number of hours open and toilets available. The business commits to making its restroom available to everyone at no cost during the hours it is open. Users can be turned away only under “extraordinary” circumstances. Other benefits for participating businesses include the potential to generate revenue when people use the restroom and then decide to purchase something and demonstrating to the community that the establishment is socially conscious.

The CTS is now operating in many boroughs and localities in London, as well as in small towns. Businesses put a decal on their window to indicate they are participating. Many Boroughs offer a combination of public restroom options: businesses participating in the CTS, stand-alone public toilets, and libraries and other facilities open to the public. The location of all restrooms available to the public, including those participating in the CTS, are on an interactive map available on each locality’s website. Germany’s Nette Toilette (Nice Toilet) is similar to the CTS, except that it is managed by a company. The Nette Toilette is in over 200 German cities and growing.

The two-pronged approach of Bill 22-0223—incentivizing businesses to open their restrooms to the public and installing stand-alone restrooms—will ensure that DC residents and visitors will always have access to a restroom when they need one.

The bill already has the support of 13 ANC resolutions and a number of social advocacy organizations. While they cannot formally endorse legislation, three Business Improvement Districts (BIDs) support public restroom access for all members of the Downtown DC community to support a higher quality life for our residents, workers and guests.

DC has the opportunity to join other world cities in recognizing that access to clean, safe public restrooms is a human right, critical to human dignity, and fundamental for personal and public health.

Kate Coventry is a Senior Policy Analyst at the DC Fiscal Policy Institute. DCFPI promotes budget and policy solutions to reduce poverty and inequality in the District of Columbia and increase opportunities for residents to build a better future. 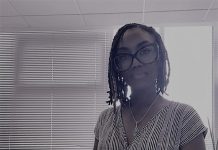 To Help Students Recover from the Pandemic, We Must Support Families 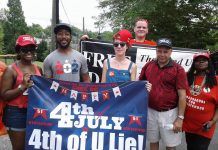 Parent Advisory Council A Sounding Board for My School DC