One of the most anticipated and highly attended single day festivals in DC, the H Street Festival will array a party along 11 blocks of H Street NE, offering entertainment, sites, tastes and great shopping on Saturday, October 13th.

Originally slated for September 15, H Street festival was rescheduled as part of preparation for Hurricane Florence.

Stretching from Fourth to 14th Street NE along H Street NE, the festival packs the space with entertainment, food and fun. There are 14 staging areas that are diversely themed and programmed to target the different segments of audiences.

The musical entertainment at the Eight & H Street Mainstage will feature the tunes that have made DC famous, such as go-go and R&B. The great food and beverages, a Kids Zone with a climbing wall and firemen’s slide, and a live paint battle are among this year’s attractions.

“We hope that everyone will join us for the rescheduled eight street festival on October 13. This year’s festival is going to be the best one ever!” said Festival organizer and Executive Director of H Street Main Street Anwar Saleem. 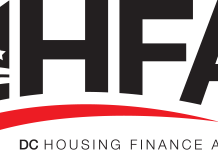 Our Relationship with Native Americans