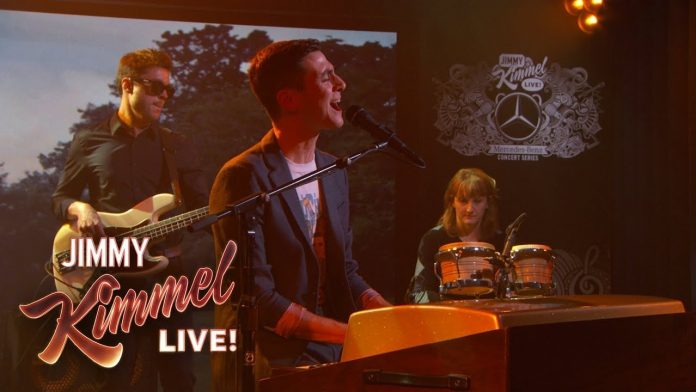 In 2016, Joey Dosik, singer-songwriter and piano player, rose to fame as a contributing member of the Los-Angeles based funk group Vulfpeck, when, they covered his original single, “Game Winner.” Since then, he has become a mainstay during the group’s live performances as a saxophonist and secondary keyboard player. Old YouTube videos betray the length of this collaboration.

Dosik’s 2016 debut album, “Inside Voice” that followed “Game Winner” is a finely polished and likable product. The album’s excellent arrangements and particularly cunningly-written originals, such as “Take Mine” and the album’s title track, demonstrate that  Dosik is finally coming into his own as a solo artist

Dosik’s voice is both sincere and soulful. It has the power to take you back decades to the groove of Donny Hathaway; the poignant lyricism of Paul Simon and James Taylor or the balanced funk of Gaye.

After touring with Vulfpeck in Europe, Dosik continues solo for “Inside Voice” with a show at Pearl Street Warehouse on Oct. 10. Catch his first performance in DC. It’ll be an evening with plenty of soul, catchy hooks. Don’t miss the basketball references, Dosik can’t help himself.

Joey Dosik And The Future of Soul