Once again, my September column takes a look back at films of the past year (2017) that were little noticed when first released. This selection avoids mainstream Hollywood fare of superheroes, raunch, and explosions for films offering something distinctive, discriminating, or offbeat. Most of the films mentioned below had short runs and modest box office returns.

As in every movie season, there were standout individual performances that too few people saw. I cite first two outstanding examples:

Superb documentaries, too, took pride of place this past year: 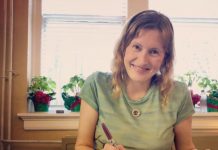