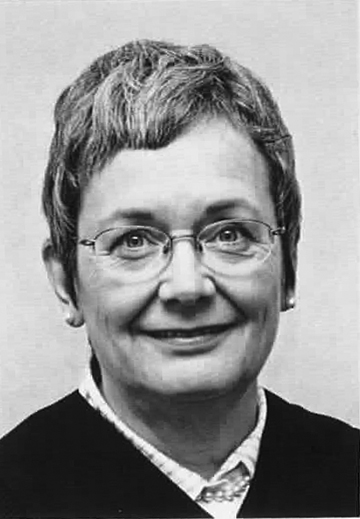 Her friend Maygene Daniels put it very well. Mary Ellen Abrecht, universally called “M’El,” was “a female pioneer of huge accomplishments with very deep local roots.” An early female recruit to the D.C. Police Department who lectured around the country urging other localities to expand the role of women in law enforcement, M’El earned a law degree from Georgetown, attending part-time, and went on to become a criminal prosecutor and, later, a judge on the Superior Court, serving in the Family, Criminal and Civil divisions. She and her husband Gary raised two daughters, Karen and Rachel, in the house on 8th Street NE on Capitol Hill that had been built by her great-grandfather, where her grandmother had grown up, and where they had moved shortly after the 1968 riots. When M’El died, on August 16th, over 200 friends attended her funeral service at Christ Church where she and her husband had been members for nearly fifty years. And when she was laid to rest, it was at Congressional Cemetery, alongside her great grandfather and other members of her family.

Less than a year before her death, M’El sat down with her neighbor and friend, Jennifer Newton, and talked with humor and insight about her unusual career and fascinating family history for the Overbeck Oral History Project (sponsored by the Capitol Hill Community Foundation and available on line at www.capitolhillhistory.org/interviews — click on “not on main list” to find the transcript.) After growing up in western Massachusetts and graduating from Mount Holyoke College in 1967 with a degree in religion, and spending a year at Union Theological Seminary in New York City, M’El came to DC newly married to Gary Abrecht, later the chief of the U.S. Capitol Police but at that time “an itinerant Latin teacher in half a dozen middle schools in Anacostia, commuting between them by motorcycle.” Needing a job, she consulted the newspaper help wanted ads. She found herself unintentionally calling a police recruiter who talked her into applying to the D.C. police department, assuring her that they wouldn’t make a woman do “real” police work.

M’El did apply and was accepted but she refused to skip the self-defense training mandatory for men, wouldn’t do secretarial work (it was best, in those days she said, to say you couldn’t type whether or not you could), and ended up learning how to handle a nightstick in preparation for working the Nixon inauguration crowds in January 1969. She did very well in training with firearms. In her interview she recounts a wonderful Capitol Hill moment — she went to a vendor selling leather pocket books at Eastern Market and asked him if he could sew a holster for a pistol inside one of them. She said the vendor “didn’t bat an eye” and the purse worked out very well. In her book The Making of a Woman Cop, published in 1976 by William Morrow & Company (and now out of print), as in her oral history interview, M’El describes her career and progression through various assignments including in the juvenile division, helping to create uniforms for female officers and, as a uniformed patrol Sergeant.

In 1990 M’El was appointed by President George H.W. Bush to be a judge on the Superior Court. She presided over many different kinds of cases including violent crimes brought on the by D.C. crack epidemic. As a judge always near the top of alphabetical listings, she was often called upon to perform marriages and volunteered for service when there was an influx of gay couples after same-sex marriage became legal in 2009. In 2003 M’El took on Senior Status which allowed her to work part time and in 2015 she fully retired.

In retirement M’El was never without stimulating activities. She and Gary shared a spirit of adventure. They hiked regularly and traveled extensively, often by train. Memorable trips included a hike to the bottom of the Grand Canyon that Gary describes as “magical” and a cruise from Athens to Florida – a non-luxury trip allowing the ship to “reposition” for the following season of cruises with stops in unusual places like Devil’s Island. M’El became an accomplished artist finding, with typical modesty and practicality, her preferred medium in colored pencils. They were cheap, easy to transport, and yet could produce work that looked as if it had been painted. Nature was her preferred subject. One year, her donation to the auction supporting Capitol Hill Village was the offer to create a portrait of a pet. Leah Daniels, owner of Hill’s Kitchen, reports that the resulting picture of Stanley, her orange tabby cat, “perfectly captures his persona.” Leah has fond memories of M’El coming for a photo session with Stanley and “crawling around on the floor so she could get a feeling for his soul.” M’El also served as a regular docent giving lectures and tours at the Supreme Court.

M’El’s relationship with the Supreme Court was not entirely based on her legal and professional expertise. When Sandra Day O’Connor joined the Court in 1981 she wanted a regular exercise routine and a morning class was set up in the Court with neighborhood women invited to join.   Three times a week for many years M’El would be at class, often joining the class members afterwards for oatmeal, coffee and conversation in the Supreme Court cafeteria. The exception was on the Fridays when M’El would put on business attire and head up to the Court to give a tour.

In later years, after Justice O’Connor had retired and the class was meeting in various Hill venues, getting dressed for Supreme Court tours sometimes included putting on a wig. M’El battled breast cancer for nine years. During that time she continued to be a class regular and often came out for coffee afterwards. She was always, Maygene Daniels remembers, “modest, unassuming and unfailingly interesting, grateful for the good things in her life and such a good friend.” The last coffee after class was just two weeks before Mary Ellen Abrecht died. In Maygene Daniels’s words, “the community is diminished without her.” 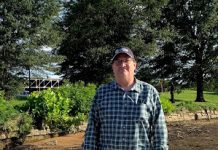 A New Citizen Leader Along Our River

Donate Toiletry Items to Help Families Get a Fresh Start