This weekend is going to be hot. Not so hot that you can’t walk to The Capital Candy Jar (201 15th St NE) from Lincoln Park —an eight-minute walk, according to Google— but hot enough that your ice cream is going to melt on the walk back.

Capital Candy Jar owner David Burton’s reasons for selecting the two ice cream makers are rooted in the local relationships. Like The Capital Candy Jar, Ice Cream Jubilee got its start in Union Kitchen. Local creamery and grocery service South Mountain Creamery already had a relationship with Burton. Prior to major holidays like Easter and Valentine’s Day they offer their customers the option of including Capital Candy Jar confections in their delivery.

“I got approached by Häagen-Daz and Hershey and all the big ones,” he said. “But we want to keep it local and support all the local businesses.”

Burton said that staff at the shop is thrilled about carrying ice cream. “We’re super-excited to be partnering with local businesses,” he said.

“Plus, they just have really delicious ice cream.”

Ice cream will come in a bowl, sugar cone or in a float.

The floats will be made with sodas from Burton’s “50 States of Craft Soda” Collection. His goal is to carry a craft soda from every state. “We’ve only got 11 states so far,” he said, “so we’re still building. But hopefully in the next couple of months we’ll have most of the states [represented].”

Burton says that some states are more difficult than others. For instance, he found a distillery making ginger beer in Alaska, but is unable to stock bottles. The manufacturer tells him it is not yet “shelf stable.”

Customers pay by the scoop —$4 for the first one, and $1.50 for each one they add on. You can top it all off with a truffle or a chocolate-covered Oreo for another dollar. The State Craft Sodas cost $3 each, or $2.50 in a float, plus the cost of ice cream.

On Saturday, July 7 and Sunday July 8 come to The Capital Candy Jar’s Ice Cream Social, when all scoops are $1.50. Sit outside at the picnic tables under new red, white and blue umbrellas and celebrate hot weather with cool, creamy scoops.

And don’t forget the delicious chocolate-covered Oreos and pretzels, the banana flavored gummi bears, or for those of us a bit sluggish as we follow our children to the ice cream counter, Zeke’s Coffee.

Starting the first day of the Ice Cream Social this Saturday, The Capital Candy Jar is open Tuesday to Thursday from 10 a.m. to 9 p.m. and Fridays and Saturdays from 10 a.m. to 10 p.m. 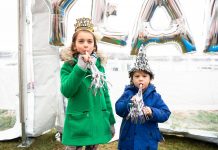 Where to Celebrate New Year’s Eve 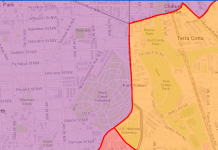