The Capitol Hill Fourth of July Parade kicked off at 10 a.m., with the Marine Band leading the hour-long display of community pride.

This year’s Grand Marshall was Councilmember Charles Allen (D), and the parade was also attended by Director of the Department of Energy and the Environment (DOEE) Tommy Wells, Mayor Muriel Bowser, Councilmember Elissa Silverman and District Council Chairman Phil Mendelson.

Costumes were plentiful in the parade, despite the heat. The Capitol Hill Continentals wore full regalia, with a George Washington greeting the crowd. Two dance troupes, Fraternity Tinkus Bolivia USA and Sambos Caporales, both from Virginia, leapt, twirled and swayed in elaborate, heavy costume despite tremendous heat.

Temperatures topped 90 degrees, but crowds gathered early, sporting their red, white and blue and posing for photos with the Marine Band, Uncle Sam and one another as they gathered mostly on the east side of Eighth Street SE to enjoy the parade from the shade. 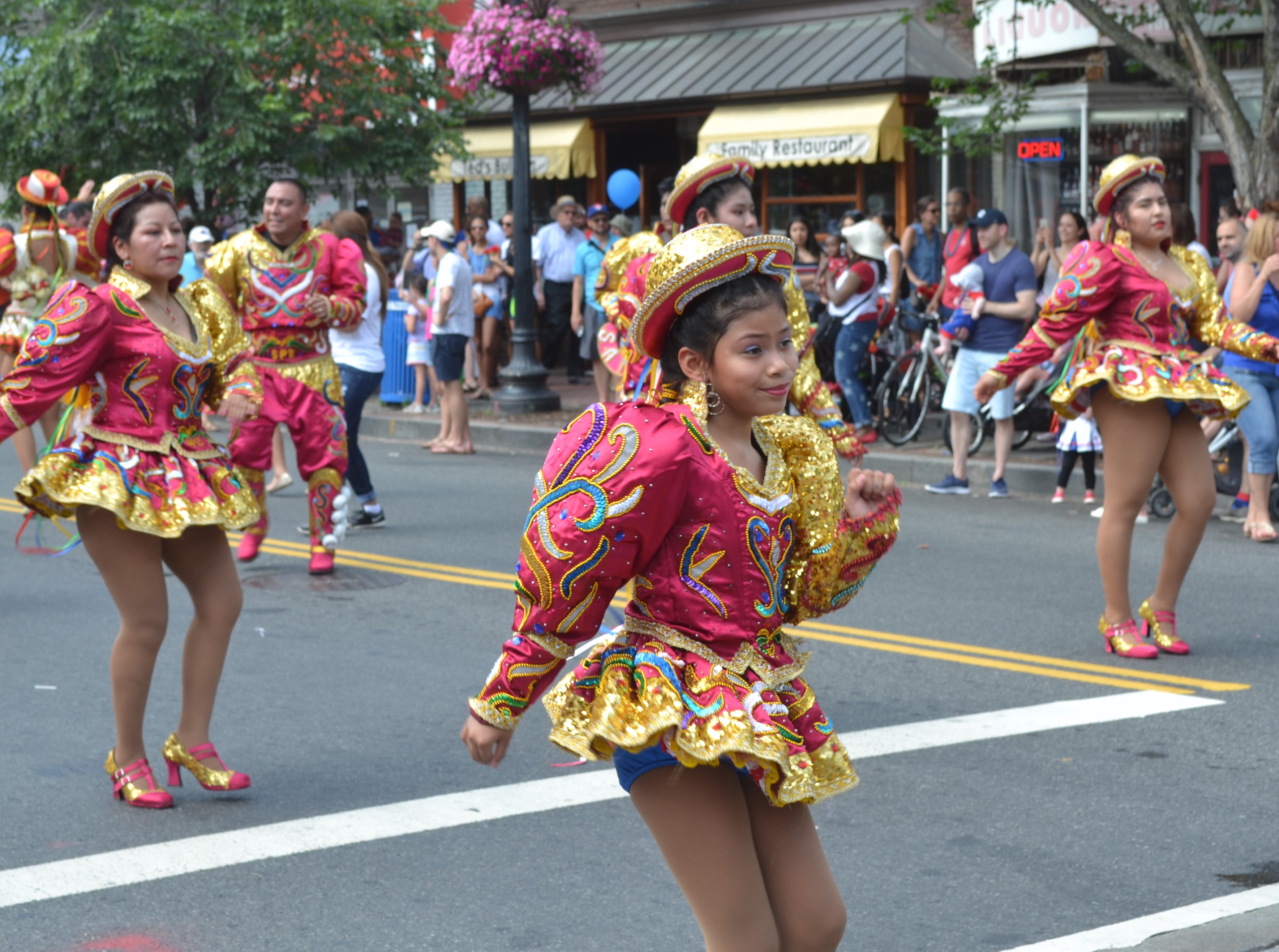 There seemed to be a lot of candy tossed this year, with particularly good arms on those throwing treats on behalf of Boy Scout Troup 280, Naval Lodge #4 and of course, the Men in Blue of the Capitol Hill BID who added (fake) roses to their buckets of treats this year. Miracle Theater offered popcorn, balloons, water and the comfort of the theater’s air-conditioning and Mayor Muriel Bowser tossed children balls colored Bowser-green. 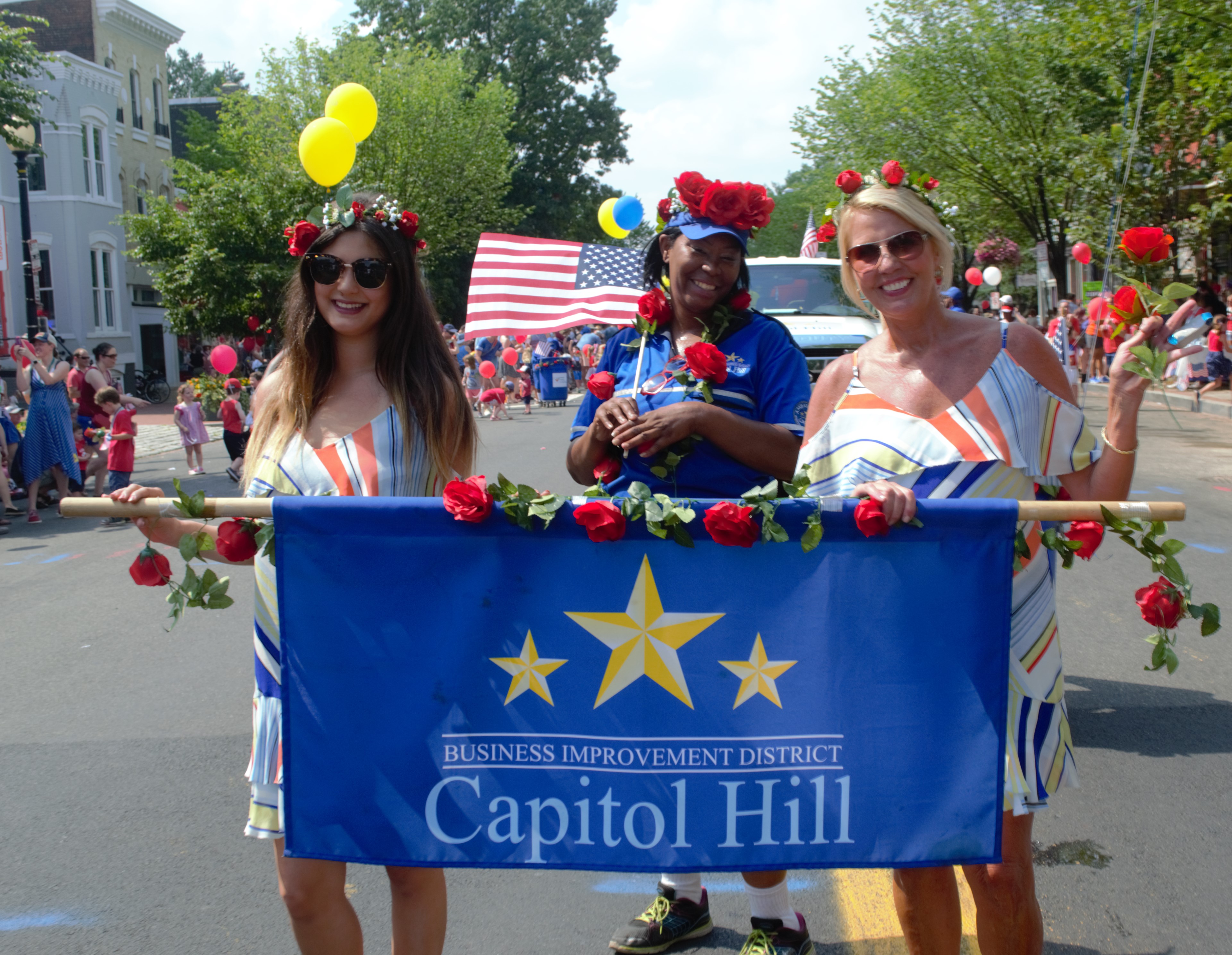 An hour after it started, the parade was complete. The crowd milled with participants in the Eastern Market Plaza or visited Fire Truck Company 7 and Engine Company 18 at the Eighth Street Station, where personnel helped children climb in and out of equipment.

As the day boiled on towards noon, the Blue Men of the BID, having emptied their cans of treats on their voyage north, turned to go south and collect the wrappers left behind. 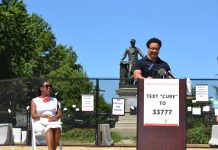