Capitol Hill-based microschool Blyth-Templeton Academy (BTA) Washington has announced that, as of July 1, founding Head of School Lee Palmer will be promoted to Chief Innovation Officer (CIO). Radha Parameswaran, the current Academy Dean, will serve as the new Head of School.

Now in its third year of operation, BTA Washington (921 Pennsylvania Ave. SE) was recently recognized in Washington City Paper’s Best of D.C. 2018 list as one of the District’s top high schools, together with Woodrow Wilson and the DC International School.

Based on a Canadian program founded more than 40 years ago, Blyth Templeton Academy was opened in 2015 in partnership between an education-focused organization, Templeton Learning, and the Canadian-based school program Blyth Academy.  BTA is based out of the Hill Center but uses the entire city as a classroom by tapping into the wide variety of cultural and education resources the District has to offer.

“Capitol Hill has a huge interest in education. We opened in DC because it’s a metro that’s really open to thinking about education in different ways,” said Palmer.

The average class size at BTA is less than eight students, allowing the school to focus on particular student needs. It also facilitates unique experiential learning. On a visit to the school, one student spoke about a recent philosophy class during which students tried out the methods of Socrates at Eastern Market.

“Socrates used to go to the market, and ask people questions,” she says, explaining that this was part of his belief that “the unexamined life is not worth living for a human being.”

“So, we went to Eastern Market and started questioning people. Some of them were in too much of a hurry — they needed to get their grocery shopping done. But some of them got really into it.”

Palmer says this is one example of both different learning strategies and the way in which the city itself can be utilized in learning.

A former Principal of the Upper School at Sidwell Friends, Palmer was recruited to be the first Head of School at BTA in 2015.

In her new role as CIO, Palmer will have more time to work on plans for the future trajectory of BTA, as well as to support other academic institutions that express interest in learning more about the school’s philosophy and practices.

Palmer said she had been spending time helping other schools think about ways to innovate, work she considers important to both the BTA mission, and her mission personally. “That way my work has an impact on a lot of kids, not just our own students,” she said.

“Visitors from all over the world come here,” she said. “It’s easier to show them than to tell them,” she said. “The CIO should be able to see the bigger picture, as well as thinking about growing the school. She’ll be serving as a person with a lot of experience and wisdom to help other schools,” said Parameswaran.

Palmer will focus on development, “but would still be at the location and thinking about strategic planning rather than the day-to-day functioning of the school,” Parameswaran added.

The incoming Head of School Radha Parameswaran started at BTA as a part-time science teacher, working her way up to STEM coordinator with some administrative duties. In her third year, she became Academy Dean. In her new role, Parameswaran will continue to pursue the path that the Blyth-Templeton team has developed.

As Head of School Parameswaran says she is going to focus on running the school, administration and outreach and support for the parents, students and teachers. “General day-to-day operations. “

Parameswaran said she has no plans to make any drastic changes. “I think part of the reason this is working so well,“ she said of the school, “is we wanted it to be a good transition. I think the future of BTA is now.”

“BTA is on a good trajectory.”

Learn more about Blyth-Templeton Academy (BTA) by visiting their website, scheduling a visit, or by contacting them via email or telephone at [email protected] or  (202) 847-0779. 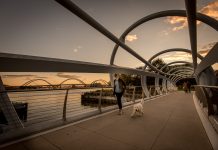 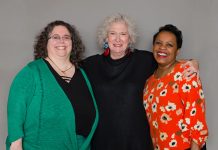 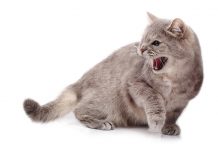