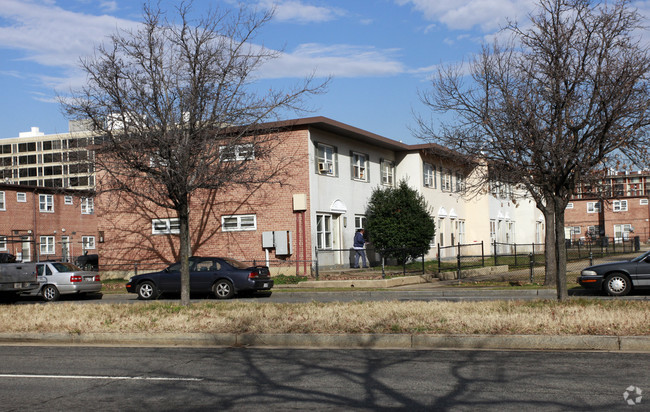 The June 11th piece on the potential realities of Build First for Greenleaf raises issues that should be of concern to all Southwest residents and to District leaders as redevelopment continues at a breakneck pace. As Vice Chair of the Near SE/SW Community Benefits Coordinating Council (CBCC) and participant in the DC Housing Authority (DCHA) Greenleaf Advisory Council, I too am concerned about the fate of Greenleaf residents and of public housing overall in Southwest.

The Advisory Council was introduced on May 15 to the eight development teams who have been selected via the Request for Qualifications (RFQ) to submit proposals for Greenleaf redevelopment. The Advisory Council has not seen the Request for Proposals (RFP) due out shortly that will largely determine the parameters of the developer team proposals critical to determining whether and how Build First can be realized.

We are ever grateful for Councilman Charles Allen’s leadership in getting a “Build First” resolution from the Council so that no families should be displaced as Greenleaf is redeveloped. A “conceptual plan” developed by HR&A consultants, and shared with the community in March 2016, suggested a 3:1 ratio of Market Rate to Below Market Rate (BMR) units to replace Greenleaf units as part of the anticipated new mixed income development. That is 25 percent BMR units, considerably above the minimum legally mandated percentage for new development, which we hope will prove practicable in the new plan.

But, we have not seen the calculus or requirements for unit size (number of bedrooms), density (high rise vs. townhouse designs), rent limits and controls over time for BMR units and eligibility rules (whether federal/DCHA regulations will apply and who will make eligibility determinations). If the aim is to maintain social diversity in Southwest—the mission of CBCC and according to the Small Area Plan Southwest’s most defining characteristic, the fate of BMR housing over time and of families at the lowest end of the income strata is a serious concern.

With respect to unit size, it is frequently noted that the large units built 50 years ago were to accommodate family sizes that are no longer typical. Whether there is need for many four and five-bedroom units, it is very difficult for low income families to find housing suitable for multi-generational families and those with more than one child. And, an assumption to build primarily for smaller families should be done with great caution and with specific evidence of population needs. Affordable housing for aging seniors and those with disabilities, which also frequently include multi-generational individuals who need separate spaces, is also difficult to find in the private market. Nor do we know whether the proposals will be required to address accommodation for services (space and programming) in order for former public housing residents to make a successful transition into mixed-income housing.

Perhaps most important, there are many publicly-owned parcels, including several DC-owned properties in Southwest that will inevitably be redeveloped in the near future but could be committed to receiving the first numbers of Greenleaf re-locatees, which would obviate the need for any temporary relocation in order to begin the piece-by-piece redevelopment of new structures in a Build First scheme. Land banking of publicly-owned properties and other parcels that become available has not been and should be part of the process for Build First, but the District has been noticeably silent on such a commitment.

If the RFP cannot be shared with the community, and the selection is of course a closed process, this should serve as a reminder of what we are looking for in a response from the developers and in a commitment from the District to use the land we have at our disposal to ensure that Greenleaf residents, and in time other low and moderate income households, are not pushed out in the march of redevelopment.

Fredrica “Rikki”Kramer is Vice Chair of the Near SE/SW Community Benefits Coordinating Council (CBCC) and participant in the DC Housing Authority (DCHA) Greenleaf Advisory Council. She can be reached at fkramer4@gmail.com.

The Future of Union Station is Being Decided Now