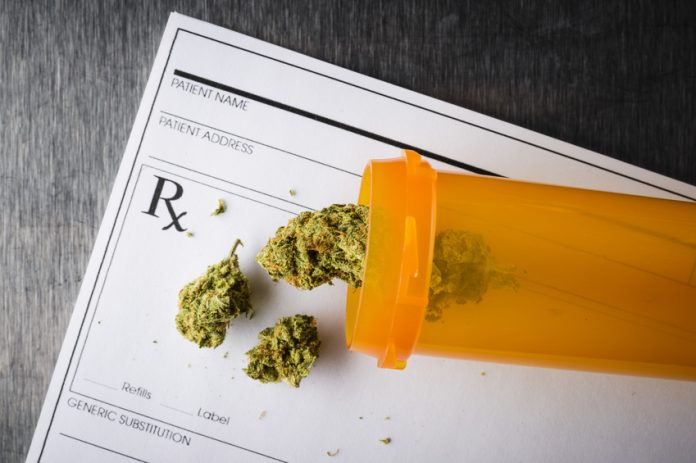 On April 16, the Department of Health (DOH) implemented changes in the District’s reciprocity laws that authorize certified patients from the following states to make purchases at DC dispensaries: Colorado, Connecticut, Delaware, Florida, Hawaii, Illinois, Maine, Maryland, Massachusetts, Michigan, Montana, New Hampshire, New Jersey, Oregon, Rhode Island and Washington. In addition, DC patients are no longer restricted to a single dispensary. With the change, they can visit any in the District.

Gary Hiller, president of Abatin, a cultivation center in DC, finds the recent changes in reciprocity to be beneficial in ensuring that more qualifying patients have access to Abatin’s products in the District and that product quality is preserved.

“Abatin is excited that more patients will be exposed to objectively unique, high-quality products that include objectively novel genetics produced using laboratory-supervised quality assurance protocols not typically seen in, or used by, other cultivation centers,” says Hiller.

Medical marijuana business owners are already seeing an influx of patients. “Over the last 10 days, we’ve already seen about 20 percent of out-of-state customers coming into our facility,” says Rabbi Jeff Kahn, owner of the Takoma Wellness Center Dispensary in the District. “On top of out-of-town visitors now being able to access, patients are also able to utilize different dispensaries in the area, whereas before they had to stick with the one they were registered with.”

Kahn is hoping the DOH will add more states to the list to make access easier for all who visit the nation’s capital.

Remaining Gripes
Some of the most frequent complaints by patients in the District when it comes to receiving a medical marijuana card surround the DOH process of calculating card costs, processing and mailing timelines and overall issuing procedures. “The last time I went through this process it cost me $80 to get the card, approximately $150 to see the doctor, and $50 for the follow-up,” declares a patient in the District who prefers to remain anonymous. “I don’t understand all the paperwork, barriers, or why I can’t go see a regular doctor for a referral who could easily give me a prescription for opiates, an arguably more dangerous drug.”

Dr. Malik Burnett, who helped draft the original legislation for the bill and worked with Councilmember Grosso to get it introduced, says the heavily constricted and tightly regulated program in the District is one of the main reasons he was so adamant about drafting this bill. “Right now, a proactive approach is being taken to re-institute criminalization of cannabis. They’re increasing the number of raids on people and increasing the numbers of arrests,” says Burnett. “Ultimately, the goal of the Medical Marijuana Improvement Act is to remove the criminality of cannabis and establish a better regulatory system.”

Some Reservations
Not all medical professionals in the area are as enthusiastic about the bill as Burnett. Dr. Patricia C. Frye, who started doing medical cannabis evaluations for patients three years ago and sees patients at Takoma Park Alternative Care, has a few concerns about the bill, most of which involve legitimate medical marijuana patients.

“Part of my concern is that by eliminating the doctor’s evaluation so that people can self-certify, it is basically creating a recreational market with dispensary access. If they want that, so be it, but don’t call it a medical program because that is not a medical model,” says Frye. “Let’s not forget that there are patients who actually need guidance and education, and that even with its high safety profile, there are some patients that should not use cannabis, like young people with cannabis-use disorder.”

According to Grosso, “this legislation will further bolster our responses to the opioid crisis. Research shows that states with robust medical marijuana programs have lower rates of opioid overdose deaths.”

Gray agrees, saying that “with the federal government going in the wrong direction on medical marijuana, in the midst of an opioid crisis, this bill creates more progressive polices that will remove arbitrary barriers between District residents and the medical marijuana that can vastly improve their health and quality of life.”

The Bowser administration remains opposed to the bill.

During a Nov. 9 health committee hearing, Arian Gibson, the manager of the DOH Medical Marijuana and Integrative Therapy Program, stated: “DOH is concerned that Bill 22-446 runs counter to the tenets of the District’s medical marijuana program and contains several health, safety and legal issues. It would allow a person to become a qualifying patient by simply proving he or she is 21 years or older and signing an attestation that the marijuana will be used for medical purposes only and that he or she is aware of local and federal laws regarding marijuana.” Gibson added, “This is similar to a recreational program and provides access to marijuana for individuals who are not enrolled in any jurisdiction’s medical marijuana program or have any medically documented need for marijuana.”

Bill 22-446 awaits hearing by the Judiciary Committee, chaired by Charles Allen (D-Ward 6). “I hope later in the year to be able to turn to the bill,” states Allen. “At the moment, we’re in budget season, and we also have a number of pressing legislative priorities to address before the end of the session – including bills relating to the Youth Rehabilitation Act, expanding the rights of sexual assault survivors, gun control, criminal record sealing and expungement and ethics and campaign finance reform.”

Chloe Detrick is a communication professional and freelance writer located in the DC area. She enjoys writing about the DC arts scene, women’s issues, cannabis and drug policy and other relevant topics that come her way. You can follow her writing and ramblings on Twitter (https://twitter.com/chloe_detrick).