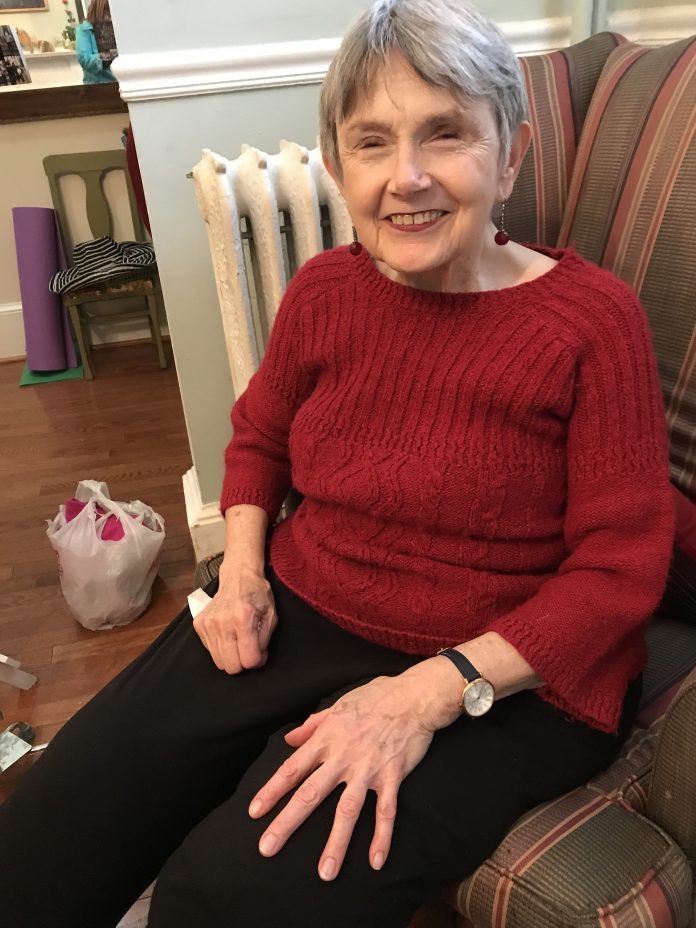 Joni Bell has lived on Capitol Hill for almost 50 years. I’ve written two other columns about her– the first was about her teaching Qi Gong at her church, Capitol Hill Presbyterian. The second column in 2010 was about Joni’s decision to renovate her house to make it livable on one floor. Joni was one of the first residents to choose to adapt her Capitol Hill townhouse into a home that could be lived in as she aged.

Because Joni has multiple sclerosis (MS) and her disease is progressing, she has let go of her plans to live her life out on the Hill, sold her house and is moving to North Carolina to be with family. Many of us when faced with physical adversity as Joni has been, would fall apart, be angry or at the very least depressed. But Joni instead has faced her limitations head on and has made the most of them.

“Even though I designed my house on the Hill for accessibility and have roommates that are very helpful, I realized I needed more help,” she said. “My niece made this offer and I thought, ‘Yes, it’s time. In fact, it’s a good time to make the move.’”

She will be moving to live with her older sister Susie with whom she hasn’t shared a house since they were children. “I’m excited about living with Susie,” she said. “We get along famously.” Joni will also be near her niece Janine.

Every time I am in Joni Bell’s company I feel light, airy and uplifted. Her positivity is contagious. There’s very little Joni cannot find the good side of. She is a glass half full kind of woman – someone I aspire to be more like. There’s no room for negativity in Joni’s life.

Joni Bell has embraced her life path as a single woman with MS with open arms. She never shirked from its reality, yet she doesn’t allow its limitations to define her.

Joni’s Diagnosis
“I like to be a kick-ass woman,” she told me. Joni made that choice 41 years ago when she was diagnosed. “It was scary. I thought, ‘Would I become blind? Would I not be able to walk? What will happen to me?’ Then Joni read a book by a woman who had had a breakdown. The author said she was ‘awfulized.’ “I had a lot to ‘awfulize’ about. I decided then I would never go there.”

Multiple Sclerosis (MS) is a demyelinating disease in which the insulating covers or sheaths of nerve cells in the brain and spinal cord are damaged. This damage disrupts the ability of parts of the nervous system to communicate, resulting in a range of signs and symptoms that can include double vision, blindness in one eye, muscle weakness, trouble with sensation or trouble with coordination.

Joni has relapsing or remitting MS. She said she has had an attack about every other year, but in between she felt pretty normal.

“Fatigue was the worst part,” she said. But Joni found a way to deal with it. Exercise. “I’ve never been an athlete but I began walking. It made a huge difference.” Unfortunately, because of lower back weakness and fatigue Joni can’t walk for exercise anymore. She didn’t give up or get frustrated. Instead she took up swimming at the Eastern Market pool.

Turning Adversity into Opportunity
Joni realized early in her life she had choices and it was up to her to create her own opportunities. When a friend told her about career possibilities in DC, Joni took a chance and her first plane ride to Washington for a job in data entry. Even though Joni majored in English in college she was a pioneer for women pursuing a career in technology that included helping develop computer applications for the House of Representatives.

As the years passed, her MS relapses got worse. She began falling. Joni sought out an acupuncturist for help. “My acupuncturist is also a licensed herbalist and a Qi Gong instructor who offered classes,” explained Joni. “When I started practicing Qi Gong I stopped falling.”

Joni’s acupuncturist explained. “Qi Gong movements gently stimulate the spine. When the spine is stimulated your organs are stimulated remotely and that’s what brings you into balance.”

Joni experienced another unexpected benefit of practicing Qi Gong. She lost 50 pounds without dieting. “I craved less and got full faster and never gained the weight back. I’ve been heavy all my life. Why couldn’t this have happened when I was in high school?” she said, laughing.

Creating a Community
Joni wanted to share her love of Qi Gong with her family on the Hill – the congregation at Capitol Hill Presbyterian Church where she has been a member for 34 years. She started teaching a Qi Gong class free of charge. Word spread beyond the church congregation and she developed a neighborhood following. “I’m sad about leaving all my students who are my friends,” said Joni. “But they don’t really need me anymore.” Joni has taught them so well that several students are able to lead the classes after Joni moves.

When Joni realized her driving skills were diminishing she willingly gave up her car and driving almost 20 years ago. Because of her strong community bonds in church, the Capitol Hill Village and her friends she has stayed mobile and involved.

Joni now is coping with edema – her legs swell which makes mobility more of a challenge. Joni’s ‘glass half full’ attitude prevails. “It’s just another part of my journey.”

The decision to move has been bittersweet. “I’m proud of myself for what I have accomplished with my life in Washington. I’ll miss my life on the Hill for sure,” she said. “I need community. That’s what feeds my soul.”

There’s hardly a tone of regret in Joni’s voice. She is already looking forward to her move next month, to her scrabble games with her sister and to getting to know her niece better. “I feel I’ll be able to create the kind of community I need where I’m going.” There’s no doubt that Joni Bell will.

Pattie Cinelli is a fitness professional and journalist who has been writing her health/fitness column for more than 25 years. She writes about leading edge wellness topics and interviews leaders in the field. Pattie also runs a fitness business that includes personal training using holistic health and fitness principles, private and group yoga and Pilates mat sessions and lectures for companies, conferences and offices about wellness topics. Contact Pattie at [email protected] 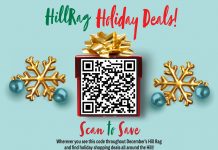 Volunteer at the National Arboretum