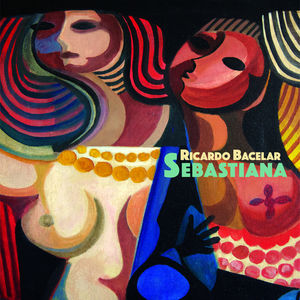 Sebastiana •••
Ricardo Bacelar, pianist
Jazz pianist Ricardo Bacelar’s new release focuses on the roots of Brazilian music with its sprawling list of reinterpretations and originals such as the ethereal “Nothing Will Be As It Was,” featuring Americans Maye Osorio (vocalist) and pedal steel guitarist Steve Hinson. Other standouts include “Suco Verde” and “Sernambetiba, 1992,” the latter a swoon-inducer graced by the album’s producer Cesar Lemos’ celestial vocalizations on the track named for the street where Mr. Bacelar and Mr. Lemos first met and shared an apartment 25 years ago.

The Brazilian duo’s comprehensive approach for the contemporary jazz and creative fusion session included inviting musicians from Cuba, Argentina, Venezuela, Colombia, Peru and the U.S. to play. The result was a fun and enjoyable musical diaspora of uniquely Latin American rhythms and instruments such as vallenato (a Colombian rhythm performed using a diatonic accordion and vallenato box), sangueo (a Venezuelan rhythm constructed of cumaco and mina drums), bomba (a Puerto Rican genre originating in the West Indies and derived from the west coast of Africa using drums made from barrels), timba (an energizing Cuban rhythm), the Andean charango (a stringed instrument part of the lute family), and the bandoneon, a concertina with roots in Argentina. 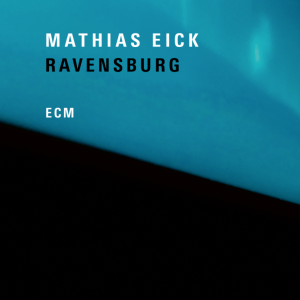 Ravensburg •••
Mathias Eick,  trumpet, voice
Visions of an array of musicians exploring myriad of notes covering the performing stage would seem overwhelming, but these performers are made of stronger stuff. For them building complex contrapuntal structures, combing harmonies with fluency and intensity, bringing textures to rhythmic and expressive life, creating sound that is consistently spacious, with a natural  clarity and an even balance, holds no fears. Rather they not only sustain their way through the album’s emotionally expansive essence without a moment’s doubt, but illuminate the path with such sovereign spontaneity one hardly notices the diverse musical undergrowth all around. Mathias Eick has a clear-sighted view of what is needed, aided by musicians whose pure, perfectly blended tones are in themselves a joy to hear. Ravensburg is as lush and enchanting as the final piece, “For My Grandmothers,” teasingly sacred for its testimonial beauty, highlighting the work’s essential nobility to emerge in a most moving fashion.

Throughout the album, haunting melodies are embroidered with fine-spun pianistic tracery. Violin, bass and drums are clear-cut rather than cushioned. When the music soars in the upper reaches, the performance is bewitching. Mr.Eick’s seemingly inexhaustible invention with his trumpet, all the dramatic instinct that made his performance a remarkable work, sometimes extracts an embodiment of a peace of mind. His technique is faultless, his tonal quality is very beautiful, but there is a feeling of dignity and refinement in his response to the music, duly noted on “Parents,” and “Ravensburg” (title track). Appearing on Ravensburg are Håkon Aase (violin), Andreas Ulvo (pian), Audun Erliene (electric bass), Torstein Lofthus (drums), Helge Andreas Norbakken (drums, percussion). A fine album, lustrously recorded. 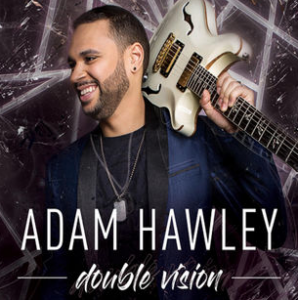 Double Vision •••
Adam Hawley, guitarist
In 2016 Adam Hawley’s debut album, Just The Beginning, commanded three Billboard No. 1 singles, plus two Debut Artist of the Year titles, a noteworthy achievement for any musician. Now two years later Mr. Hawley is hoping to make that same score with his latest release Double Vision. “My number one goal was to have my second album not only live up to the first, but hopefully surpass it to repay the listeners with a fitting second offering rich with strong grooves,” said Mr. Hawley about the new ten-track set he wrote and produced, highlighted by collaborations with Grammy winner Jeff Lorber and contemporary jazz chart-toppers Dave Koz, Darren Rahn, Marcus Anderson, Julian Vaughan and Greg Manning.

Topping the Billboard chart with “35th Street” (featuring Eric Darius), “Joy Ride” and “I Don’t Mind,” (featuring Euge Groove) lead to Mr. Hawley being named Debut Artist of the Year by JazzTrax and Smooth Jazz News. “Can You Feel It?,” became his highest debuting Billboard single to date. The song is one of nine instrumentals he penned for Double Vision that pour equal measures of sparkling pop, smooth R&B grooves and cosmopolitan jazz, stirred neatly by slick fretwork. The album’s lone cover is a reimagined take on Adele’s “Hello,” which Mr. Hawley ingenuously transforms into a sultry acoustic number with exotic Latin samba rhythms. His wife, Kat Hawley, delivers inviting vocals with warmth and aplomb.

Anything Goes: It Really Is De-Lovely