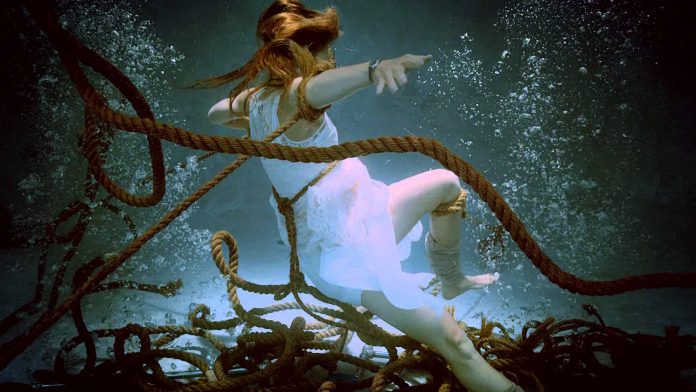 Charismatic and congenial, Lydia front man, Leighton Antelman, is a seasoned performer. On tour promoting the release of the group’s seventh studio album, “Liquor,” Antelman understands his audience, delivering the concert experience they want. “We are the band, Lydia, and we are going to play you some music,” Antelman shouts out to the crowd, while launching into a practiced, yet heartfelt, “When It Gets Dark Out.” “I taste the ocean on my tongue/I feel the words inside my lungs,” he croons.

AND, Lydia’s loyal fans raise their hands, swaying, and sing along in earnest. These serious, eager, youthful devotees, filled the 9:30 Club on a Sunday evening, demonstrating the popularity of the Arizona desert originators’ blend of Indie, pop and emo. Their enthusiasm left just enough air in the room for breathing.

Lydia was the second of three acts. From my sleuthing in the women’s room, at the bar and on the dance floor, I discovered that they were the band a majority of the audience was there to see.

The fans had a consistent mantra. They all recalled the almost cultish success of Lydia’s second album, “Illuminate,” an ethereal emotional romp through seamless harmonies and spot-on metaphors. It is no wonder then that “Hospital,” the fourth song of Lydia’s set and hands down the record’s best song, was greeted with such enthusiasm, increasing the room’s energy a tenfold. As he sang this tale of love and loss, Antelman deftly connected with the crowd:

Antelman engages his fans with unabashed enjoyment. He is genuine and appreciative. The feeling is obviously mutual.

During a pre-concert interview, Antelman told the Hill Rag that the band was “stoked to be back (in DC) and see some old and fresh faces and play some old and new songs.” This was reflected in the careful mix of tunes he delivered Sunday night.

“Riverman” from “Run Wild,” their latest album; “This Is Twice Now,” another gem from “Illuminate;” “The Exit,” from “Devil;” and “Goodside” rounded out Lydia’s mesmerizing performance. “Goodside” caused a stir. The new song encapsulated the sense of emotional awe and existential angst that the band communicates at its best.

Being sandwiched in the lineup between Cleveland’s McCafferty’s old school post-punk and ever-popular Brit emos, Moose Blood, encouraged Lydia to give their fans a tight set offering the best of their best. Anticipation for “Liquor’s” scheduled release on July 13 was palpable.

“I really do try and be as honest as possible and sometimes it comes out more than others,” Leighton Antelman confessed to Hill Rag. On a Sunday in front of their adoring fans, Antelman was all honesty and authenticity, and that is just an example from the many attributes which will ensure Lydia’s continued success and longevity.