At about 1:15 a.m., officers responded to reports of a shooting on the 1700 block of Bay Street SE. On arrival, the person who reported the crime opened the door to the officers, telling them “my grandson just got shot.”

The reporting person said that he had heard a loud bang at the front of his residence, but thought it was the front door slamming. He went downstairs to investigate, discovering his grandson. He then called 911.

When asked what happened, the victim simply stated, “I just got shot.”

Police have a description of two persons of interest. The first was wearing a white hoodie, and the second was wearing a black hoodie. The two were last seen fleeing on foot eastbound on Burke Street SE.

Anyone with information about this case is asked to call the police at 202-727-9099.  Additionally, anonymous information may be submitted to the department’s Text Tip Line by sending a text message to 50411.

Crime Solvers of Washington, DC, currently offers a reward of up to $1,000 to anyone who provides information that leads to the arrest and indictment of the person or persons responsible for a crime committed in the District of Columbia.

At 8:30 a.m. Saturday, a man and a woman were arrested on the 1700 block of Lang Place NE on charges of Lewd, Indecent or Obscene Acts.

At 5:17 pm. Saturday, a man was arrested on the 900 block of 21st Street NE on charges of Carrying a Pistol without a License.

The Blotter is based on the reports posted on March 11th and 12th, 2018 by the MPD to the 5D Listserv. MPD 1D has not posted reports since March 9th. 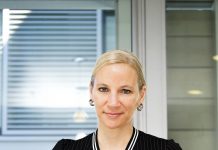