The Rock ’n’ Roll Marathon will run through DC on Saturday, March 9. The course includes a total of about 26 miles of streets throughout the District, beginning in northwest Washington, passing through Capitol Hill and Anacostia and ending near Robert F. Kennedy (RFK) Stadium.

According to Events DC, the marathon attracts more than 30,000 people to the District, generating $20.4 million for the local economy. 23,000 people are expected to participate in the run, elements of which begin as early as 7:30 a.m. and conclude at 12:30 p.m.

Road closures throughout the District begin at 2 a.m. the day of the race. All roads are expected to be re-opened by 3 p.m.

The Metropolitan Police Department (MPD) will be enforcing the ‘Clean Streets Initiative’ throughout the District. Police ask that residents move their cars from the race route. Road closures are indicated by signage along the route.

Allen strongly encourages that residents not to park along the route. “Once the race begins, you cannot move your car,” Allen pointed out.

According to Allen, Chief Newsham believes that the best practice for the safety of everyone is to clear all the vehicles from the race routes. “I have a few questions about the logistics of that, but of course we all want safe and successful events,” the councilmember said.

Allen has requested that the Mayor and Chief not ticket and tow on residential blocks for the Rock and Roll Marathon. “My understanding is that the Chief and MPD have agreed to that,” he said.

Cars parked in commercial corridors will still be subject to towing and ticketing, as previously reported by the Hill Rag.

Capitol Hill Streets affected by the route and the planned times for closure are indicated below. 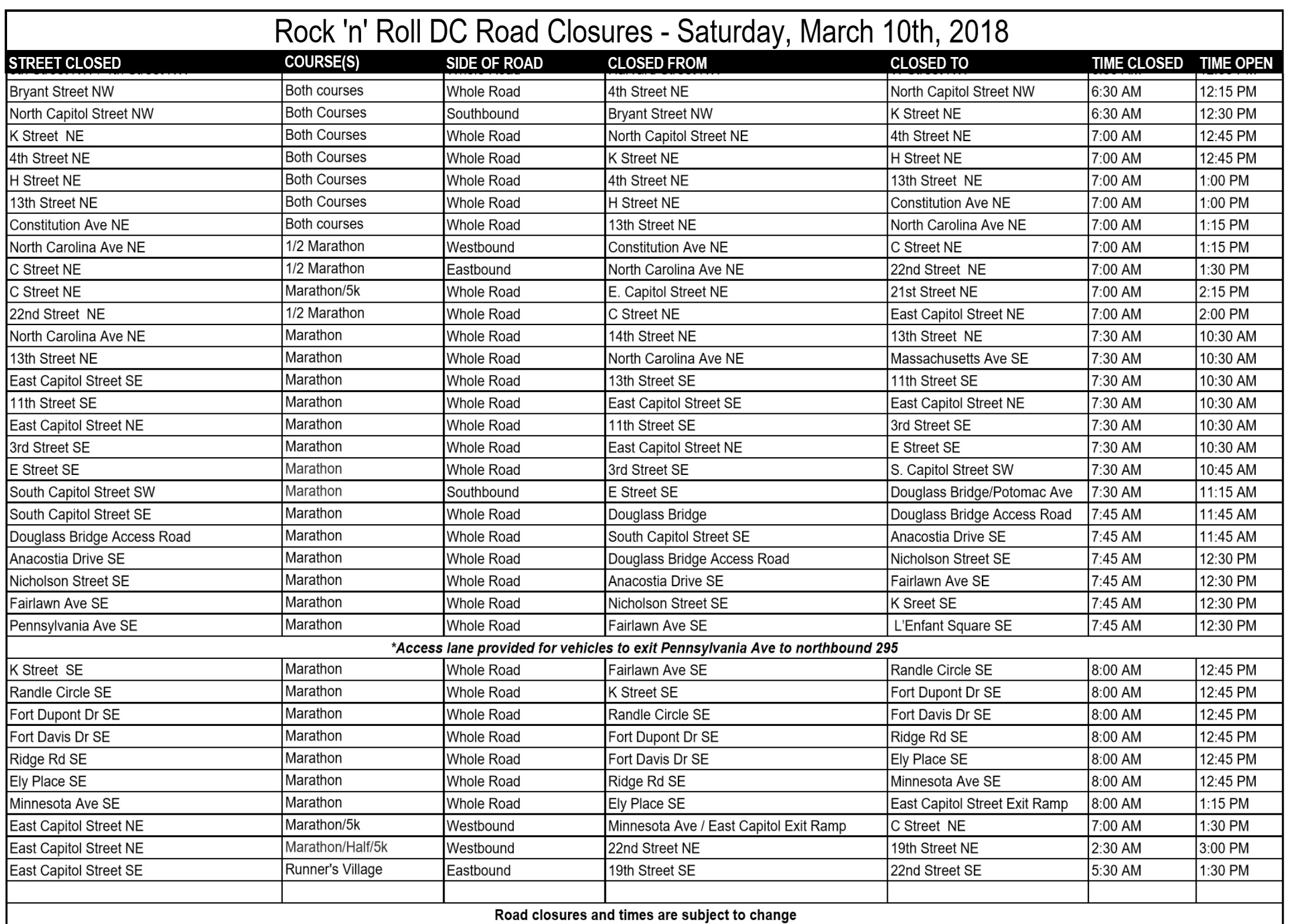 The route may be crossed at the intersections listed below, which will be monitored by MPD officers.

MPD will provide additional roving vehicles in the Capitol Hill and Kingman Park neighborhoods. The Department of Public Works (DPW) will monitor the surrounding neighborhoods for illegally-parked vehicles.

Recognizing the impact to the neighborhood, Events DC has required the race organizer to clean along 19th Street near the Stadium-Armory metro station and the RFK Campus. The sports and entertainment authority has also hired local company Clean Decisions for post-event trash pick-up along the boundaries of the RFK Campus including the Anacostia Riverwalk Trail, Oklahoma Avenue and 19th Street NE.

The expo and festival are free and open to the public.

Arrest Made in Southeast Voyeurism Case