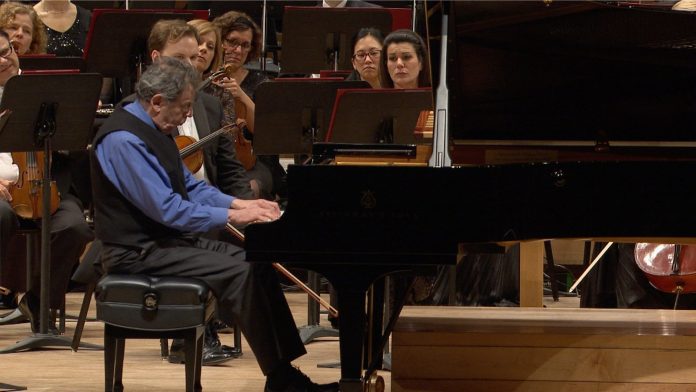 A faithful follower of Philip Glass, I was hooked when I first saw his experimental film, “Koyaanisqatsi: Life Out of Balance,” in 1982. Its music is composed in a minimalist style of short recurring notes, simple structures and tonal harmonics. Experience this for yourself on Friday, March 9 at a performance of his “20 Etudes: A 5-Pianist Performance” featuring Glass himself, Jason Moran, Aaron Diehl, Devonté Hynes and Jenny Lin at Kennedy Center Concert Hall.

Joining Glass in his eagerly awaited Kennedy Center debut, each pianist performs four of the 20 etudes. Watch them bring a fresh and personal perspective to a work that Glass composed over a 20-year period and still considers something of a self-portrait. Do not miss the appearance of this American master composer, widely regarded as one of the most influential musicians of the late 20th century. Show at 8PM. Tickets: $29 to $89.

Sometimes a show with stripped-down instruments and gentle harmonies is just the ticket. Agreed? Don’t miss The Low Anthem performing on March 10 at Union Stage.

Formed in Rhode Island by multi-instrumentalists Ben Knox Miller and Jeff Prystowsky in 2006, the band has a crafted, abstract sound and a love for non-traditional musical instruments and arrangements. Combining immersive electronics and humming ambiance, their sound reminiscent of the English folk music band Tunng.

“The Salt Doll Went to Measure The Depth Of The Sea,” the group’s new record released on Feb. 23, has a beautiful, melancholic sound. The album’s twelve tracks that barely stretch past the two-minute mark are powerful. The driving inspiration behind the new offering was a 2016 car accident in which the group’s tour van crashed, wrecking a lot of gear and instruments.