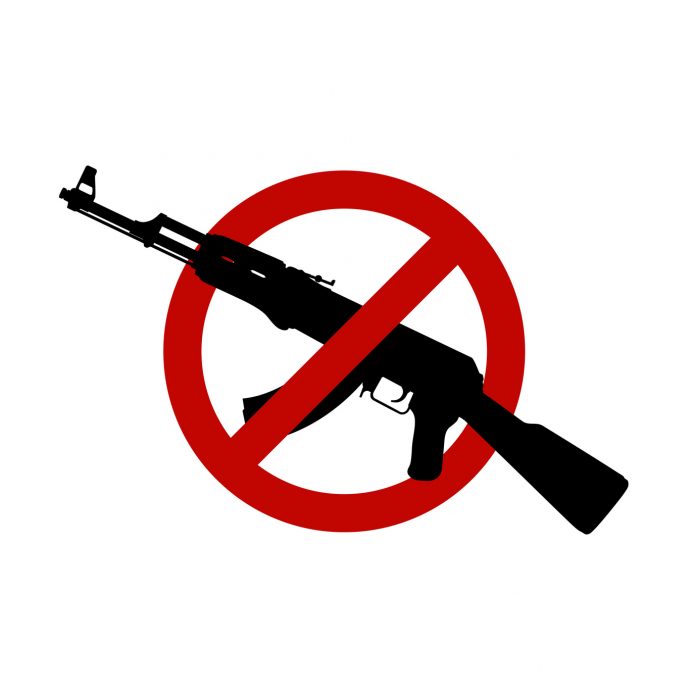 Rome Watkins, Aaron Teeter, Roland Brooks, Robert Plight, DeAnthony Henson, Robert Arthur and Jermaine Bowens. These are the names of friends, students and neighbors of mine who have been shot and killed in the District of Columbia. They were victims, all of them, of a culture that perpetuates violence, where the process of pulling a trigger is more empowering to some than starting a conversation or seeking help.

I will never get my friends back; more importantly, nor will their families. As I write this I am also thinking of the families in Parkland, Virginia Tech, Orlando, Las Vegas, Sandy Hook and so many other mass shootings.

As individual and mass shootings continue, members of Congress remain beholden to the National Rifle Association (NRA) and do nothing about this uniquely American scourge of violence.

I do not know all of the answers on how to stop the slaughter. I do know that guns are too readily accessible both legally and illegally. We are a gun culture, and that is a horrible illness. The lawful, easy access to guns feeds the illegal supply of them as well.

We have tried through our elected officials to limit the number of guns in the District, but with firearms readily accessible across the border in Virginia and in too many states, we cannot stop the flow into DC. The District has lost court rulings about its gun laws and has made adjustments to comply with them. (We have lost court rulings before federal judges who were confirmed by the US Senate, a body where we have no representation.)

The courts are not the greatest threat to DC gun laws: it’s Congress and people like Rep. Tom Garrett and Sen. Marco Rubio, who are the sponsors of bills aimed at gutting DC gun laws. As we approach the 2018 election we should be seeking to make sure Rep. Tom Garrett and those who enable his dangerous behavior (looking at you, Rep. Barbara Comstock) lose where it counts, at the ballot box.

Americans for Self-Rule is a political action committee (PAC) set up to defend the District’s right to self-governance against congressional intrusions, and they will be working to defeat Rep. Garrett. Please consider working with them, the Indivisible Groups in Virginia’s 5th and 10th Congressional Districts or our own DC for Democracy. They are focusing on the power of the ballot to bring about meaningful change.

If we want a more just, equitable and safe District and nation to live in, we need to be more active in ensuring that people who respect the District’s right to home rule and pursuit of statehood win elections. The statehood movement needs to start demonstrating electoral strength to build alliances among supporters and create fear within our opponents. Though we have no vote in Congress, we can still be active in the electoral process to make sure that true allies of home rule and statehood win elections and that opponents lose.

Gun laws are not perfect. They do not stop hate. They do not stop all violence. They can, however, help prevent the easy access that puts weapons in the hands of those who use them to kill. Our national gun laws foster and sustain an immoral system that values gun ownership over public safety. It is long past time to end our culture of violence, and this year should be transformative in that process for the people of DC and the nation.

Between now and November, we must begin building a coalition to prevent gun violence and support DC statehood. We must use the power of the ballot to make sure that we end our culture of violence, end our irrational gun policies and end the careers of those who care more about the NRA’s money than about the thousands of victims of gun violence. We must radically change our culture of violence and reject the policymakers who enable it.

Hill East Parking Enforcement: Not a Priority for the City