Director, District Department of Transportation
The meeting opened with a community presentation from Jeff Marootian, newly confirmed director of the District Department of Transportation (DDOT). He was joined by staff members Jim Sebastian, Lee Goodall and Tyon Jones. His priorities are Vision Zero – a plan to eliminate traffic fatalities and serious injury by 2024 – and to “improve mobility for all users of the roadways.”

Marootian remarked that his past experience as an ANC commissioner has informed his thinking. Key points from his presentation:

Alcohol Beverage Licensing Actions
Commissioners voted to approve a settlement agreement with Truth Hookah/Cigar (1220 H St. NE) and will not protest its request for a CT (tavern) license.

Transportation and Public Space Actions
Commissioners voted to support the concept proposed in B22-0351, legislation authored by Councilmember Charles Allen to create a school parking zone program. The legislation would address a DC Public Schools (DCPS) policy that prioritizes onsite parking on school property over recreational space for students. Chris Laskowsky, a representative of Allen’s office, explained that the bill would do three things:

The bill was introduced last June, and there was a hearing in September at which DDOT expressed concerns about the cost of administering the program.

ANC 6A voted unanimously to provide a letter of support for the 2018 Rock‘n’Roll Marathon on the condition that, for the 2019 race, the organizers commit to meeting with the ANC prior to their meetings with DDOT and the Homeland Security and Emergency Management Agency (HSEMA) in order to discuss the possibility of alternate routes that do not repeatedly impact ANC 6A and the streetcar.

ANC 6A will oppose the Clean Route requirement that no cars be permitted to park along the route far in advance of the race. This is a heretofore unenforced policy of the Metropolitan Police Department (MPD). The minutes of the Transportation and Public Space Committee (available on the website) document that committee members closely examined this issue at their January meeting and determined that it would be an unacceptable burden on the community given the number of blocks that would be affected and the length of time the restrictions would be in place.

ANC 6A will send a letter of support to the Mayor’s Task Force on Special Events for the 2018 Capitol Hill Classic race and oppose the Clean Route requirement. Commissioners noted that, unlike the Rock‘n’Roll Marathon, this is a community-serving event and imposes less of a burden on residents due to shorter route and hours.

Economic Development and Zoning Actions
ANC 6A will send the following letters – all related to the commission’s desire to increase the play space at Maury Elementary School (1250 Constitution Ave. NE):

Reports and Announcements
Toomajian announced that Councilmember Charles Allen and Michelle Garcia, director of the Office of Victim Services and Justice Grants, will appear at the March 8 ANC meeting.

Gove announced a joint community service project between Eliot-Hine Middle School and Maury Elementary School: a cleanup effort near the schools (1800 block of Constitution Avenue NE). Nearby Eastern High School will be invited to join.

Catholic Charities is participating in the IRS-sponsored Volunteer Income Tax Assistance (VITA) program. Those needing help with their returns can receive it on Saturdays, 9 a.m.-5 p.m., through April 14 at the Catholic University of America Columbus School of Law, 3600 John McCormack Drive NE. Call 202-319-6788 or email [email protected] to schedule an appointment.

A public meeting, hosted by DDOT, for the C Street NE Rehabilitation Project is planned for Feb. 15 at the Rosedale Community Center, 1701 Gales St. NE. The plan focuses on streetscape elements such as sidewalk improvements, traffic signal upgrades and better accessibility. Visit www.cstne.com for project information.

ANC 6A meets on the second Thursday of every month (except August), usually at Miner Elementary School, 601 15th St. NE. 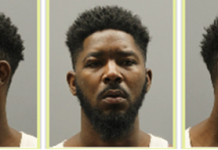 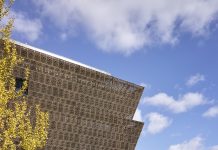