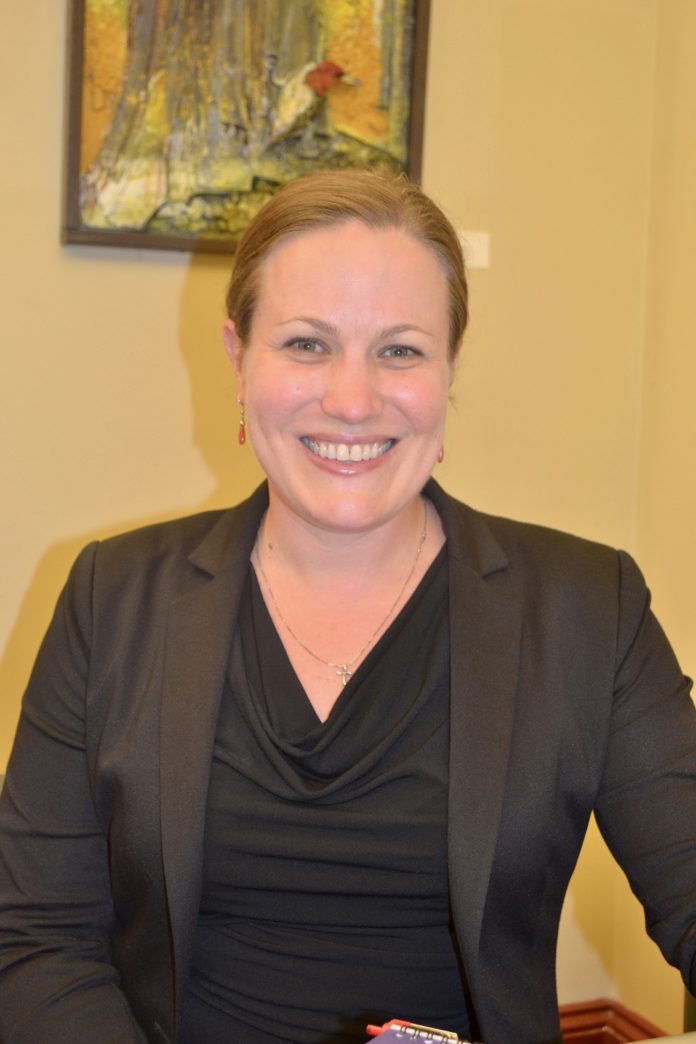 Advisory Neighborhood Commission (ANC) 6B Commissioner Aimee Grace (6B07) officially submitted her letter of resignation, dated Tuesday Feb. 20th. Grace had announced her resignation at the Dec. 13 meeting of ANC 6B.

In here letter, she said “it has been a true honor to serve and work with my neighbors and community as ANC 6B07 Commissioner,” expressing gratitude for the contribution of community and government leaders on efforts such as the Potomac Triangle Parks, school improvement and public safety.

Grace said the decision was compelled by a change in her husband’s employment, effective March 2018, but also by their mutual decision to return home to Hawaii to be near to their aging parents. They will keep their Capitol Hill home, Grace said in the letter.

“We will of course remain invested in the community with our many friendships and also keeping our home here.  I am also committed to making sure that our Potomac Ave SE triangle parks project, in particular, finishes strong,” Grace said in a statement at the meeting.

“This has been a very difficult decision and I’m so sorry to need to leave my term early.”

Grace said she is aware of at least two people interested in serving out the remainder of the 2018 term as commissioner for ANC 6B07, and encourages all interested parties to contact her for information about how to proceed with either an election (if multiple parties are interested) or in assuming the position (if only one individual applies).

Grace can be reached via email at 6B07@anc.dc.gov.

Grace thanks her constituents in ANC 6B and, in particular, in her Single Member District for being such a wonderful community.

“It has been a great honor serving as your ANC commissioner,” she said, “and I will continue to enjoy serving in this role until we leave.”

Grace says that until a new commissioner is elected, if community members have concerns they can contact:

A War of Ideas