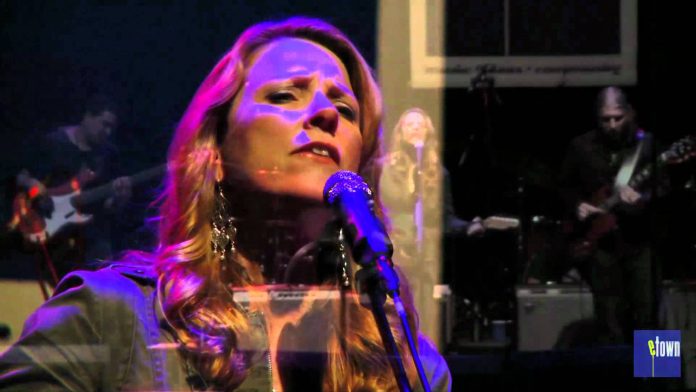 This weekend I am off to catch the first show of Tedeschi Trucks four-night stand at the Warner Theater. For those of you unfamiliar with the band, it is the labor of love between Susan Tedeschi and her husband Dan Trucks. Trucks is a guitar child prodigy who followed his uncle, the group’s original drummer into The Allman Brothers. Think Johnny Winter and Lighting Hopkins. Tedeschi, who joins him on rhythm guitar, has a voice that rivals Bonnie Raitt.

Listen to Trucks play slide guitar on backing his Tedeschi in this Tiny Desk concert.

Tedeschi Trucks perform with a full horn section that gives them a true New Orleans groove. The fun starts at 8 p.m. this evening and continues Feb. 10, 16 and 17.

Having experienced Iceland Airwaves over 10 years ago, I am somewhat familiar with the band Múm. An incredible amount of music comes out of Iceland. This band is no exception. They are performing Feb. 11 at the 9:30 Club.

This experimental group blends classical and rock instrumentation with electronics, interrupted beats and affected voices. Formed in 1997, the band’s music has always incorporated moody textures in otherwise childlike electro-pop. Their current album Smilewound, has a rhythmic strength with its airy and relaxed heavenly voices. Their music takes me back to the place where I first discovered them. Tickets are $25. Doors open at 7 p.m.

Thank you, Noel Gallagher, for keeping the heyday of the late 90’s Britpop alive. The former lead guitarist and principal songwriter of the English rock band Oasis is performing on Feb. 12 at The Anthem.

I have been following Noel’s solo career since he released his first High Flying Birds solo effort in 2011. Stepping in as the front man, Gallagher has done a fine job taking the lead and delivering some of the best material of his life. Expect music from their newest album “Who Built the Moon?” Be prepared for some nostalgia from the Oasis catalog. Look for the hit “Don’t Look Back in Anger” in which Gallagher sings:

And so, Sally can wait
She knows it’s too late as we’re walking on by
Her soul slides away
But don’t look back in anger
I heard you say