The American roots rockers NRBQ released their first record before Scott Ligon was born. He didn’t hear of them until he was 18, but when he saw them in person a year later, he was hooked.

“It changed my life,” said Ligon. “I related to it in such a profound way. Sometimes you have these experiences where you realize there are other people like you out there. I felt like I was somehow supposed to be part of this thing, which was really weird for an 18 or 19 year old kid.”

Weird or not, Ligon wound up as the guitar player for NRBQ, which returns to The Hamilton on Feb. 24, with founding keyboard player Terry Adams, bassist Casey McDonough and drummer John Perrin. Longtime fans can expect to hear some favorite songs, but as always at an NRBQ show, one should expect the unexpected.

Ligon fills the big shoes of guitarist Al Anderson, whose tasty licks helped define the twangy-rockabilly sound that’s part of the NRBQ playbook. But he also has an affinity for the loopy side of the band, as personified by Adams – jazzy and joyously whimsical. An example is the title cut off of the Happy Talk EP that the band released last year, which Ligon sings.

When Ligon discovered NRBQ as a teenager, he became obsessed with the band for about a decade, never missing a show in his hometown of Chicago. “You couldn’t even talk to me the day of the show,” he said. “I was in the zone.”

NRBQ disbanded in 2004, but within a few years Adams was performing as the Terry Adams Rock and Roll Quartet, and one of Ligon’s bands, The Flat Five, opened for them at a show in Chicago. Afterward, the two musicians took turns playing an old upright piano and discovered that their common musical interests ran deep. Ligon asked Adams to keep him in mind if he ever needed a guitar player.

Five months later Ligon got a message from Adams on his answering machine, and they continued their conversation. The next thing he knew, Ligon was in the band. “He hired me without ever hearing me play guitar.”

Adams rechristened the band as the new NRBQ in 2011, and in 2016 they released “High Noon,” a five-CD career retrospective. Today, instead of the 250 shows a year that NRBQ once performed, they might play 75, choosing from hundreds of songs in the band’s catalog, plus new material that they continue to learn.

Ligon is not only a worthy heir to the guitar chair in NRBQ, but he has helped Adams keep the band fresh. The spontaneous lunacy of NRBQ, which captured his imagination as a teenager, still holds him in awe.

“There is a level of creative musicianship in this band,” Ligon said, “being able to make it seem so simple. At the same time … there’s some deviancy in there – guys who are incredibly musically talented, but who don’t act like they are.”

James Hunter Six
You can add James Hunter to the list of artists from the British Isles, like Dusty Springfield and Van Morrison, who have an uncanny ability to channel American soul music. (In fact, Morrison sang backup on one of Hunter’s early albums.)

Hunter has been on the radar of U.S. audiences for more than a decade, but could become better known soon with the release of his brand new record, Whatever It Takes, on the reliably great Daptone label.

A tour in support of the record will bring the James Hunter Six to Pearl Street Warehouse on Feb. 24.

Charles Walston plays in the band The Truck Farmers, which will perform at Mr. Henry’s on Feb. 8. (www.facebook.com/TruckFarmers ) 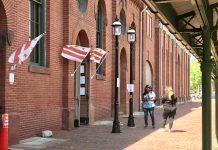 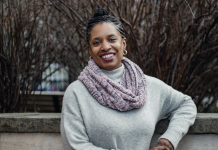