Some Capitol Hill edifices and memorials immediately beg to be asked how they came to be. Others hide their history. Once such place is this corner house at 10th and C Streets SE. Other than being slightly bigger than its neighbors, it hardly suggest that it was in any way historically interesting.

In 1891, this house was built as a corner bar, the iconic fixture of neighborhoods nationwide. It was eventually purchased by Rubin Genderson. Genderson ran it at first as a legal bar. After the advent of Prohibition, he turned to selling legal “near beer” over the bar and the hard stuff underneath it.

Genderson later got out of the booze business. However, his son Abe, who spent the first years of his life in the bar, went on to found Schneider’s of Capitol Hill. Now his sons, Rick and Jon, and his grandchildren, Elyse and Josh, continue to purvey quality liquors.

Sadly, Genderson’s corner bar is no longer part of our neighborhood. However, the building at the corner of 10th and C reminds us of the time when a quick drink was an important element of the working day.

Robert Pohl worked for many years as a computer programmer but recovered from that and became a full time stay-at-home dad. With his son now in school, he has expanded his horizons and become a self-taught historian. He has written books about his house as well as Emancipation in the District of Columbia. You can reach Robert at mmecki AT gmail.com. 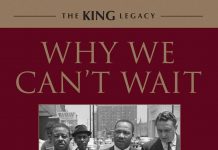 ICYMI: Unlimited eBooks on Race and Privilege at DCPL