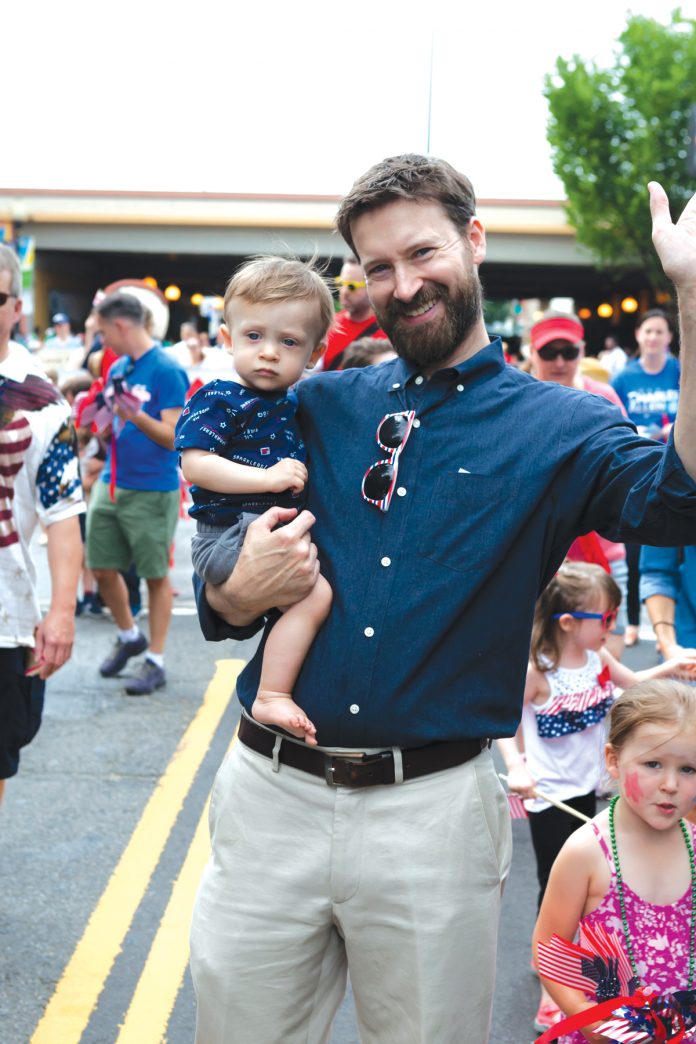 DC, like nearly every governing body in America from city to federal, has a problem: only a fraction of constituents are engaged in the government. There are plenty of reasons for this is, but one of the main culprits is that too many people have lost trust that their voice matters.

Since being elected to the DC Council in 2014, I have been working to overhaul, modernize and open up our elections to ensure more people can vote, more candidates can run and less big money is muddying the waters.

The way money has influenced politics, even in perception, has made many people cynical about the system. You can see this play out in elections for local offices. In the last mayoral race, only 27 percent cast a ballot in the primary election and 38 percent in the general.

We don’t have to accept this as inevitable. The fundamental changes I’ve been working on can help us restore trust and increase participation in elections.

One of my first efforts was to bring automatic voter registration. When many parts of our country were putting up barriers to voting and keeping people away from the ballot box, we went the other direction and made voter registration easier and smarter. Now, when you get a DC driver’s license or update your information with the Department of Motor Vehicles, you are automatically registered to vote and your information is updated with the Board of Elections (BOE). This means our voter file will be remarkably cleaner and residents from neighborhoods with lower voter registration rates will see their numbers increase dramatically.

I also wrote and funded the law that brings our petition process into the 21st century. Now, those folks you see out at Eastern Market on a cold weekend, trying to collect petitions to get on the ballot, can use an e-tablet to record your information and connect it directly to your voter file for verification – with BOE’s final approval for quality control. This will speed up the process and eliminate many issues around bad signatures or inaccurate voter information. It’ll also let voters know that their record may be out of date and they should update it before Election Day.

And most recently, I’ve shepherded through the Council the Fair Elections Act, a bill creating a public-financing option for candidates running for mayor, councilmember or State Board of Education. This is a big deal, and it’s going to change how candidates run for public office by changing whom they spend most of their time with: you, their constituent.

How does it work? Candidates who qualify can agree to take a lower maximum donation (for mayor, $200 instead of $2,000, for ward-based councilmember, $50 instead of $500), and receive a 5-to-1 match on every dollar given by an individual DC resident. They’ll also receive a base grant to help kick-start their campaign. In exchange for all of this taxpayer money, they agree to take no money from corporations or traditional PACs.

The common critique against public financing usually revolves around this: “Why should taxpayers pay for incumbents who already raise tons of money?”

This is looking at the question the wrong way. The amount of money isn’t the big problem. It’s where that money comes from that creates such distrust from voters. And that matters a lot. Ask yourself – if you only have $10 to give to a candidate, do you believe that the money gets your voice heard? In many cases, people don’t believe so. But under the Fair Elections Act, candidates are going to try hard to earn your donation because that $10 now becomes $60.

I’ve been working on these issues since before I ran for office. I came very close to getting a ballot initiative through that would ask DC voters to consider banning all corporate gifts outright, but we fell short at the last moment. Four years ago, when I ran to be the Ward 6 councilmember, I won without taking any corporate or PAC money – along with my at-large colleague Elissa Silverman. We were the first to do so successfully in the city’s history.

These policies will re-energize Ward 6 and District residents. I can’t do as much to give you faith in what’s happening in the halls of Congress or in Trump’s White House, but as chair of the Committee on the Judiciary and Public Safety, I am doing a lot to help you trust and believe in your voice in our system.

I’m not done. In the next few months, we’re going to work on legislation that addresses pay-to-play politics and contributions from city contractors. I want to address overcrowding at polling locations where population density has soared. And I want outreach from the Board of Elections to be modernized so voters can get information the way they got lots of other things: electronically.

All of these little and not-so-little changes will help more residents believe in their own voice to shape a government of the people, by the people.

Charles Allen (D) has served on the DC Council representing Ward 6 since 2014. He chairs the Committee on the Judiciary and Public Safety, which has oversight over government ethics and election law