Where can you find a cow expert on Capitol Hill? Just ask the readers at John Tyler Elementary School (1001 G St. SE). Or stop by the office of Congressman David Valadao (R-CA), a dairy farmer from California.

On this week’s episode of the Book Club for Kids podcast, Raynika, Christopher, and Stone from Tyler Elementary School in Washington, DC discuss cows and concrete poetry in Sharon Creech’s novel “Moo.” The episode’s celebrity reader is Congressman Valadao, who reads from the novel and talks about his first encounter with a cow (like the heroine of the book, the animal knocked him over) and the personality differences from cow to cow. Valadao grew up on a dairy and still wrangles more than a hundred Holsteins and Jerseys.

The Book Club for Kids podcast is a free, 20-minute show designed to turn kids into lifelong book lovers. The show has been honored by DC Mayor Muriel Bowser with the 2017 DC Mayor’s Award for “Excellence in the Humanities” award.  Common Sense Media just named the podcast “excellent.”

The episode is supported in part by a grant from the Capitol Hill Community Foundation, the Nora Roberts Foundation, and the DC Commission on the Arts & Humanities. Past celebrity readers include other members of Congress, including Senator Angus King and Congressman Jeff Denham, NPR types like Peter Sagal and Renee Montagne, the former Secretary of Education, an LA Laker, even former CIA operative Valerie Plame.

The show is hosted by Kitty Felde, a children’s author and award-winning public radio journalist who has won dozens of Golden Mike Awards, AP Awards, and ABA Silver Gavel Awards. Book Club for Kids began as a regular segment on Felde’s public radio talk show in Pasadena, where it won the Literacy in Media award. It ran for several years on cable TV in Southern California. It was re-launched as a podcast in July of 2015.

Book Club for Kids has taped live shows at the National Archives, the LA Times Festival of Books, and the Baltimore Book Festival. There’s even a free newsletter for teachers, librarians, and parents full of reading tips. Subscribe on Apple Podcasts, Stitcher, Soundcloud, or listen online. 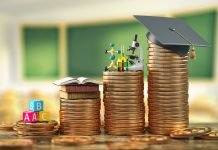 How DC Schools Are Funded