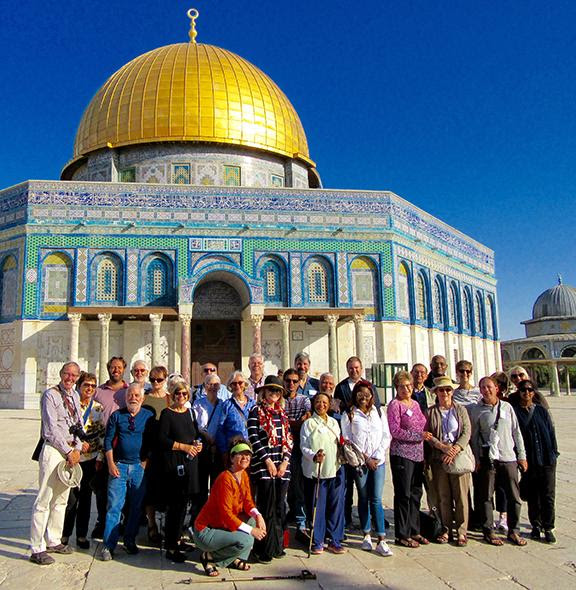 Reflecting on numerous encounters and conversations during the recent St. Mark’s multi-narrative pilgrimage to Israel and Palestine, I was reminded of discussions I had with two admired mentors while living in Jerusalem in the years after the 1993/1995 Oslo Accords. Both Dr. Reuven Gal, an Israeli psychiatrist, and Dr. Martin Marty, an American church historian, shared variations of a Jungian trauma-healing triangle.

Post-Traumatic Stress (PTS) continues to affect Israeli and Palestinian perspectives. This is essential to the understanding of the dangerous interior psyche, which perpetuates the cycle of violence in Israel and Palestine.

One side of the triangle, labeled “anger,” was understandably rooted in the Holocaust for Jews and the Nakba expulsion for Arabs. The other side, “fear,” was rooted in anxiety about the possibility of historical trauma events happening again. At the base was “ignorance,” which leads to a xenophobia that rationalizes hostile, even murderous, treatment of the other. 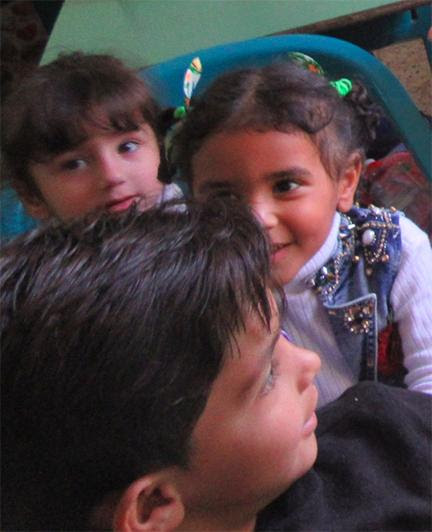 Oppressive cruelty is thus imposed even on women and children. Dr. Gal grieved over the fact that many Israeli soldiers suffered PTS for what they did to others rather than what was done to them.  Dr. Marty illustrated colonization’s residual effect from the crimes against aboriginal peoples, including in the United States, Canada, and the British Empire. He warned that Israel was on a dangerous–even suicidal–course.

This collective reality came crashing home while 11 of us from DC were on the pilgrimage in the Holy Land with 17 others from four countries and five U.S. states. We observed a pattern of unequal justice.  The Israeli army and police treated Palestinians harshly with beatings and detention, sometimes even when they appeared to be innocent. At the same time, Israeli settlers were protected while often their aggression towards their Palestinian neighbors was ignored.
Here are some examples:

These crimes remain largely unreported in the Western media, where the focus is on our own politics, gun violence, and terror attacks. The authoritarian occupying government actions are diametrically opposite to the democratic norms that Israel espouses. To its credit, the Israeli press is actually more faithful than foreign media in recording atrocities.

Amazingly, the resilience and relative non-violence of the occupied Palestinian people, many of whom we met, provide an apparent undying hope for them and those who visit. Hope is also drawn from the sometimes sacrificial caring of progressive Israelis such as Rabbis for Human Rights, the Bereaved Family Forum Parent Circle, the Israeli Committee Against Home Demolitions, and a number of other justice-driven groups.

In neighboring Jordan, villagers and local governments alongside United Nations refugee camps generously serve the largest percentage of Iraqi, Syrian, and Palestinian refugees outside the official structures. This occurs widely, and these acts of generosity even occur in the face of opposition from some Jordanians who feel burdened and neglected. (Source: King Hussein Foundation,)

They provide models of compassion for 80 percent of the 1.2 million Syrian refugees. Villagers house refugees while volunteer-established schools with Syrian teachers attempt to keep the younger children up to near-normal educational levels. Non-governmental organizations provide “oasis” healthcare for all, regardless of ethnic or national identity.

To the west of the Jordan River, in the Occupied Territory, the Palestine Fair Trade Association, which serves the Canaan Olive Oil Cooperative near Jenin, provides more than 2,000 growers fair trade certified prices for their olive and almond harvests, as well as for products from women’s craft cooperatives. Many American churches, including St. Mark’s and 18 other DC area congregations, sell these high-quality products for the holidays: Gifts that give twice! It was a privilege for most of us on the trip to stay with the farm families. They recalled by name previous St. Mark’s visitors.

Pairs of grieving Israeli and Palestinian parents, who have each lost children in the conflict, also addressed us with passion, as they do in schools and other public gatherings. They address the necessity of breaking down the walls of division between Israelis and Palestinians that exacerbate ignorance of “the other.” They speak directly to the madness that mostly takes the lives of innocent children.

Leaders like these inspire endurance as they resist despair. During our visit to the Holocaust Memorial, we were encouraged by the testimony of Holocaust survivor Nina Quint of the Yad Vashem Center, who told of those who cared for her after the death of her family in the Bergen-Belsen camp. She continues to care for others who have suffered and speaks for peace.

I was reminded of the Scottish Iona Community’s endorsement of theology for oppressed marginalized people in places like India and South Africa–and now Palestine. “It is a daily struggle to understand the meaning of salvation of Jesus from a place of alienation, exploitation, and shame. It is a theology which aims at liberation through Christ who himself walks with the poor.”

While the Israeli illegal land grabs continue to increase rapidly around Jerusalem, Bethlehem, Ramallah, and the Palestinian villages, many in the wider world are becoming alert to the atrocities as media reports are more available. Only 20 percent of the post-1967 Armistice West Bank land remains under exclusive Palestinian Authority control.

The BDS (boycott-divestment-sanctions) movement in America, Europe and beyond seems to have inspired needless panic among the Israeli government and its lobbyists. Their overreaction, partnering with complicit, ill-informed, mostly ideological American Christian Zionists, threatens the freedom of speech of many Americans who are concerned about Israel as well as Palestine.

Our MEJDI.org “pilgrimage” participants and other recent visitors have pledged to be representatives of both the occupied and occupiers to give witness to the atrocities that are destroying both people. The hope is that a movement will continue to gain momentum to reduce the ignorance that breeds anger, fear, and xenophobic violence.

Meanwhile “think tanks,” universities, members of Congress, and local politicians around the country and the globe are providing an increase in the number of venues outside the Levant for progressive Israelis and Palestinians to engage with concerned people of faith and goodwill. Many of the Israeli and Palestinian resource organizations and individuals that we met in the Holy Land often have representatives speaking in major cities across the world. Four of them, from several organizations with which we met, have already been in Washington.

Those who care for the peaceful future for all Middle East Jews, Christians, and Muslims, and their neighbors, are urged to attend such opportunities in order to increase the growing consensus for human rights and justice for all, and a more peaceful region. Neither “country” nor their neighbors can survive if the course moves toward an inevitable outbreak of further destabilizing violence.

The wisdom of the Psalmist (12:5) is timeless and pertinent, as the messages contain the seeds of healing. “Because of the oppression of the weak and the groaning of the needy, I will now arise, says the Lord. I will protect them from those who malign them.” The wounds of the afflicted indeed are radiating healing light as they embrace this truth: “The Lord is a refuge for the oppressed, a stronghold in times of trouble…He does not ignore the cry of the afflicted.” (Psalm 9:9-12)

“Our role is to save the world by being salt and light,” the much loved and honored former Catholic Patriarch Michel Sabbah has said. “Not to fight anybody by taking the way of death. We don’t want to be against Israel to survive.”

Karen Getman, Randy Marks, and other pilgrims helped in editing this article.