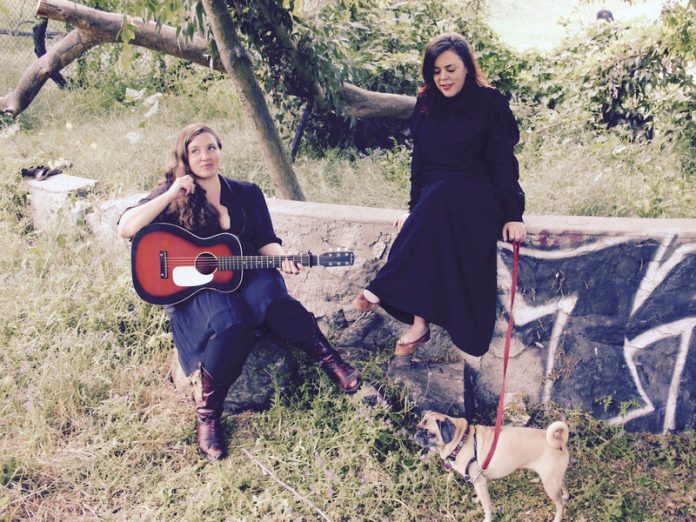 Some play with spirit, others play “in the spirit.” Jolie Holland and Samantha Parton channeled the essence of Townes Van Zandt, the greatest of Texas troubadours, at their one-night stand at the Pearl Street Warehouse on Nov. 29.

Holland has a sultry contralto that can send chills up a listener’s spine. Imagine a combination of Janis and Lucinda more laid back with more than a dash of sex. On “Make It Up to Me,” she soulfully, begs her misbehaving lover to find a way to make things right.

On Van Zandt’s “You Are Not Needed Now,” Holland’s phrasing captured the song’s pathos.

And I was thinkin’ Hang on man, something’s wrong
Your blues seems to be gone
Heaven ain’t bad but you don’t get nothing done.

Where Holland hits the gut, Parton takes to the air. With a more ethereal soprano, dancing harmonically above her partner asking “Whose going to throw that minstrel boy a coin?” covering a Bob Dylan tune.

On “Wildflower Blues,” Parton takes a traditional blues ballad in a completely new direction with her delicate articulated vocals.

The songs underlying hypnotic bluesy beat in the studio becomes a more raucous rout on stage with Holland contributing with her fiddle.

While the majority of the show’s set list was from their recent album, the duo did throw in some curve balls. They performed a slow reinterpretation of “Old Susanna,” reached back to NOLA with “The Lakes of Pontchartrain,” and ended with Lou Reed’s “I Found a Reason.” The first two tunes were draw from their first collaboration as members of the Be Good Tanyas.

While Holland and Parton were the evening’s headliners, the opening act, Baltimore’s Letitia Vansant, was also a winner. She is a very talented singer/songwriter with a powerful voice.

Vansant’s material is largely fashioned out of her life experiences, each song a careful rendered vignette. Her subjects ranged from reflections on her own prejudices and the segregation in her natal city to a meditations on simplicity and home repair.

Vansant interchanged the banjo, guitar and ukulele. She was backed by her producer and neighbor Alex Lacquement, who played a superb upright base and guitar while providing backing vocals.

Holland, Parton and Vansant all benefited from the ambiance of The Pearl Street Warehouse. This tiny club with its distressed corrugated steel walls has become my favorite city venue due to its acoustics and intimacy. Given the quality of the talent being booked, this writer will be back often.