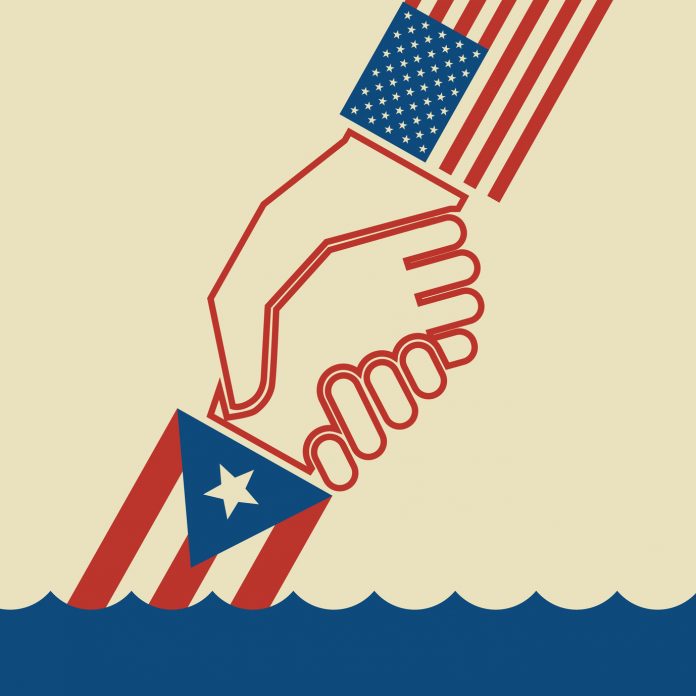 Hurricane Maria caused a humanitarian crisis for Puerto Rico and the US Virgin Islands which has been exacerbated by a political crisis. There was a time when we could expect our federal executive to do the right thing in a humanitarian crisis, to put politics aside and respond to the needs of American citizens irrespective of where they live. The executive branch’s response has not always been perfect, and at times people rightly lose their jobs when their work does not meet certain standards (Heck of a job, Brownie!). When the executive branch does not hold itself accountable, the legislative branch should step in.

It took too long for the executive branch to respond to Katrina’s devastation, but eventually the relief work improved and was sustained over many years by the Federal Emergency Management Agency (FEMA) and our armed services.

Today, with a bigoted buffoon in the White House we are in dangerous territory, and the people of Puerto Rico and the Virgin Islands are suffering due to his ignorance, indifference, and prejudice. Weeks after the storm, millions of Americans are living in a place where 75 percent of the residents lack electricity and over half lack clean drinking water. In America. In 2017.

This year FEMA mobilized for the people of Texas and Florida, but for some reason FEMA mobilized too slowly and ineffectively for the people of Puerto Rico. When it was clear to everyone that the federal government was failing to react in a swift and professional manner, instead of accepting responsibility for the shortcomings, Mr. Trump chose to pick a fight with the mayor of San Juan. She begged for her federal government to assist with food and water for her neighbors. He reacted by starting a twitter fight to deflect attention and responsibility.

Trump’s inexcusable reaction to the devastation in the US Virgin Islands and Puerto Rico has to do with both ignorance and prejudice, but it also has to do with political status. There is no way the federal government would react so lethargically if either territory had two US senators on the floor filibustering every piece of legislation until FEMA got it right.

There’s no way in the world, weeks after the hurricane, over half the population would not have access to clean drinking water and over three quarters would lack electricity, were the US Virgin Islands or Puerto Rico to have voting representatives on the Senate Appropriations Committee.

Puerto Rico alone has more residents than Alaska, Delaware, North Dakota, and South Dakota combined! Imagine if a tragedy struck North Dakota and South Dakota that left their populations without electricity and water. Do you think their four combined senators would allow the Senate to wait weeks for relief funding?

The US Virgin Islands and Puerto Rico were hit with a natural disaster whose negative effects were compounded by an incompetent executive and the lack of full and equal representation in Congress. Representation matters in our democracy, and in cases like hurricane relief efforts it is a matter of life and death.

The federal government should be there for Americans in their time of need, but when the executive branch fails to fulfill its responsibility it’s the legislative branch that must hold the executive accountable. Without voting representatives and senators, the US Virgin Islands, Puerto Rico, and yes, the District of Columbia, lack oversight and funding capabilities that most Americans take for granted.

We in the District should do something. First and foremost, we should donate to humanitarian relief organizations like Unidos Por Puerto Rico, the Hispanic Federation, One America Appeal, or Chef Jose Andres’ World Central Kitchen to help those in need. Please donate money now to help our neighbors in need.

Second, let’s remember that we too are vulnerable because we have no senators or representatives who can hold agencies accountable and potentially shut down the workings of Congress until humanitarian needs are met. There are a lot of good people on both sides of the aisle calling for a stronger recovery effort in the US Virgin Islands and Puerto Rico, but none is as strong and steadfast as the voice and vote of people elected to Congress by those territories, were they states.

We too are vulnerable and should never forget it, never be content with it, and never stop working to end this injustice for us and for others.

EMMS Board of Directors Open House