Miss Tess
The musician who goes by the name Miss Tess grew up in a musical family in Montgomery County. Her parents were musicians who hosted jazz jams in their home and took her to the Washington Folk Festival as a child. Tess also loved classical music and started taking piano lessons at age four.

That eclectic foundation was a springboard to her current project, Miss Tess and The Talkbacks, which is hard to classify but easy to appreciate. The band is based out of Nashville and the country influence is strong, but blues, swing, folk, and rock are also in the mix. Miss Tess and the Talkbacks play The Hamilton on Oct. 12 with Eilen Jewell.

Tess’s musical journey on the highbrow road to country happened incrementally. She didn’t exactly rebel against her classical music background, but when she picked up a guitar as a teenager, “I was excited to get out of looking at sheet music.”

By the time she was 20 she had learned to sing and play guitar at the same time, so she started writing songs and put together her first band in Baltimore, where she attended the University of Maryland. That band was still “fairly jazzy – or was at least trying to be,” she said.

She moved to Boston to study at Berklee School of Music, with the idea of becoming a jazz singer. But she started hearing early country and rockabilly artists who spoke to her, and listening to a radio show called “American Primitive,” which explored the cross-currents of roots music. “I started to realize what a rich time period that was for music, when country, rhythm and blues, swing and jazz were all mixing together.”

After five years in New York City, she relocated to Nashville, along with her partner and bandmate Thomas Bryan Eaton. They released their latest record, “Baby, We All Know” (Rights Records), last year, and it showcased the breadth and talents of their band, as well as sultry songs like “It’s So Easy to Tell.” The record received good reviews and airplay on Americana radio stations.

Miss Tess and Eaton have found the music community in Nashville to be more nurturing than competitive. “People sometimes ask me if it’s really cutthroat, and I’d have to say it’s not,” Tess said. “Maybe I’m just lucky to have some great friends here. People in general have been very welcoming and open to collaborate or have a good old fashioned pickin’ party.”

As a working musician, Miss Tess has sharpened her skills and become versatile. She’s a gifted singer, an in-demand bass player, and a good guitarist who writes some fine songs. She’s also a great music teacher (I took a bass class with her at the Augusta Heritage Center in West Virginia.)

For her, as for most professional musicians, a successful career demands patience and persistence. “Overnight success is a funny thing, because it never actually happens that way,” she said. “If you know these people personally you realize that they’ve already put a ton of work into their careers and their craft.”

The Banditos
Nashville today attracts all kinds of musicians, not just country. A case in point is The Banditos who came out of Birmingham, not to be confused with the motorcycle gang of the same name.

Their new record “Visionland” (Bloodshot) is a crazy quilt of Southern musical influence – rustic blues, simmering soul, and Skynyrd-esque rock – with a few psychedelic twists thrown in for good measure. In short, it’s a great rock record that draws on many sources but manages to sound completely original. Think Joss Stone backed by ZZ Top, and then some.

The Banditos will play an early show at DC 9 on Oct. 6. It’s an all-ages event, but not just for kids. 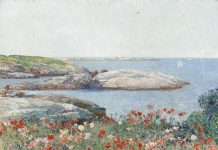 Two Steadfast Ladies Shine: One Changing the Newspaper Game and One...