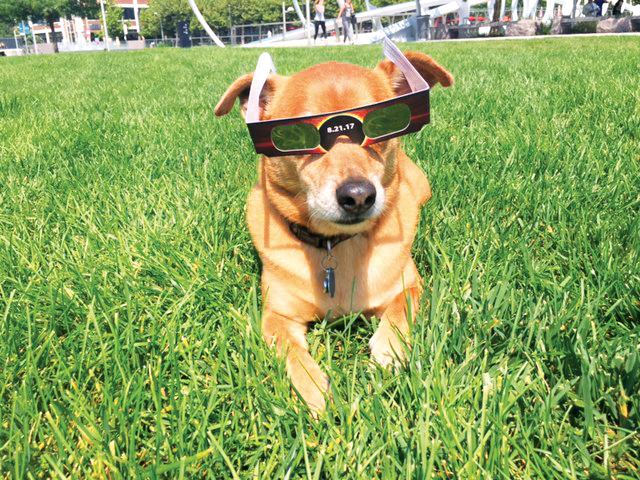 Last month there was a rabies scare at a dog daycare in the District. In the end, the dog did not have rabies, but we fielded many questions related to the disease, so I feel it important to discuss rabies in depth.

What Is Rabies?
Rabies is an age-old disease known since at least 2000 B.C. The name comes from the Latin “rabies,” meaning, “madness.” And this may have been adapted from the Sanskrit “rabhas,” “to do violence.”

Clinical rabies invariably results in death (more on a few survivals later), one to three months after contracting the disease. Initial signs may be nonspecific and include fever and headaches. It progresses to cause neurologic disease leading to insomnia, anxiety, partial paralysis, confusion, agitation, paranoia, excessive salivation, and difficulty swallowing, progressing to delirium and coma. A rarer form of the disease causes paralysis instead of agitation.

The disease itself is caused by several different related viruses of the Lyssavirus genus. Being a virus, it is not capable of reproducing on its own and requires an animal host to survive, propagate, and spread. The virus is capable of infecting any mammal but is rarely found in rodents, including rats and squirrels.

Transmission
With the exception of Antarctica, rabies is found on all continents. Most rabies cases in humans are in Asia and Africa, due mainly due to poor vaccination of dogs in these areas. The disease does exist in Australia but is generally confined to bats. Ninety-five percent of all worldwide rabies cases are attributed to dogs, but most cases in the United States are traced back to bats.

The virus is transmitted in the saliva of rabid animals and generally enters the body via infiltration of virus-laden saliva from a rabid animal into a wound (e.g. by scratches) or by direct exposure of mucosal surfaces to saliva from an infected animal (e.g. by bites). The virus cannot cross intact skin.

Inside the new host it begins to replicate in muscle and nerve cells, traveling up nerves to the brain. Depending upon where the initial entry point is, the disease can either slowly or rapidly reach the brain. Once the virus enters the brain, it further replicates, resulting in clinical signs from the patient.

Dog rabies is very rare in the United States due to excellent vaccination protocols and compliance by the pet-owning population. Rabies is endemic in many bat populations, with most bats being carriers of the virus but not displaying songs of the disease. Most cases in humans in the US are attributable to bats, as bat bites are very small and one can be unknowingly bitten by a bat.

Feral cats are also an important vector of rabies, especially in more urban areas. A few years ago, there was a litter of stray kittens locally that tested positive for rabies.

Treatment
Once an animal is displaying clinical signs of rabies, there is no known cure, but treatment is successful in preventing the disease if one has been recently bitten. If you were bitten by an animal of unknown rabies vaccination status or while awake in a room with a bat, call your healthcare provider immediately and also the local health department. Prompt medical attention with vaccination and immunoglobulin injections can stop the disease from causing infection and death. Only six people have ever survived rabies once clinical signs were evident.

Prevention
Rabies is preventable! Routine vaccination of cats and dogs is highly effective. It is extremely rare that the vaccine does not produce adequate protection. The vaccine is safe and is administered to both dogs and cats between the ages of three to four months, then at one year of age and every third year thereafter in dogs and annually in cats. The vaccine for cats does not have as long a duration of immunity as that used in dogs. We administer this vaccine at wellness examinations.

The dog in the above-referenced case had a false positive result, but rabies has been seen in dogs on the East Coast, especially in newly adopted dogs with unknown rabies histories. The reason we have very little rabies in dogs and cats in this area is due to vigilant vaccination in our pets.

District Veterinary Hospital is opening a 5,000 square-foot hospital on Capitol Hill, across from Eastern Market, in October of this year. The address will be 240 Seventh St. SE, in the Hine development. There will be a parking garage available. Please see districtvet.com/eastern for updates.