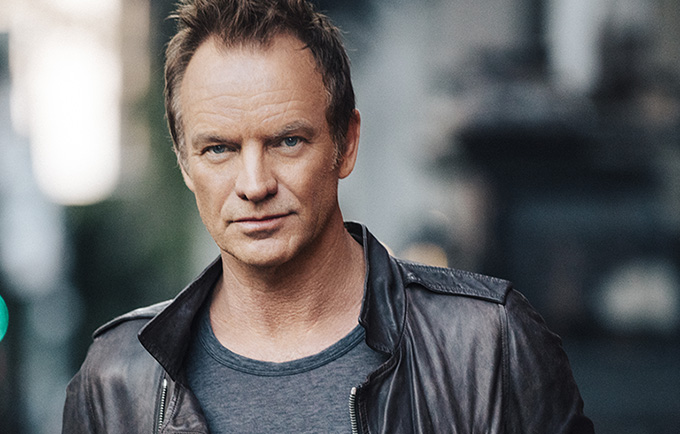 65-year old Sting remains an energizer bunny on stage. He is appearing for three nights at Wolf Trap that Sept. 5 in support of his latest album. He joined by a touring band that includes Joe Sumner, his remarkable son who is his doppelganger.

On Sept. 5, a packed Filene Center and crowded lawn behind attested to Sting’s enduring appeal. The audience spent most of the concert standing, pumping the air. Sting’s set included elements of his newest album as well as classics such as “Every Breath You Take” and “Fields of Gold.”

After abandoning rock music for a decade, Sting’s newest album, “57th and 9th,” marks the artist’s return to the genre. Last year, Sting sequestered himself in a New York City recording studio with a cohort of long-time regulars. Changing up his usual prepared approach, the sessions were loose and unstructured.

The New York sessions generated the song “One Fine Day,” a refutation of climate change deniers. “Apologists say the weather’s just a cycle we can’t change/ Scientists say we’ve pushed those cycles way beyond,” Sting sang Tuesday night. His set also included another song from the new album, a Geoffrey Chaucer-inspired ballad, “Heading South on the Great North Road,” which was a duet with his son.

String’s set list did not disappoint long-time fans. The artist belted out favorites such “Roxanne. He closed the show with “Every Breath You Take,” the Police’s 1982 Grammy-winning song. This ode to Big Brother-style surveillance so apropos to modern Washington.

David Hoffman is a freelance writer and reviewer who lives near H Street NE. The past vice president for programs at the Woman’s National Democratic Club, in Dupont Circle, he is also active in Democratic Party issues and campaigns.