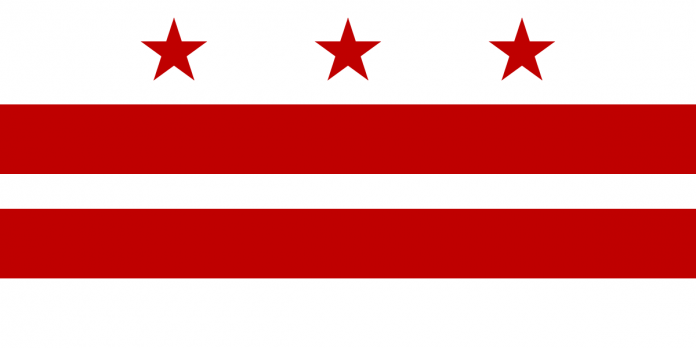 Recently, Congresswoman Eleanor Holmes Norton filed amendments to strike four anti-home-rule riders from the House’s fiscal year 2018 District of Columbia Appropriations bill, which is expected to be considered on the floor now that recess is over. Norton’s amendments are the latest salvo in an ongoing battle for DC autonomy. Norton said, “I am prepared to fight any and all new anti-home-rule riders…We will not be used as political fodder for overeager Members who would rather spend their time meddling in the District’s affairs than working on behalf of their own constituents.”

Washington, DC is home to over 160 monuments, 681,170 residents, and a rich history and culture. Yet, despite housing the legislative branch of our country’s government, DC is not a state, and as such its residents have no ability to choose a voting member of the House or Senate. We’re fortunate to have a staunch advocate in Congresswoman Eleanor Holmes Norton, but she can only voice, not vote, her views on behalf of her constituents.

Of course, this doesn’t stop the Congressional representatives of the 50 states that can vote in Congress from meddling in our affairs. Time and again, Congress shows blatant indifference toward DC autonomy by passing legislation, including spending bills that contradict laws already voted on by DC residents and enacted by local lawmakers.

In 2016 alone, there were 25 attempts by Congress to undermine DC autonomy, including a bill banning DC from spending local funds on abortion coverage for low-income women. While Medicaid coverage for abortion using federal funds is barred by the Hyde Amendment, states are still permitted to use local resources to ensure abortion care for low-income women. DC, in contrast, is prevented by Congress from using its own funds to ensure that no one is denied abortion coverage.

This is just one example from a pattern that doesn’t seem to end and with this year’s spending bill coming up for a vote, we can anticipate more interference from members of Congress that don’t understand the issues that are most important to DC residents.

One way that Congress continues to interfere with DC is by stopping the District from instituting a death with dignity policy. In November 2016, DC’s council and mayor passed the Death with Dignity Act, which provides options for dying individuals residing in DC The bill was transferred to Congress for approval and yet again, Congress showed their disregard for the needs of DC residents by disapproving of the Act and letting it fall by the wayside, missing the Feb. 17th deadline to see it made into law.

Another way Congress interferes with DC autonomy and the bodily autonomy of DC women is by banning DC Medicaid from covering abortion. In 2016, Congress stopped DC from including abortion coverage in the Medicaid health insurance program for low-income women in DC Presently, 15 states extend coverage for abortion services to low-income women, and all 50 states have the option to do so. Unfortunately, DC’s decision to do the same is overseen by Congress through the appropriations process, and Congress routinely overrules DC’s own elected officials withholding abortion coverage from women in DC. This disproportionately affects low-income women of color in the District and is a crucial example of how often Congress ignores the needs of some of Washington’s most marginalized residents.

Not content banning insurance coverage for essential reproductive care, Congress has also interfered with DC’s efforts to prohibit employers from discriminating against employees, their spouses, and their dependents based on reproductive health decisions. Since the 2015 passage of the Reproductive Health Non-Discrimination Act (RHNDA) by the DC Council, Congress has continued to misuse their authority to thwart DC’s efforts to protect its own citizens from discrimination. Fortunately, the resolution to condemn the RHNDA missed the Senate deadlines. However, this is just another testament to Congress’s constant meddling.

Even municipal environmental and water treatment standards cannot escape Congressional meddling. Last year, the DC Council passed a bill to require certain standards to be met before a wet wipe can be labeled as “flushable.” DC residents have raised the flag on this issue given that the costs to fix damages caused by flushing wet wipes is estimated to be between $50,000 and $100,000. Members of Congress are now looking to overturn the bill.

One of Norton’s amendments would strike the rider that prohibits DC from spending its local funds on marijuana commercialization. In 2014, almost 70 percent of DC voters approved a ballot measure to legalize possession of marijuana. Since then, Congress has tacked on amendments to DC spending bills to prevent the continued the regulation of marijuana sales in the District.

It’s clear that Congress isn’t interested in upholding the decisions made by the residents of DC. As the meddling mounts, it’s up to DC residents to fight for our autonomy. Otherwise, residents are left hoping our friends in the states will appeal to their members to stay out of our business.

Nimra Chowdhry, JD is a Senior Fellow with the If/When/How Reproductive Justice Fellowship and a Law and Policy Fellow/Analyst at Advocates for Youth. Originally from Texas, Nimra is a proud resident of Ward 1 in Washington, DC.