Many Capitol Hill homes are over 100 years old, yet most were built with freshwater piping systems that have a relatively short life expectancy. There is no question that replacing piping in walls, floors, and ceilings is an expensive hassle.

Piping and use of plumbing systems, a key functional component to modern living, were developed in the Old World, but the technology was lost and forgotten for many centuries. Today we are still working out the development of optimal plumbing systems.

On Capitol Hill, our prolific historic galvanized piping is a perfect example of a weak point in the overall building system. Most Capitol Hill homes were built with lead and galvanized steel freshwater pipes. These two materials were predominantly used in the area when Capitol Hill was developed into the city neighborhood it is today. While Americans became aware of the dangers of lead piping years earlier, it wasn’t until 1991 that the US passed the Safe Drinking Water Act, which limits the use of lead pipes.

Today we are aware of the dangers of lead piping. Yet we still have many lead service lines, although most interior lead pipes have been removed and replaced with galvanized steel piping or copper.

Lead piping freshwater distribution systems were largely superseded by galvanized steel piping. Galvanized piping is steel freshwater piping that has been dipped in hot zinc. The zinc is the galvanization, a thin coating that helps to prevent corrosion and oxidation on the outside of the pipe. This was superseded by copper piping.

Most houses built between 1970 and 2010 have copper piping freshwater distribution systems. However, most of the Hill was built before that time, and here we often still have the old galvanized or lead pipes. Lead pipes may hold up well, considering their age. But galvanized pipes installed at the time of original construction in most cases have significant deterioration and are at great risk of failure or rupture.

Washington, DC’s Frank Marzullo has worked in plumbing for over 50 years and he remembers the technological change in piping. “When copper piping came out in the 1960s, at first plumbers were still scared of it. They weren’t sure it would hold up and stand the test of time.”

There are three main types of copper piping: Type K, Type L, and Type M. Types L and M are used for interior piping. “Type M copper is a cheap alternative to type L, but the best plumbers hardly use it,” according to Marzullo. “Type L copper is thicker-walled and heavier-duty pipe.”

Eventually, Marzullo explains, the industry adopted copper piping as a dependable material, though problems with theft of materials plagued construction sites where copper pipe was used. “Copper is expensive, and thieves used to literally steal the pipe right out of the walls. Then they would take the stolen pipe to the scrapyard for redemption. For a while [the industry] used a copper and stainless-steel-alloy pipe, then when thieves took it to the scrapyard, it couldn’t be redeemed.”

Copper has stood the test of time and lasted for generations in a great many houses, but there are still challenges. For example, installation is slower because fittings must be flame soldered, and, as Marzullo noted, copper is simply an expensive material.

Nowadays, while copper pipe is still used far and wide across the industry, there have been further technological changes with the introduction of PEX, crosslinked polyethylene. PEX is a lower-cost alternative to copper, cheaper from both a materials and a labor perspective.

When asked about his feelings on PEX, Marzullo says they are mixed. “It is much cheaper, and fast to install. PEX is one of the only good options to replace an old galvanized pipe system without tearing all the walls apart completely.”

PEX is flexible tubing that can get around some of the rigid constraints of wall framing, so some advantages are obvious. But Marzullo is still a bit skeptical of the technology. “See, I haven’t forgotten about polybutylene.” Polybutylene was used for freshwater distribution in millions of homes during the 1970s-90s, and the fittings often failed within the first several years to first decades.

The website of the International Association of Certified Home Inspectors Inc. (https://www.nachi.org/) provides training on how to identify old polybutylene piping and explains that “class-action lawsuits filed against [polybutylene] manufacturers have been successful and resulted in payouts to homeowners reaching $1 billion.”

PEX and polybutylene are not the same, but much of the industry has good cause to be skeptical of new technologies in piping and tubing, hence a bit of circumspection may be warranted regarding the adoption of PEX.

Accelerated-life testing methods are widely used in the construction industry to extrapolate and make predictions about required maintenance and product service life expectancy. In simple terms, industry and ingenuity seldom wait to see if a new material or technology will withstand 50 years of wear, so tests are done under vigorous conditions to predict if a product will last longer under gentler conditions. In even simpler terms, reasonable people like Marzullo might not trust a new method of piping, yet the new technology may stand the test of time. Copper piping has stood the test of time, but polybutylene did not.

Galvanized piping is also not standing the test of time, causing big problems for homeowners. Replacing these pipes requires tearing out walls, ceilings, floors, cabinets. Old galvanized pipes may have partially deteriorated if they are not already leaking and dripping in concealed locations. As well, they are more susceptible to freezing and bursting or leaking than other pipe types.

Kelly Pletsch, of Pletsch Plumbing LLC, a DC plumbing repair and service contractor, has been working in the repair and service business for over 30 years, and the Pletsch family’s experience goes back even further. Pletsch has extensive experience replacing and repairing galvanized fresh waterpipes. “It is … common to find galvanized supply pipes in beautiful and expensive homes all over the city and of course including Capitol Hill.” Pletsch has even been called to repair these pipes in the homes of heads of state. It’s amazing who are our neighbors here in DC, and of course no secret that these homes are at the top of the real estate market.

Pletsch’s experience and work are unique. Not many plumbing contractors are willing to get involved in the messy work of selective repair and replacement, so Pletsch and team often find themselves left dealing with some of the toughest repair jobs.

Pletsch explains that if a homeowner isn’t sure whether the pipes are galvanized, there are some relatively simple signs to look for. “Often one rowhome will include several types of piping. Don’t be surprised if the service line is lead, for example, with the above-ground piping run in galvanized or copper and a rear addition completely different with PEX or CPVC, for example. One of the problems with galvanized piping is that the rough and uneven interior surface of pipe walls can trap impurities and even lead contaminants from upstream in the system. Meanwhile, interestingly, the lead pipe walls remain smooth even over the many decades.”

Possible issues with galvanized piping include the following:

Look for these signs to determine if freshwater piping is galvanized:

It is good for a homeowner to know these basics about plumbing and the options and alternatives. As Pletsch points out, since a home is such a valuable investment, these otherwise hidden components are important, especially in the case of galvanized piping, which has a much shorter timetable for replacement than the most of the surrounding building systems.

Gary Barnhart is a Capitol Hill contractor with over 20 years of experience in historic restoration and hands-on building construction. He is a certified Building, Plumbing, Electrical, and Mechanical Inspector. Gary’s firm, GL Barnhart Construction, is based and focused on Capitol Hill and is licensed and insured in both residential and commercial construction and certified residential and commercial roofing. You can find detailed resources related to the history, upkeep, and renovation of Capitol Hill homes at www.glbarnhart.com. 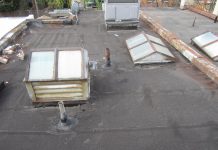 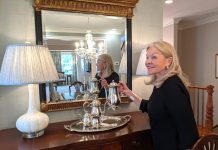 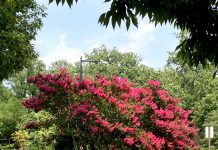