The Beguiled
Among Clint Eastwood’s earlier films is a kind of outlier, a Civil War suspense drama that had Clint, as a Union soldier, at the mercy of several genteel ladies of the South. “The Beguiled” of 1971 was not a hit but its Southern Gothic elements have been revived by a very different director, Sofia Coppola, who has maintained the story but renewed it with a feminist eye. (The film, opening June 30th, is rated “R” and runs 94 mins.)

A wounded Union soldier, Cpl. John McBurney (Colin Farrell) is reluctantly taken in for rehabilitation by the females of the Farnsworth Seminary for Woman in the heart of Dixie Virginia. The aim is to mend him then send him on his way and not draw attention from Confederate forces.

The finishing school for girls, run by the matriarch Martha Farnsworth (Nicole Kidman), could hardly be a greater contrast for the rough-hewn Irishman McBurney who, though he’s on his best behavior with the group to earn their trust, he becomes interested in a teacher, Edwina (Kirsten Dunst) and a dewy teen-ager Alicia (Elle Fanning). As he recuperates, McBurney gains some acceptance, and his good looks and the ladies’ sexual isolation creates strong sexual undercurrents.

While Martha keeps a cool distance, Edwina, anxious to escape the school, sees John as a possible out, while Alicia, looking for life experience, flirts away. Eventually, a confrontation leads to injury for McBurney and he is permanently disfigured, placing him into a rage, which the Farnsworth Seminary must assuage.

The Sothern Gothic elements of this tale were hard-bitten and raw in the Eastwood film; in Coppola’s version, they are more subtly and moodily managed, probably to advantage. The tension between the soldier and his bevy of ever-present caregivers is made more striking by the combination of shadowy interiors, God-fearin’ language, and the languid pace of the film. Its moodiness is enhanced by a gentle, yet insinuating score and the constant use of shots of the school’s dreamlike exteriors, with visions of a classic plantation house rimmed with moss-laden trees (the film was shot in rural Louisiana). Coppola has made a conscious decision to bathe this grim tale in soft focus and sweet sounds, the better to underline its hidden violence. Her tactic works.

Kidman is enthralling as the prissy matron seething beneath her high collars. Dunst, as the most desirous of McBurney, is both poignant and searching, a woman primed for disappointment. Fanning is an apprentice tart and tease, testing her sexual limits on the cool Yankee. Colin Farrell, of the dark eyes and the Irish lilt, is more acted upon than acting but does enough to merit the women’s attentions.

There is enough to be beguiled about in this new account of “The Beguiled.”

The Exception
It’s May 1940 and the Nazi army has invaded The Netherlands, where army Captain Stefan Brandt (Jai Courtney) is ordered to babysit for exiled German Monarch Kaiser Wilhelm II (Christopher Plummer). Brandt is no Nazi but a dutiful soldier with a military background. The Kaiser lives in a mansion outside of Utrecht, living with memories of his once-regal past and feeding the estate’s ducks. German authorities are concerned that Dutch spies may be watching the Kaiser, so Brandt is charged to keep his eyes out for infiltrators. He is drawn into an exhilarating romance with the Dutch maid Mieke de Jon (Lily James), whom Brandt soon discovers is secretly Jewish and has lost her family in the invasion (the film, opening June 30th, is rated “R” and runs 107 mins.)

The Kaiser’s wife, Princess Hermine (Janet McTeer), accepts Hitler’s rule but harbors hopes for the monarch’s return to Berlin. Meanwhile, the skeptical, avuncular Wilhelm comes to bond with both Stefan and Mieke. When SS chief Heinrich Himmler (Eddie Marsan), visits the mansion for dinner at Hermine’s request, his presence creates a chilling wake-up for all, and, just as a Dutch spy presence is discovered in town, Brandt and Mieke look to escape with their lives.

“The Exception” is pure fiction (based on a novel “The Kaiser’s Last Kiss”), but that doesn’t mean—in dallying with wartime history—it isn’t entertaining. Few may remember that Kaiser Wilhelm was exiled to Holland, but the setting proves an intriguing one for this drama/romance. First-time film director David Leveaux guides a gifted group of actors working with a smart script by Simon Burke.

“The Exception” in the film refers to Capt. Brandt as that rare German with a sense of decency in the New Deutschland. Australian stud Jai Courtney is appropriately stoic, lantern jaw and all, melting just a bit as he sees threats to Mieke and the Kaiser. Lily James as Mieke (best remembered from “Downton Abbey”) downplays her sweetness quotient to persuasively portray the anxious but resourceful young maid, even though she seems too ubiquitous around the palace. As the Kaiser, Christopher Plummer, at 87, continues to ride a great career. The actor has been on a winning streak recently in films like “The Last Station,” Beginners,” and “Remember.” He brings to his portrait of the Kaiser an ease of aristocratic bearing combined with a certain orneriness and a mellow appreciation of the vagaries of life. He’s a man of many moods, all nicely observed.

Short Takes – Two Women
Maudie – Some cognoscenti may have heard of the Grandma Moses of Canadian art, Maud Dowley Lewis, a primitive artist who flourished in Nova Scotia after the 1950’s. She is the subject of a touching biopic “Maudie” (now out in theaters, the film runs a refreshing 83 mins.).

Maudie is a spinster, “born funny” she says, as a victim of juvenile arthritis. She is kicked out of the only house she’s known by a sour aunt and becomes a housekeeper for taciturn handyman Everett Lewis (Ethan Hawke), a loner who lives in a tiny rural shack. She’s no housekeeper but discovers painting and begins decorating the shack with colorful paintings of the nature around her. The two marry, and Maudie eventually gains modest fame, even providing work to the Nixon White House.

The reason to see “Maudie” is the fine British actress Sally Hawkins. She is moving, even haunting, rendering a portrait that starts out pitifully but which grows in dimension and depth throughout.

Letters from Baghdad – Gertrude Bell was a singular personage at the turn of the last century, a woman who embraced another world—the Middle East – and was tagged the female Lawrence of Arabia. From an aristocratic family in NE England, she became intrigued by the region early on and dedicated her life as a single woman to studying and understanding Middle Eastern languages and cultures, a bent that won her roles both as a British intelligence agent and a nonpareil area expert.

Her amazing life, lived up until 1926, is surveyed wonderfully in this spirited documentary, which is principally constructed around Bell’s massive collection of letters voiced beautifully by an off-camera Tilda Swinton, balanced by a parade of contemporaries of Bell, all impersonated by actors. Another treasure of the film is a trove of early silent footage of Persia and Arabia, providing an impressive backdrop to her life. 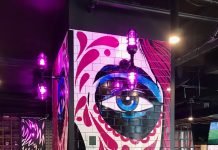 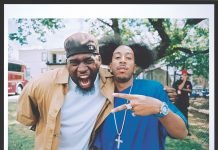