When I became enamored of “Jesus Christ Superstar” almost a half-century ago, rock operas were in their infancy, composer Andrew Lloyd Webber and lyricist Tim Rice were virtually unknown, and few of us were prepared for a musical about the final anguished days of Jesus and his distraught persecutors and followers. As the double album hit the top of the charts, debates on its dangerous content raged among religious leaders, social commentators, and even kids on my playground.

Was the Superstar phenomenon more than just a blip in a century littered with broken taboos and nascent art forms? Signature Theatre’s new production by Joe Calarco, who ironically enough holds the title “director of new works,” answers with an emphatic yes.

The results are somewhat mixed, given the persistent challenges of transforming a record album into a show, but Signature’s production is loaded with satisfying performances and food for thought. It’s no easy feat to stage what is still, essentially, a string of songs that provide few transitions for actors who must abruptly bounce between emotions and themes throughout. Yet under Calarco’s direction, the lead actors do a masterful job.

As Judas Iscariot, the heart-wrenching Ari McKay Wilford conveys both adulation and disgust for his leader, in a perpetual state of intense distress because, he believes, the “beautiful” movement has gone too far. Wilford affectingly voices his concerns in the show’s opening song, “Too Much Heaven on Their Minds,” in a performance that’s even more riveting in a YouTube video, where he’s accompanied by only his own guitar (at youtube.com/user/sigtheatre).

Creating a counterbalance to Judas, Calarco gives the role of Mary Magdalene new weight and prominence — perhaps in a nod to recent recognition that Mary actually was not a prostitute but rather a true apostle. Natascia Diaz, fresh off a turn as Anita in Signature’s “West Side Story,” portrays Mary as a powerful figure, as committed to maintaining peace among the disciples as Judas is to stirring up dissent. Diaz and Wilford often flank Jesus throughout the show, positioned as his most devoted and influential followers. So in this production, Diaz’ gorgeous rendition of “I Don’t Know How to Love Him” seems to describe yearning that is more about religious devotion than romance.

Superstar’s Jesus may be the most difficult role of all, written as an all-too-human man gripped by fear, doubt, and a dose of self-pity who nevertheless must be convincing as a reputed savior. Nicholas Edwards gracefully navigates this dichotomy, by turns despondent and commanding until he delivers his fabulous prayer, “Gethsemane,” bringing a final resolution to his inner conflict.

Beyond the three lead roles, much of the cast is filled by veterans of Washington-area stages. As King Herod, Sherri L. Edelen lends her characteristic sass and swagger to a strangely lighthearted song whose humor comes out of the blue. And as Pontius Pilate, Bobby Smith brings suitable gravitas to his exchanges with the unruly populace and Jesus himself.

For the transition from album to show, in some ways less may have been more. Although the production relies on lyrics alone to tell the story, the singers’ voices and words are occasionally overwhelmed by orchestrations, especially in the expository songs that open the show. And while Karma Camp’s inventive choreography successfully evokes religious fervor, conflict, and the perversion of Jesus’ teachings, it can be difficult to focus on a singer who’s surrounded by a dozen cast members in perpetual motion, literally thumping their Bibles.

All this activity takes place on Luciana Stecconi’s spare and flexible set, which easily morphs from Roman street scenes and temples to a secluded garden and the site of the Last Supper with the help of Zachary G. Borovay’s projections. Lighting by Jason Lyon is also effective, especially when God makes an appearance.

Perhaps it was easier to pull this show off 45 years ago with performers who resembled a bunch of intrepid hippies, seemingly improvising in uncharted rock-opera territory. But now as then, the show still comes down to its marvelous songs, putting timeless questions of divinity, spirituality, and social justice to a contemporary beat.

“Jesus Christ Superstar” is on stage at Signature Theatre through July 2. 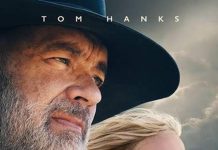