Nearly 100 years ago, a man named Fritz “Frank” Frager got laid off from work at the Navy Yard in DC. It was the end of World War One. But instead of trying to find another job, he decided to put what money he had toward opening a local hardware store on Capitol Hill—Frager’s Hardware.

Frager’s has prospered through the decades with community support and the leadership of first the Frager family and later co-owners Ed Copenhaver and John Weintraub. Now as it nears a century of business on the Hill, it has passed to new owners, husband and wife team Gina Schaefer and Marc Friedman.

Schaefer and Friedman officially took over Frager’s on May 9. They will transfer it from a True Value cooperative hardware to an Ace Hardware coop and will take over the transition from the current location at 1323 E St. SE to the new development in construction on the 1100 block of Pennsylvania Avenue SE.

And just as it passed from the capable hands of the Frager’s to Weintraub and Copenhaver, Weintraub has faith Schaefer and Friedman will offer the same strong leadership.

“Just in talking and planning the transition, they seem to have a tremendous knowledge of the hardware business and running multiple stores,” he said.

Frager’s Over the Years
Weintraub and Copenhaver met in college at the University of Virginia. They both went into the military—Copenhaver in the Navy and Weintraub the Coast Guard. Years later, they both found themselves in jobs in DC, and they decided to try giving business ownership a shot.

Fritz Frager had passed his business on to his two sons, but when they reached their 70s they didn’t want to manage it anymore, Weintraub said. So in August of 1975, after debating whether or not a hardware store was the right path, Weintraub and Copenhaver decided to buy Frager’s at 1115 Pennsylvania Ave. SE for $67,500. One brother walked away and never returned, but the other stayed with the new owners for 10 years to help out.

“From day one, we had many many customers,” Weintraub said.

Then on June 5, 2013, tragedy struck. The store caught fire, and the four-alarm blaze destroyed the interior entirely, burning for more than three hours. Frager’s refused to give in, though. Less than a year later, they had the operation up and running at several sites: the hardware and Just Ask Rental center at the current location 1323 E St. SE and garden center across from Eastern Market (now next door to the hardware). The paint center was located at 1129 Pennsylvania Ave. SE until developers bought the site for redevelopment.

“The fire happened on a Wednesday and we were set up doing business on Sunday at the Pad across from Eastern Market where Mayor (Vincent) Gray helped cut the ribbon,” Weintraub said in 2014. “We had to re-establish even the most basic of operations, like setting up a cash register.  It was because of the great staff that we were able to go forward.” But Weintraub always wanted to return to the 1115 site.

An Offer From Perseus Realty
In October of 2015, Weintraub finally found a partner to help him rebuild the hardware store. Perseus Realty, a DC-based developer, bought the still vacant store and lot on the 1100 block of Pennsylvania Avenue SE, and began planning for a mixed-use development with condominiums and ground-floor retail.

The Perseus team understood the value of Frager’s to the community and worked side-by-side with Weintraub on the plans. Frager’s signed a 25-year lease with the developer.

The project for Penn 11 (penn11.com) broke ground on May 6, and is scheduled for delivery at the end of 2018, said Adam Peters, Perseus Head of Development.

“We were drawn to it because of how important it was to the community,” Peters said. “It’s such a significant site.”

The new building will include four stories above the ground floor retail with 34 condominium units; lower level garage space; the 9,000-square-foot Frager’s Hardware; 3,000 square feet outside for the garden center; and two other retail spaces for community retail, a coffee shop or restaurant.

The neighbors are interested to see what the new store brings, but hope nothing changes the “soul” of the store, said Advisory Neighborhood Commissioner Kirsten Oldenburg (6B04).

“Someone mentioned to me recently that several years into the E Street building, Frager’s interior feels just like the old store—and he is right,” Oldenburg said. “So I tend to think that a few years into the new shiny store, Frager’s will seem like its old self.”

When Weintraub decided it was time to sell and couldn’t find anyone to take it over in the True Value coop, he approached Schaefer and Friedman. The two had experience working with Perseus Realty when they built their Ace Hardware store, Logan Hardware (1734 14th St. NW).

Weintraub will stay on with a three-year consulting contract, but the reins have passed to the Ace hardware duo.

New Owners, New plans
Schaefer and Friedman own 12 hardware stores in the DC, Alexandria and Baltimore areas. Schaefer has also served on the board of directors for the Ace Hardware coop, and the two know the ins and outs of the hardware business.

“I jokingly said 11 years ago that I was the owner of ‘a few good hardware stores’ because we had three,” Schaefer said, “obviously not knowing that I would one day own 12, and so it stuck.”

She and her husband value the unique identity and community support of each of their stores. That’s why they will keep the Frager’s name on the store—that’s how the community has always known it, she said.

“I’ve always wanted Frager’s to be a part of our stores,” Schaefer said. “We operate under the same principals, same core values. I love Capitol Hill.”

Schaefer and Friedman will also keep the Frager’s staff, especially because they know how the store works and what the community needs. That will also transfer when they move into the new location.

A few differences shoppers might notice are the items for sale. They’ll stock party supplies, more pet supplies and more house wares, she said. They also carry the Craftsman brand of tools and Benjamin Moore line of paint.

“Everything will be new, but we’ll do our best to make it feel like it’s been there for a long time,” she said.

As for Weintraub, he’ll help out through his consulting contract and will continue shopping at Frager’s. (Schaefer gave him a free hardware account for the rest of his life.)

Selling the store gives him and his wife a chance to travel and enjoy time like they never have before, he said. He has a daughter in Steamboat Springs, Colo., who he hopes to visit and ski with. But he won’t forget what Frager’s has added to his life.

“I put my two girls through college, raised them on the Hill,” he said. “And it was fun, it was good working with Ed. My wife at various times worked in the store, my kids worked in the store off and on. And we watched the neighborhood just get better and better over the years.” 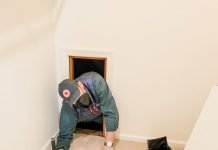 What is A Home Inspection 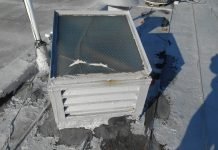