BookFest on May 7!
Meet the local literary talent at the Literary Hill BookFest, Sunday, May 7, 11 a.m. to 3 p.m., in the North Hall of Eastern Market. More than 40 authors will be joined by Capitol Hill booksellers, publishers, and others for a celebration of books and writers.

Highlights include a series of exciting author talks:

2:00     Breaking Barriers: Carol Booker (“Alone atop the Hill”) and Lori Stokes (“The Gentleman from Ohio”)

For more, visit www.literaryhillbookfest.org and follow us on social media @theliteraryhill.

Down But Not Out
Prepare for what one character in Nick Mann’s “Wounded” calls “a serious case of disaccustomcy.” In his new novel the author challenges readers’ perceptions even as he draws them in with his serious flair for storytelling. He weaves together a powerful narrative of loyalty and friendship, told through the intertwined stories of three African-American men who grew up together in DC, with a rich perspective – both historical and contemporary – on the black experience in the nation’s capital.

Tracy Brown, a giant of a man, became a military commando, did three tours of duty in Vietnam, and returned a decorated general. Ben Parks went to college, earned his PhD, and built a successful career as a teacher and organizational consultant but is less adept in his personal life, leaving a trail of failed relationships.

Levi Chance met his two lifelong friends after losing his childhood home in Southwest to urban renewal. Brought up by an adopted aunt and uncle after the death of his parents, he parlayed his musical gift into a stint with the US Army Band and later became a producer in his own recording studio. Unfortunately his eight years in the military left him with two coping mechanisms: losing himself in his music and drinking. “He wasn’t a loud drunk,” writes Mann. “He didn’t even drink much in public. But he was a drunk just as sure as anybody.”

Through Vietnam, college, careers, marriages, divorces, parenthood, and alcoholism the three friends maintain their strong bonds of friendship, looking out for one another and finally coming together to help heal one of their own.

Reading about the pain experienced by characters as fully realized as these may not be easy, but “Wounded” is a book that deserves a wide readership, especially today, and especially among those who may not otherwise be “accustomed” to its tough but essential message.

Nick Mann earned his doctorate at Howard University in human communications and, since 1976, has worked as an organizational development practitioner. “Wounded” is a continuation of the story he began in his first novel, “Forgetful.” Find him at www.sbprabooks.com/nickmann –and at the BookFest.

Putting Out Fires
Doug Mendel has been to more than 50 countries, but it was Cambodia that captured his soul in 1997. “The combination of the culture, the spirituality, and the people made Cambodia feel like home,” he writes. “And,” as the former firefighter from the Colorado Rockies soon discovered, “my home needed my help.”

Mendel decided that the best way he could help the people to whom he felt such a strong bond was by making their lives a little safer. In “Cambodia Fire,” written with Mark Palz, he describes his mission to send firefighting supplies and equipment halfway around the world.

He ended up making more than 18 trips to Cambodia, delivering supplies to firehouses throughout the country purchased with donations to his Douglas Mendel Cambodian Relief Fund. His biggest challenge by far was getting a donated 15½-ton firetruck from Colorado to Sihanoukville, a logistical feat even he seems hardly able to believe he pulled off.

“Cambodia Fire” tells the story of his travels and his love affair with Cambodia, evoking the exhilaration of the exotic aromas, insufferable heat, and death-defying traffic of Phnom Penh and the lush green serenity of the countryside. Mendel also relates his spiritual journey, recounting how he was inspired to simplify his life and move beyond the “invisible borders of safety and order.”

When Mendel made his final trip to Cambodia in 2012, he realized that he was a different man from the one who arrived there 15 years before. “I was evolving,” he writes “What I accomplished up until this point was wonderful, but the future is going to be different. I created a legacy that I hope can continue, in whatever form it turns out to be best.”

Mendel, who is also the author of the children’s book, “The Adventures of Cassie the Koala and Karl the Kangaroo,” now lives on Capitol Hill. Find him at www.dougmendel.com and at the BookFest!

The Hill Center offers a Talk of the Hill with Bill Press featuring Christine Brennan, sports columnist for USA Today, May 15, 6:30 p.m. Free but register at www.hillcenterdc.org or 202-549-4172.

The Library of Congress presents Books and Beyond readings with Patricia Fanning, author of “Artful Lives: The Francis Watts Lee Family and Their Times,” May 18, noon, and Steven Horsby, author of “Picturing America: The Golden Age of Pictorial Maps,” May 24, noon. www.loc.gov 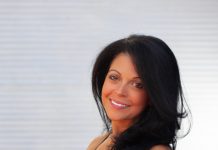 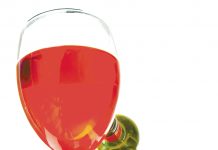