From MerleFest in North Carolina to Grey Fox in the Catskills, bluegrass festivals give fans a chance to catch rising stars and celebrated headliners, and maybe join an impromptu jam session. Usually these festivals are held in the mountains or some other bucolic place, with nature as a fitting backdrop to an organic style of music.

And then there’s Kingman Island, which was created a century ago from mud dredged out of the Anacostia River and used mostly as a dumping ground. Few DC residents had ever set foot on the island before 2010, when five local bluegrass bands played there for a couple hundred people at most.

On May 13 the eighth Kingman Island Bluegrass and Folk Festival will feature 40 acts on five stages, with about 13,000 fans expected. While the emphasis is still on local music, the festival is becoming more widely known in bluegrass and Americana music circles, and this year’s headliners are national acts. “We’re not sure really what to attribute the growth to,” said Michelle Subbiondo of Living Classrooms, the nonprofit organization that sponsors the festival. “I think people just like an excuse to go to an outdoor venue and hear great music.”

The past few festivals have raised about $100,000 a year for Living Classrooms, which manages Kingman Island as a hands-on educational resource as well as a destination for recreational activities such as hiking, biking, bird-watching, and fishing (don’t eat what you catch).

The popularity of the festival has made it more competitive for musicians who want to play, prompting organizers to adopt a rule that bands generally can’t appear two years in a row. One exception this year is The Woodshedders, whose set last year was cut short after five songs because of a downpour. “It rains at festivals, that’s just part of it,” said Woodshedders guitarist and songwriter Dwayne Brooke. “It was fun … I don’t want to curse the rain.”

The Woodshedders are a fine roots band, but with a drummer in the lineup they’re a far cry from bluegrass, which is also true for many of the other local acts on the bill this year.

The three headliners, however, are bluegrass and old-time music stars. Dom Flemons is a founding member of the Carolina Chocolate Drops. Frank Solivan & Dirty Kitchen, while locally based, is a national bluegrass powerhouse. And Town Mountain of Asheville, N.C., released one of the best old-time records of the last year, “Southern Crescent.” The album features beautiful playing and powerful songs, with a whiff of Cajun influence, especially in some of the fiddling and dance-friendly tempos that are more like country shuffles than hard-driving bluegrass. That’s partly because it was recorded at the Cypress House studio in Breaux Bridge, La.

Town Mountain decided to work there after playing at the Blackpot Festival in Louisiana and getting a taste of the local culture, which revels in music that makes people want to dance. “We inherently have that kind of groove, and we wanted to capitalize on it,” explained banjo player Jesse Langlais. “We said, ‘Let’s go back and see if we can’t push a little of that into our music.’”

In the year since the release, Town Mountain has appeared at the Grand Old Opry and other major venues as well as many outdoor festivals. “It’s hard to imagine the popularity of bluegrass music without festivals,” said Langlais. “They really created the culture.”

Part of the festival experience, he said, is the jam sessions in the parking lot or campground. This year, for the first time, Kingman Island will have an area for jams, and you never know who might turn up. “We still do it, depending on our schedule,” said Langlais. “If we have time, we’re probably gonna find our friends and pick.”

Kingman Island Bluegrass and Folk Festival is on Sunday, May 13, noon-9 p.m. Enter from the RFK Stadium parking lot. For lineup and ticket information go to www.kingmanislandbluegrass.info.

The event is green and waste-free – fans are encouraged to ride bicycles or take the DC streetcar or Metro. 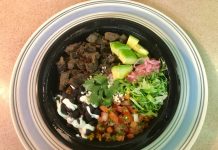