Creeping, crawling, feeding under the covers of night. They move in swiftly, only to retreat soon after to the safety of cracks and crevices. They’re called bed bugs.

These two infestations are part of a much larger problem in the District. A national exterminating company, Orkin, has ranked Washington number two on its list of cities with the most reports of bed bugs. Baltimore came in at number one, Chicago number three, and New York City number four.

Extermination options like heat and chemical treatments can work, but people also need to understand how the bugs operate in order to prevent their spread in a close-quarters space like DC, said University of Maryland Professor of Entomology Michael Raupp.

“While you can solve the immediate problem in the school, there has to be an educational element as well,” Raupp said. “Otherwise this is going to become a recurring problem.”

What Are Bed Bugs?
Bed bugs are small parasites that suck on human blood at any point on the body. They will feed for 3-10 minutes before returning to cracks or safe hiding spaces. Unlike ticks or lice, they don’t need a human host to survive, Raupp said.

The bugs started out hundreds of thousands of years ago as “bat bugs.” They fed on the nocturnal mammals until humans started living in caves shared by the bats, Raupp said. The bugs migrated to the humans for a richer source of blood.

The bugs plague people by infesting furniture, carpets, and living spaces, especially mattresses. When scientists invented DDT, an insecticide now banned for its toxic properties, it eradicated much of the problem starting in the 1930s. Safer synthetic pyrethroid products took over and continued to work until the bugs became resistant.

Since the early 2000s the bed bug problems have “skyrocketed,” Raupp said. The bugs have also evolved to detect increased carbon dioxide levels that indicate when people are asleep in one location. Then they feed.

How Do You Get Them?
The bugs are good hitchhikers, explained Jesse Jardim, owner and founder of Superior Bed Bug Solutions (www.superiorbedbugsolutions.com) in Alexandria. “One way they can spread is if you come into contact with them, they can latch onto your clothes and will stay still,” he said.

Jardim, his crew of employees, and his K9 detection unit specialize in bed bug investigation and extermination. Bed bugs infest and hide out in furniture, backpacks, clothes, boxes – any item than can give them a ride to the next human source, he said. They can lay eggs anywhere, and adult bugs can live for up to a year without feeding.

The main ways people get the bugs are:

Jardim recently treated a school for bugs and said the problem came from mattresses the children used during naptime. The school would send the linens home with the children each week for the families to wash, but one set must have come back with the bugs.

Raupp has heard of outbreaks in places like clothing stores, theaters, and businesses because people with the bugs bring them in on their clothes. “These guys are tremendous hitchhikers and very very stealthy,” he said. “They could be in a sofa or a bureau from a secondhand store, a chest of drawers that someone put out on the side of the road.”

Heat treatments range in cost from $1,800 to $2,800 depending on the building size. The bugs can’t adapt to heat blasting as they can to some chemicals, Jardim said. He and his team will start by bringing their dogs to find the origin of the bug problem. Bed bugs give off a distinct odor, which the dogs can identify after training at the World Detector Dog Organization.

Then Jardim shuts down the space, brings in specialized heaters, and blasts the building at 135 degrees F with dry air for about three hours. His team is usually in around 8 a.m. and out by 2 or 3 p.m. depending on the size of the job. Owners have to remove a few items for safety, but the heat won’t damage electronics, seals, and other items, he said. “It works like a convection oven, like you’re cooking a Thanksgiving turkey. You get it all the way through,” Jardim said.

DCPS indicated in its FAQ sheet to families that it works with the DC Department of Health and the Department of General Services to hire pest-control services in the case of an infestation.

But it doesn’t stop there. People need to schedule follow-up inspections and stay on top of cleanliness, Raupp said. Remove piles of papers, clothes, or items that the bugs could hide in. Place entrapment devices on bed legs. Put on mattress encasements.

To learn more, visit Raupp’s website, www.bugoftheweek.com, and look for the “Bed Bugs in the News” article. 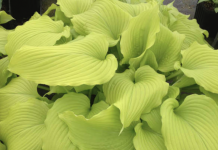