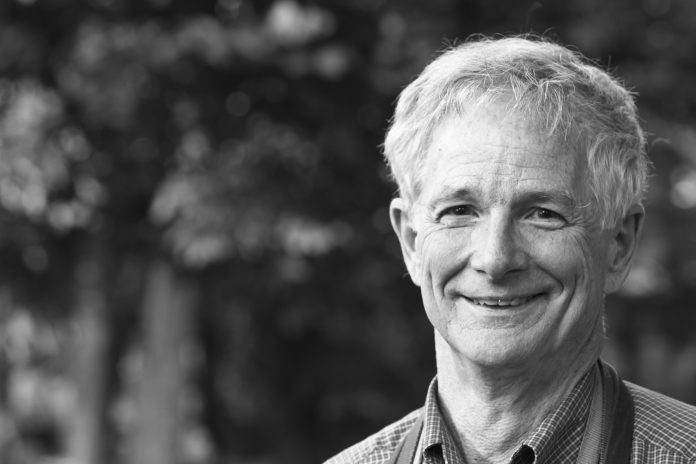 On any given evening you could always find Bill Phillips in Garfield Park accompanied by a St. Bernard. I often encountered him as I walked home after a day at the Hill Rag. As we watched our dogs play, Bill and I would talk about the neighborhood, the city, and national politics. In an age when many of our titans of industry exhibit an Olympian disdain for the less fortunate, his comments always combined business acumen and a strong dose of civic responsibility, leavened with a wickedly dry, understated sense of humor. The paper and I benefited from his advice as a devoted reader. As my knowledge of the neighborhood deepened, I came to appreciate how this quiet, understated man had shaped Capitol Hill, the neighborhood he loved.

William “Bill” H. Phillips III died on Dec. 31, 2016, at George Washington University Hospital after a stroke. He was 72.

Religious Roots
Bill was born on Nov. 20, 1944, to Mary Patricia Smyth and William H. Phillips Jr. in Baltimore, where he spent the first 15 years of his life. A devoted Catholic, he joined the Christian Brothers during his freshman high school year. He attended Calvert Hall, the brethren’s local school, until his family’s relocation to Florida in 1959. After graduating, Bill spent a “novitiate year” of spiritual formation with 33 other young men. He then attended La Salle College in Philadelphia, another Christian Brothers institution.

Ultimately Bill choose not to become a Christian Brother, transferring to Fordham University in New York City, where he took a bachelor’s degree in political science. Bill continued to volunteer in affiliated Lasallian organizations, and in 2016 the order recognized him as an Affiliated Member of the Institute.

The order had a profound influence on Bill’s life. He lived by their golden rule. “It’s do good, avoid evil. It’s, you know, be a good neighbor,” he stated in a Jan. 17, 2013, interview with Stephanie Deutsch for the Ruth Ann Overbeck Capitol Hill History Project.

A Career in Banking
After a year at Fordham, Bill returned to Orlando for health reasons. He worked in a variety of jobs, including insurance sales. Bill was no salesman, but he discovered a flair for finance and decided to pursue a career in banking. A go-getter, he canvassed the trust departments of Orlando’s financial institutions for opportunities. He was hired as a trust officer at the Commercial Bank of Winter Park in 1970. This began a nearly 46-year career in banking that took him from Orlando to Birmingham, Ala., and eventually to Washington, DC.

In 2002 Bill founded William H. Phillips & Company, a trust and investment consulting practice. At the time of his death the firm had $24.6 million under its management for 41 private clients.

A Love of Politics
While in Orlando, Bill became interested in politics. In 1970 he volunteered for Lawton Chiles, who was walking across Florida waging a poorly funded senatorial campaign. “I was on the volunteer staff and I would drive him around, pick him up, do this, do that, because he would walk for a while and then stop and do some other things and go back to where he left and pick up and walk some more. But he did, he walked every step of the distance,” Bill recalled. Chiles won.

Bill volunteered for Bill Gunter’s successful congressional campaign and worked on Gunter’s later bids for the US Senate in 1974. His political work brought him attention. Bill was appointed to Orlando’s Board of Zoning Adjustment, which he chaired from 1974 to 1977.

In 1977, after his career led him to Birmingham, Bill continued his civic engagement. Falling in love with his new town, he got involved with the Birmingham Chamber of Commerce, the Alabama Bankers Association, and the city’s Industrial Development Board. When an unarmed African-American woman was mistakenly shot by a white police officer, Bill joined a delegation that worked with local civil rights leaders to keep the city calm. “So,” Bill recalled, “the six guys go in the room, and we talk, and essentially the African-Americans tell us, Look, we can take care of this. But we’re telling you, this is the last time we’re going to do it. Taking care of this means keeping a lid on it.”

When Bill was let go from his banking position in 1986, he turned to full-time political work, moving to Chattanooga, Tenn., to campaign for incumbent Democratic Congresswoman Marilyn Lloyd. After Lloyd’s reelection he took a position as legislative director for Ben Erdeich, Birmingham’s Democratic congressman. When Erdeich was elected chair of the banking subcommittee of the House Banking, Finance and Urban Affairs Committee, Bill became its staff director.

Leaving congressional work in 1992 after Erdeich’s defeat, Bill joined his political and banking experiences as a lobbyist at the American Bankers Association. For a decade he focused on deepening the organization’s relationships with its state affiliates. Most importantly, however, the job kept him in the District.

A Faithful Parishioner
When Bill arrived in Washington he settled on Capitol Hill at the suggestion of a co-worker. He joined St. Peter’s, a local Catholic congregation, where he came under the charismatic spell of its pastor, Rev. Michael J. O’Sullivan. Bill attended Mass daily, often assisting as a lector, Eucharistic minister, altar server, or sacristan. At O’Sullivan’s urging he started a parish endowment, serving as chair of its financial council for many years.

“It will be months before the community comes to grips with just how much Bill did for all of us on the Hill. His spirit is woven into the fabric of our parish. His physical presence was everywhere – as an altar server and reader and as a guiding force in our parish financial stewardship,” stated Lynn Marsh Freeman, St. Peter’s rectory manager.

“He worked tirelessly on social justice issues, especially as they affected our neighbors. I think of him scheduling events for Capitol Hill Village and seminars for the parish. I think of him helping our senior parishioners with the tricky issues of managing their finances or moving out of their homes and into assisted living,” Freeman recalled. “But most of all I think of his smile and his cheery ‘Well, hello’ greeting. May his spirit of service live in all of us.”

In 2014 the Archdiocese of Washington awarded Bill its 75th Anniversary Medal in recognition of his many years of service to St. Peter’s. Perhaps most importantly, St. Peter’s is where Bill met his wife, Monica C. Sullivan. “We met through a program called Renew, which consisted of small groups of people discussing their faith in their homes. After a few weeks I got up my nerve and asked him out to a lecture at St. Peter’s,” recalled Sullivan. “We started sitting in the same pew and that’s how it got started.”

They married in 1993, after purchasing a home a few blocks away across from Garfield Park.

The Good Neighbor
In his Overbeck interview, Bill described Garfield Park as his “front yard.” “You don’t want trash in your front yard. So, you go out and pick up trash,” he said. Bill joined his neighbors in monthly cleanups. “We found a lot of needles and other things that you don’t want to find,” Bill recalled. When the organizers retired or left the Hill, Bill took over responsibility for cleanups. He formed Friends of Garfield Park (FGP), a nonprofit, to support the effort and was its president.

Bill would prove a tenacious fundraiser. He began by partnering with neighboring Capitol Hill Day School. To this day the school, which uses the park as a recreational space for its students, contributes annually to FGP. However, Bill had his sights on deeper pockets. Whether it was the DC Department of Transportation or the railroad giant CSX, if a construction project bordered Garfield Park, Bill made sure they contributed to the improvement of his “front yard.”

Under Bill’s watchful eye Garfield Park was transformed from a dilapidated, overgrown, trash-filled eyesore into an important community amenity. The tennis and volleyball courts were repaired and bocce courts built. Gardens sprouted. Pet waste stations were installed. An extensive playground was constructed and the space under the freeway was repurposed as a skate park. On any given day, the park throngs with strollers, dogs, students, sports enthusiasts, and skaters.

“Bill’s presence on the Hill will be missed greatly, perhaps nowhere more than at Garfield Park,” stated Ward 6 Councilmember Charles Allen. “The park has had no better friend, and Bill cared for it as if it were his own front yard. There was no detail too small. He knew if the grass was cut too high, if the playground gate was locked, and if the swings needed more mulch. His vision and passion for this special park and space is one that we all have a duty to continue.”

Bill’s work with Garfield Park connected him to the larger Capitol Hill community. After becoming acquainted with the work of the Capitol Hill Community Foundation (CHCF) while securing grants for FGP, he joined its board of directors and served as its secretary. As a member of the Community Grants Committee, he visited applicants across the neighborhood to evaluate requests for funds.

“Bill was passionate in his view that the foundation should be as generous as possible in helping to meet the needs of our community, especially in supporting the safety net provided by the Capitol Hill Group Ministry and other social service organizations. We miss his good judgment, good cheer, and friendship, and we always will,” stated CHCF President Nicky Cymrot.

Bill joined the efforts of the Capitol Hill Group Ministry in assisting the Hill’s less fortunate residents. There he met Martha Huizenga, another ministry volunteer, who was the president of the Capitol Hill Association of Merchants and Professionals (CHAMPS). Huizenga asked him to serve as her vice president. Together they transformed the organization into the neighborhood’s chamber of commerce. Bill served as CHAMPS president himself from 2009 to 2011, when he helped develop Celebrate Capitol Hill, the organization’s nonprofit foundation, and served as treasurer.

“Bill loved Capitol Hill. He saw CHAMPS as a way of uniting the community’s small-business sector. He was instrumental in CHAMPS’ efforts at communicating with the District leadership, and in honoring outstanding businesses through the Hilly awards,” stated Mark Weinheimer, former president of CHAMPS. In more recent years Bill lent his financial talents to Capitol Hill Village, an organization devoted to helping senior residents age in place. There he created and managed the group’s endowment. In 2013 CHCF honored him with its prestigious Capitol Hill Achievement Award.

“Everything I do comes from the core values I learned from the Christian Brothers. You have got to give back,” Bill told his Overbeck interviewer.

As you stroll through the sylvan grounds of Garfield Park, gazing up at St. Peter’s newly repaired spire, think of Bill’s gift for giving back and how it transformed the neighborhood in which we dwell. 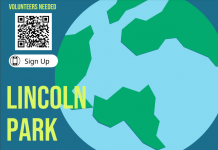 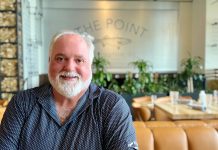 Gregory Casten is Making The Point

Volunteer to Help a DC Student Apply to College

Eat at Lavagna to Support the Anacostia Riverkeeper