January is a great time to get out and walk along the Anacostia. We need the exercise after the holiday indulgences. The weather is often brisk but not always bitter. The light is slanted and the colors are muted. Perhaps most important, the sightlines are more open than when all the leaves are out, so the vistas are more dramatic than other times of the year. And we have some magnificent vistas to take in.

There are three walks, in particular, that I think are great for their winter landscapes and water views. One is a place I had passed any number of times, but stopped at for the first time only the other day. Another is a set of open views of wilderness right here in the City along the newest stretch of the Riverwalk Trail. And the third is a pair of scenic islands where the future holds for a lot of change, hopefully for the better.

The South Capitol and 11th Street Bridges Loop
This is about a four-mile loop walk along the water, and you can start it anywhere along the way. Starting at the 11th Street Bridge, for example, you can walk down either side, cross the South Capitol Street Bridge and walk back on the other side to the first bridge and your starting point. If you start down the Anacostia side, you have a long stretch of open spaces along the trail, and long vistas up and down the River. On the Capitol Hill side you have the Navy Yard walk along the water and the parks, restaurants and high-rises of the Capitol Riverfront all the way to the baseball stadium.

But the best part is the walk over the South Capitol Street bridge and the views upriver. There is a walkway well-separated from the traffic on the north side of the bridge that widens out at the center point. From there the views up both sides of the River are spectacular, with the Riverfront development and the Navy Yard on the left, and a sweep of greenery on the right all the way to the 11th Street Bridge and the dramatic freeway ramps beyond. I have crossed this bridge countless times in a car and never noticed very much the views upriver, which can only be seen and appreciated on foot. Just be sure to take the complete loop to get the full effect.

The Newest Section of the Anacostia Riverwalk Trail
This is a short walk at the beginning of the newly-opened five-mile Riverwalk Trail segment that completes the Trail from Benning Road NE to the Bladensburg Marina. Start at the park on the east side of the River at Benning Road; park on Anacostia Avenue in River Terrace, where the new segment begins, and walk under Benning Road and the Metro Orange Line overhead. The first of many vistas of the River and the far shore opens up just as you clear the bridges; as you look across the River, the marshes and the flats to the hills beyond there is not a single sign of humanity. It is difficult to believe you are in the center city of a metropolitan area of four million. To some extent this is due to the presence of the Langston Golf Course and the National Arboretum on the other side, but it is still a remarkable experience.

The phenomenon repeats itself several more times as you move along the Trail for several hundred more yards; each opening in the trees and brush reveals another view of a wilderness of land and water. From there the Trail winds uphill past the site of the old PEPCO power plant, into the Mayfield Parkside neighborhood, around the old Kenilworth playing fields and back down into the woods along the River. There are other beautiful views of nature if you keep walking, especially as you pass the Kenilworth Aquatic Gardens and emerge from under the New York Avenue bridges on a long walkway over the water. Now you are in Maryland and it is only a mile or so to the Bladensburg Marina Park.

Winter is a special time in these parts of the land along the River. You can see through the brush and trees and catch the light on the water, the marshes and the tidal flats with patches of ice and snow around the edges.

Kingman and Heritage Islands
These two islands, under long-term lease by the City from the National Park Service, are located just north of the RFK Stadium and accessible from the RFK parking lot or the west bank Riverwalk Trail, which runs between the Navy Yard and Benning Road. The entrance gate to the islands is located about half-way between the stadium and Benning Road.

The islands have been the subject of a range of proposals, the most dramatic of which was to build an amusement park. Right now they are being managed for the City by Living Classrooms, a non-profit environmental education group. They have restored and built bridges and trails and have proposals for a covered classroom and picnic areas, among other things. Most important, the City is about to begin a public planning process to set out objectives and projects for future public use of the islands.

Right now, a visit to the islands is a mixed experience. There is a lot to enjoy, but a lot of potential for improvement. Walk through the entrance gate and you are quickly swept onto a wooden pedestrian bridge which takes you first to Heritage Island and then to the larger Kingman Island. Heritage has a loop trail that skirts wetlands and tidal ponds as it winds around the island; in places it is muddy and the walkways are in need of repair. As you walk the longer bridge to Kingman you pass the boat dock where canoes are stored for Living Classrooms – splashes of red in the brown and white winter landscape. The results of a large project to remove an asphalt pad on Kingman are evident as you enter through an extensive meadow that has replaced the paving. Other trails and roadways are spread around Kingman; some will likely be slated for removal, others for restoration.

Now is the time to visit these islands, to formulate your ideas of what they should be. Walk the trails, cross the bridges and dream about what these islands should offer the public. Then take part in the public process set up by the City to make plans for their future. It will only work if folks like you get out there and decide what we should make of these natural assets so close to home. 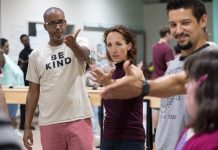 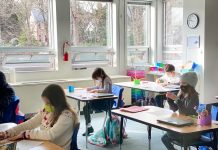 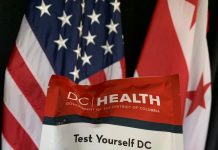 Test Yourself for COVID-19 at Home

Fly Through the Air at the Trapeze School