As we begin a new year, let us pause for a moment to look back on those businesses that have said goodbye in recent months. The Argonaut (1433 H St. NE), a family-friendly staple, and the first Joe Englert-backed business to open along the Corridor, suddenly ceased operations in July. It was an unexpected blow to many locals, and this past month brought news of three more closings. In the same period, however, we learned of an even greater number of new restaurants and stores that will call our little corner of the District home.

Tree House Lounge Closes Up Shop
Trinidad’s Tree House Lounge (www.treehouselounge.com, 1006 Florida Ave. NE) has closed its doors. The tavern hosted its final shows in early December. The tiny live music venue welcomed local and regional bands as well as touring performers from all over. Tree House Lounge opened in April 2013, launching with a blues workshop. In the years that followed, Tree House brought a wide variety of music acts and genres to the intimate space. The tickets were cheap and the shows plentiful. The owners have indicated that they plan to offer the space for lease as a bar and restaurant.

Trader Joe’s Heads to Florida Avenue Market
Grocery chain Trader Joe’s (www.traderjoes.com) recently announced plans to open a location at 1240 Fourth St. NE, near Union Market (http://unionmarketdc.com, 1309 Fifth St. NE). The store will open on the first floor of the Edison building (http://edisonunionmarket.com), currently under construction, which will also feature 187 high-end apartments. Trader Joe’s will occupy about 15,000 of the building’s total 30,000 square feet of retail space, and should open in the latter half of 2017.

Blue Bottle Coffee to Open Near Union Market
California-based Blue Bottle Coffee (https://bluebottlecoffee.com) will open a 5,000 square-foot cafe and training center at Fourth and Morse in Florida Avenue Market. The site is close to the popular culinary attraction Union Market (http://unionmarketdc.com, 1309 Fifth St. NE). The space will include a cafe as well as a training lab, classrooms, and offices. Once the location opens it will serve as a regional hub for other Blue Bottle Coffee shops set to open in the District. Blue Bottle currently has cafes in and around San Francisco, New York City, Los Angeles, and Tokyo.

Bardo Closes Trinidad Location
The owners of Bardo (www.bardodc.com) announced in early December that their location in the Trinidad neighborhood (1200 Bladensburg Road NE) was permanently closed. Bardo will relocate to a new and much larger place on the Southeast Riverfront, near Nationals Stadium. Like its predecessor, Bardo Riverfront (25 Potomac Ave. SE) will welcome dogs and enthusiasts of outdoor beer quaffing and cornhole. The owners anticipate a March opening for the Riverfront location. It’s not yet clear what will become of the Trinidad space.

Stable to Replace Ocopa
Upscale Peruvian eatery Ocopa (1324 H St. NE) surprised and dismayed many fans with the confirmation that what was originally labeled a temporary closure for renovations would become permanent. A new concept, called Stable, by Swiss-born chefs David Fritsche and Silvan Kramer (both alums of Cafe Dupont) will take over the space. Stable will feature “unique food and beverage offerings in a relaxed and fun environment” with a menu that “showcases old family recipes from Switzerland combined with modern American fare.” The team anticipates opening in March.

Streetcar a Complement, Not Competition, for Bus Routes
Metro’s planning blog PlanItMetro (https://planitmetro.com) recently pointed out that the streetcar does not merely serve as an alternative for riders who previously rode the popular X2 and X9 buses down H Street NE. The streetcar appears to have attracted its own ridership, while numbers for the two major bus lines along its route have remained relatively stable or experienced minor declines that may mirror drops in usage for the Metro bus system overall. The streetcars, which remain free to ride, now have over 2,500 customer boardings on an average weekday.

New Tavern Coming to 1337 H Street
A new bar is coming to 1337 H St. NE, but we don’t know its name yet. Local blog Borderstan (www.borderstan.com/2016/11/30/duponts-dgs-deli-team-to-open-h-street-corridor-bar) connected the dots to the team behind Dupont Circle’s DGS Deli (cousins David and Nick Wiseman) and obtained paperwork referring to the bar as the Butcher’s Word. While the venture’s name might remain a bit of a mystery, we do know that the application requests an entertainment endorsement for occasional live music indoors, where the tavern will have seating for 65 patrons. We can also look forward to a summer garden with seating for an additional 15 customers (total occupancy load of 199).

This is not the first business proposed for the site in recent years. The Hilton brothers discussed opening a bar called the Spirit Room, and back in 2006 District officials intervened to shutter what they characterized as an unlicensed funeral home and mortuary operating out of the space. A Washington Times story (www.washingtontimes.com/news/2007/feb/16/20070216-123726-6845r) from early 2007 relates that an anonymous tip led to the discovery of two embalming machines in the building. The business owner, who reportedly possessed neither a funeral director’s license nor a certificate of occupancy allowing him to run any sort of business out of the location, denied that anything untoward was afoot. He further reportedly ascribed the anonymous tip to an unknown competitor, whom he referred to as a member of “the funeral mafia” or “funeral cartel.”
For more on what’s abuzz on and around H Street NE visit my blog at http://frozentropics.blogspot.com. You can send me tips or questions at [email protected]. 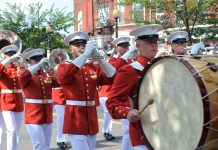 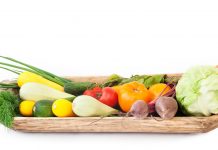 Central Farm Market is Coming to Half Street

EMCAC Report on Operations and Use of Seventh Street SE